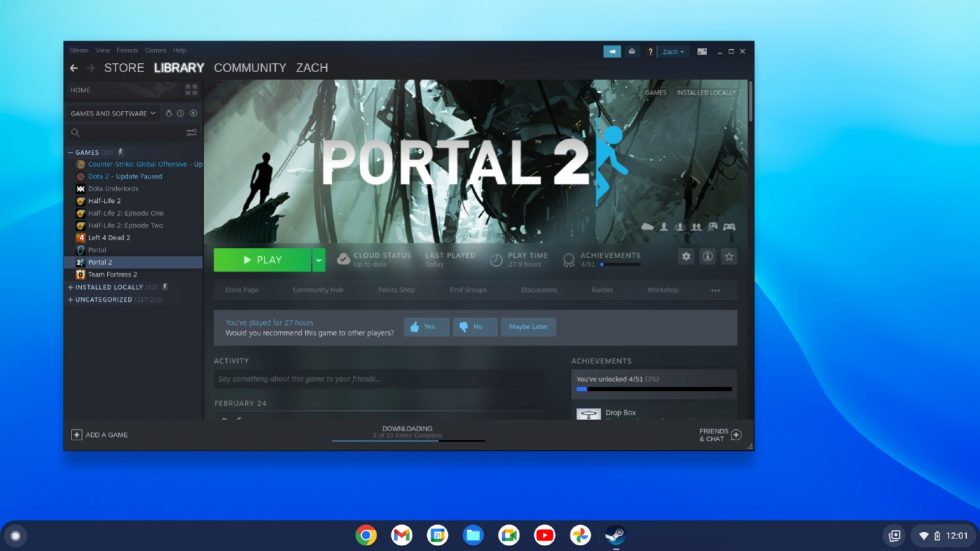 Google released today an “alpha-quality” build of Steam for Chrome OS devices. This release will allow Chromebook-wielding gamers to access their Steam library, all thanks to Valve’s Proton compatibility layer, which allows Linux-based systems to run Windows games.

For now, only a small amount of Chromebooks are supported, but the list should grow over time. You’ll note that these are high-end Chromebooks, given it does take a bit of computing power to run Windows titles on a machine. If you think these tech requirements are too much, you can always check out GeForce NOW or Stadia. Those are good options for getting AAA games onto nearly any laptop/tablet device.