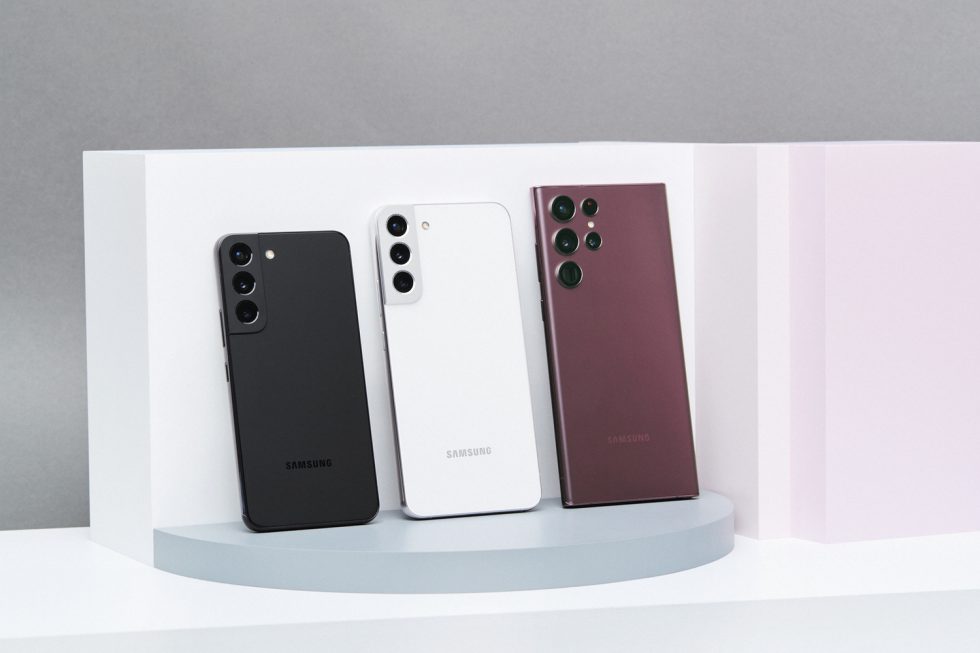 Samsung’s latest devices, the Galaxy S22 lineup, are now official. We learned a lot about these devices leading up to the unveiling, but as always, there were a few pieces of information that were either unavailable or inaccurate. Let’s go over all of the official details right now.

Consumers who pre-order a device are eligible to upgrade to the next storage tier when purchasing 128GB or 256GB models. This offer also includes Samsung store credit, totalling $200 if you order the S22 Ultra, $150 for the S22+, and $100 for the S22. Additionally, anyone who pre-orders an S22 device can also receive 25% off any Galaxy Tab S8 model. 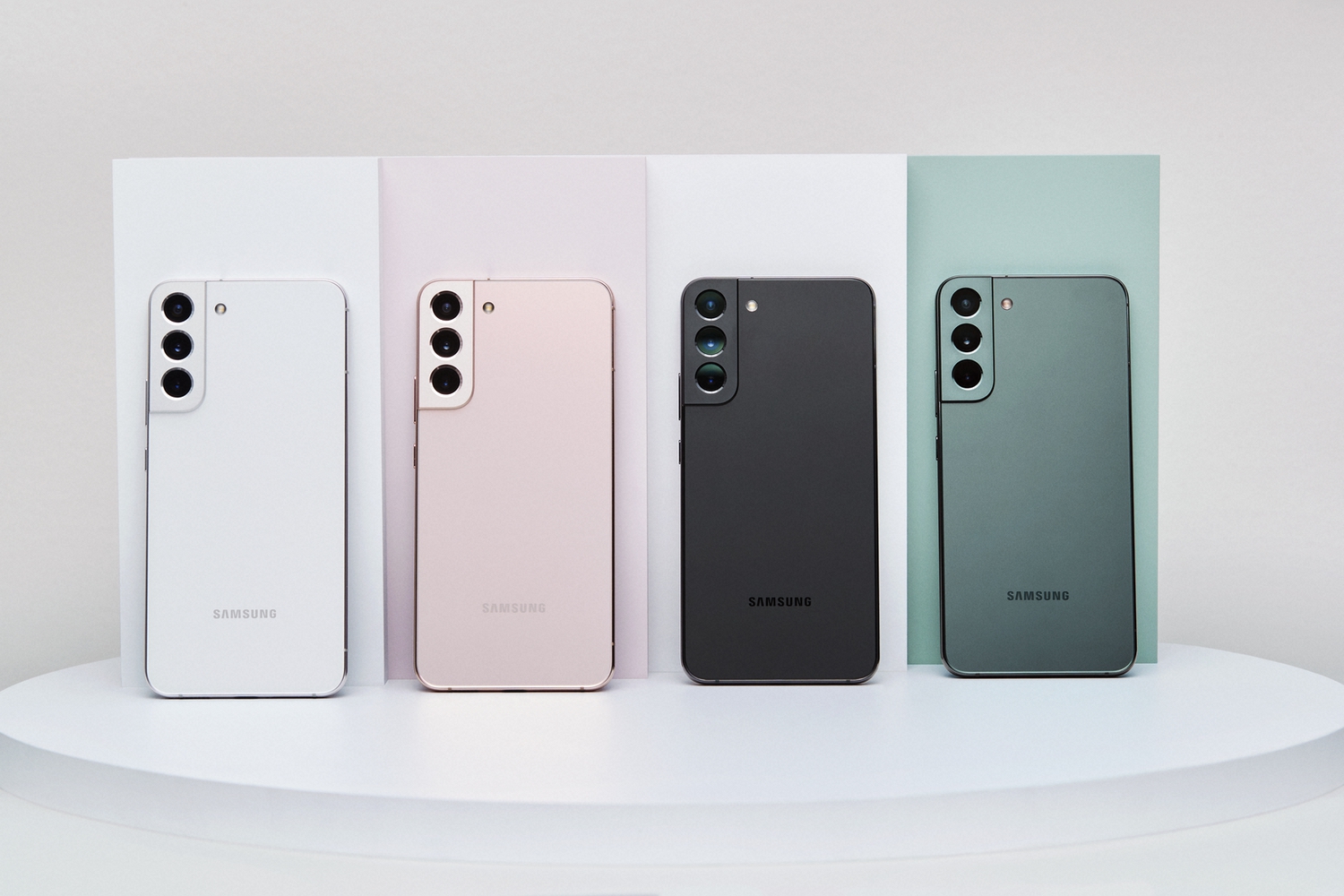 Comparing the two, there isn’t too much that separates the S22 from the S21 FE, but you’ll likely notice a difference in the hardware (not just size, but materials) and a big difference in the battery size. The S21 FE features a much larger 4,500mAh battery. Scholars will undoubtedly debate Samsung’s S22 vs. S21 FE decisions for years to come. 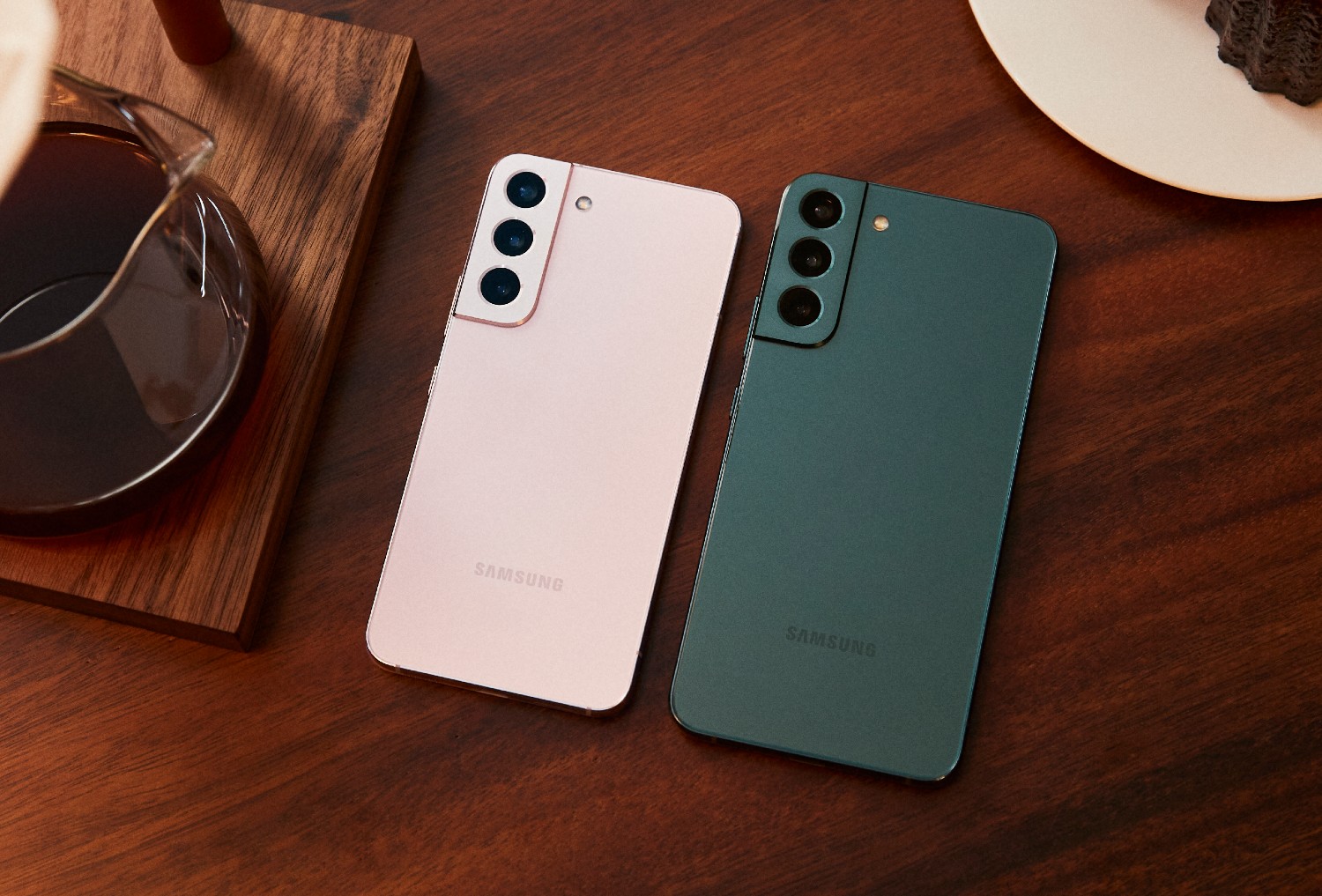 The Galaxy S22+ is also in a funky position, designed for those who want the big phone feel for the big phone price, but don’t need the S Pen. It features a 6.6-inch FHD+ AMOLED display with 120Hz refresh rate, Snapdragon 8 Gen 1 chipset, same camera system as the smaller S22, same storage and RAM situation as the S22, 4,500mAh battery, IP68 rating, and WiFi 6E. Notice that the S22+ has support for WiFi 6E, while the S22 is just WiFi 6. That could be a dealbreaker for somebody.

In the press release, Samsung highlights the upgraded, AI-powered camera system on both of these devices. The camera array consists of a 50-megapixel main sensor, 12MP ultra wide angle lens, plus a 10MP telephoto lens. According to the company, the phones will both offer an improved Portrait mode that is better equipped to handle pet portraits, improved night time shooting thanks to new “Nightography” features, as well as a new Auto Framing feature that detects and tracks up to 10 people in a shot and automatically adjusts the camera’s focus ensuring that everyone is looking great. 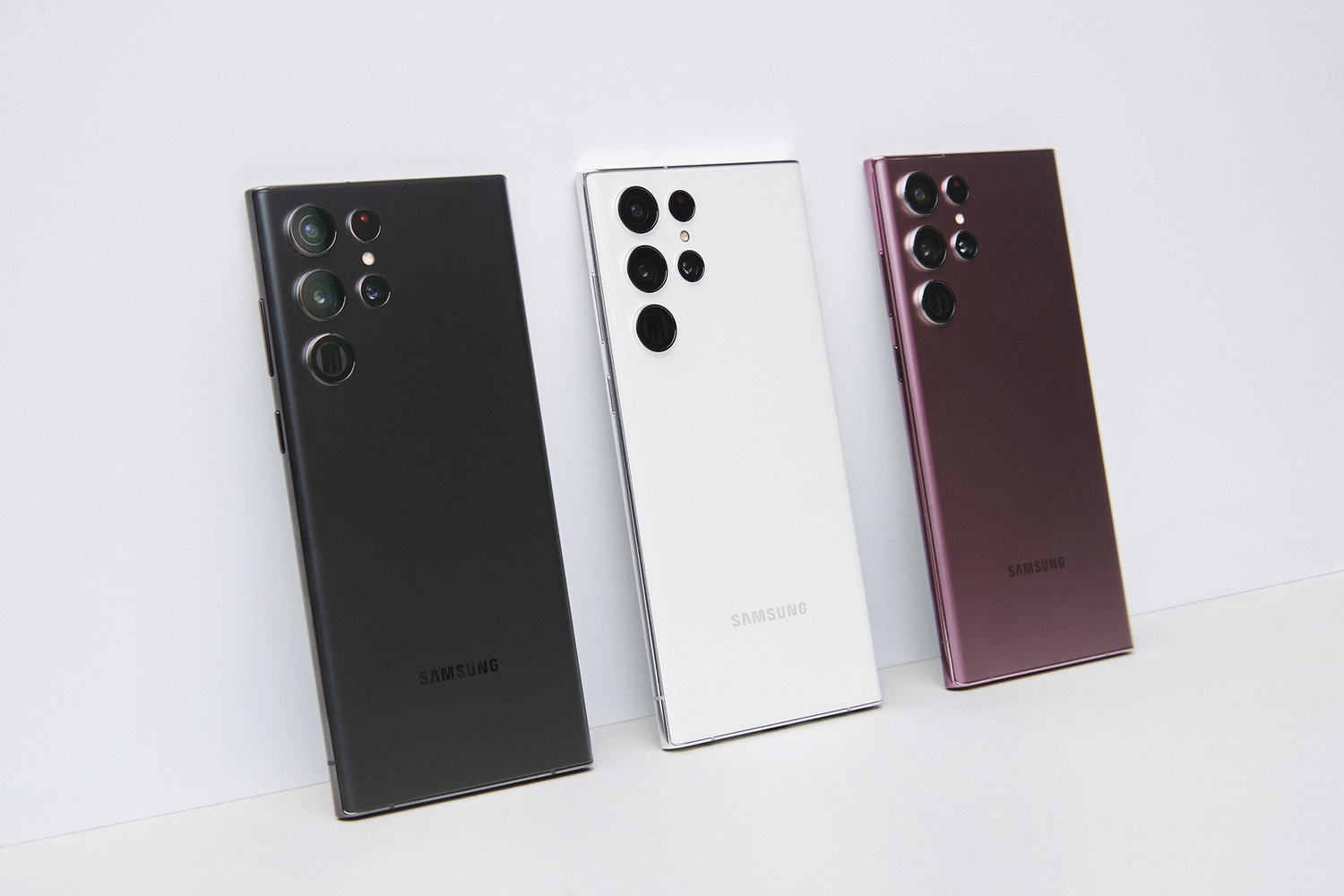 As you’ll see, where past Ultra devices were simply larger and more specced out versions of the Galaxy S line, the Galaxy S22 Ultra is far more Galaxy Note than it is Galaxy S. That’s why I’ll be calling it the S-Note Ultra or maybe Note Ultra S? I’m not sure yet. Either way, Samsung is back to including an S Pen slot with the device, which must have Note fans doing a big happy dance right now. On top of that, its hardware styling is much closer to the Galaxy Note 10 than it is the Galaxy S22, so it’s clear that Samsung wanted to differentiate them quite heavily.

Specs include the best of the best. It’s a 6.8-inch QHD+ AMOLED display with 120Hz refresh rate, Snapdragon 8 Gen 1 processor with up to 12GB RAM, up to 1TB of internal storage, 5,000mAh battery with charging speeds of up to 45W with a supported charger (not included in the box), quad rear camera array highlighted by a 108MP main sensor, 40MP front camera, IP68 rating, and Android 12 (One UI 4.1).

Honestly, what more could you need? And don’t say a headphone jack or expandable storage. We already know. 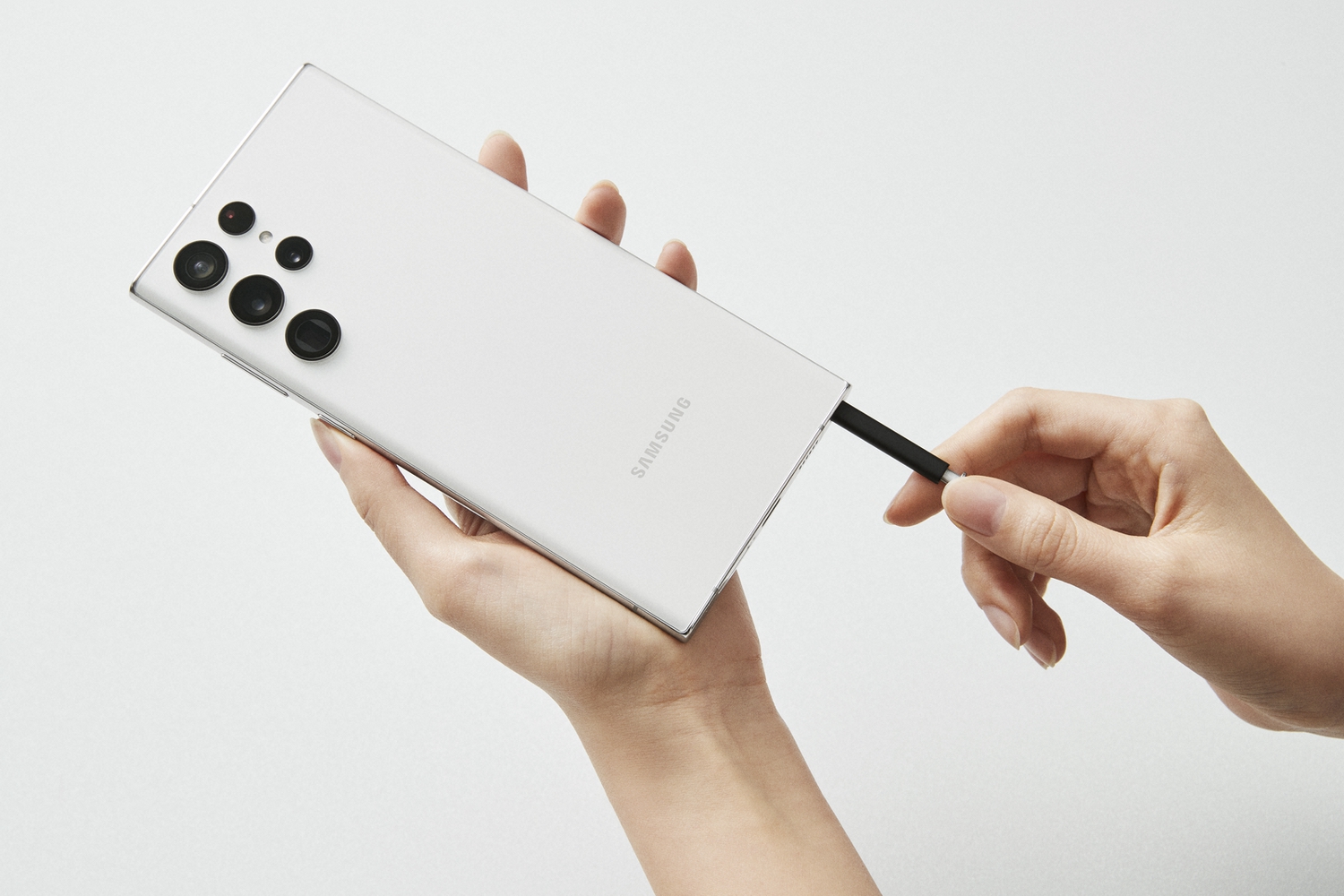 For the S Pen fans among us, Samsung details that the all-new stylus offers 70% lower latency when compared to the Galaxy S21 Ultra, making it the fastest, most responsive S Pen to date. The quickness of the S Pen essentially sums up the Galaxy S22 Ultra nicely. In its press release, Samsung stresses that the S22 Ultra is all about speed. Everything from the upgraded Snapdragon processor, 120Hz display, improved charging, WiFi 6E, and 5G connectivity should deliver what you need in as timely a fashion as needed.

Important: Samsung has detailed in its documentation for these devices that they are eligible for 4 years of OS upgrades and 5 years of security updates. If this pans out like Samsung says it will, that’s a massive selling point, further cementing that Samsung is the current King of Android Updates. It’s up to Google if they intend to match Samsung’s offering here.