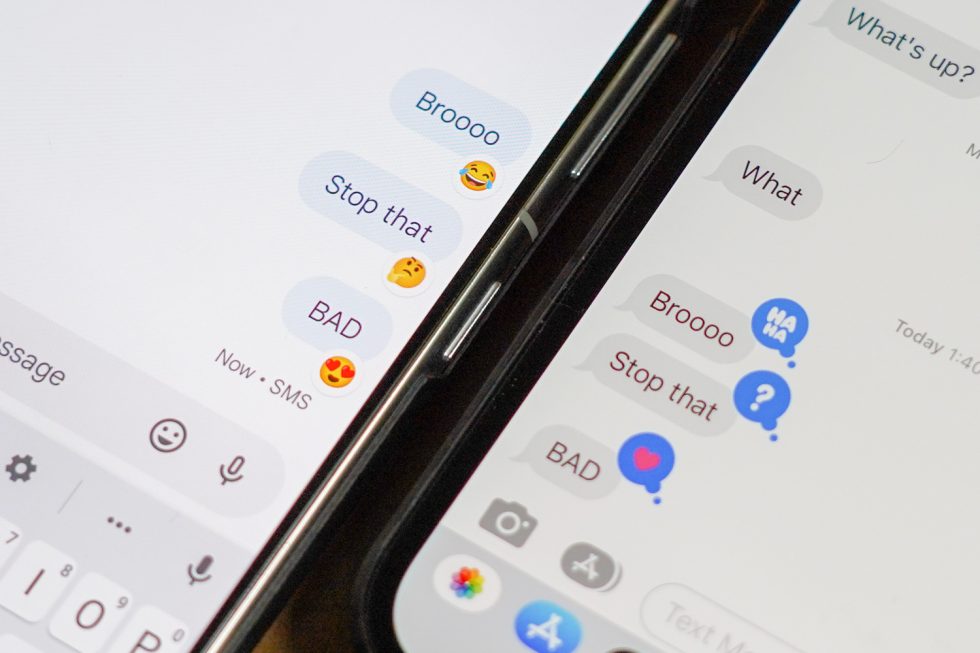 The days of “LAUGHED AT” or “LIKED” in your Google Messages app when a friend with an iPhone reacts to your text message are almost over. Actually, they very well may already be over if you are running the latest build of Google Messages Beta.

Within the past week, Google Messages Beta picked up an update to build 20220121_02_RC00 that added the functionality for me. Now, should I see a reaction from an iPhone, I get emoji in place of those weird “Questioned ‘Blah blah message'” reactions.

For example, in the image above, I reacted back to my Galaxy S21 with the “HaHa,” question mark, and heart from an iPhone, yet those showed up as the crying-laughing, thinking, and heart-shaped eyes emoji. Tim is also seeing the same reactions change to emoji that are attached to the message being reacted to.

We first learned about this upcoming feature back in November, but it was never official from Google, as far as I know. Its rollout has also been sporadic, with most people not seeing it go live until very recently. 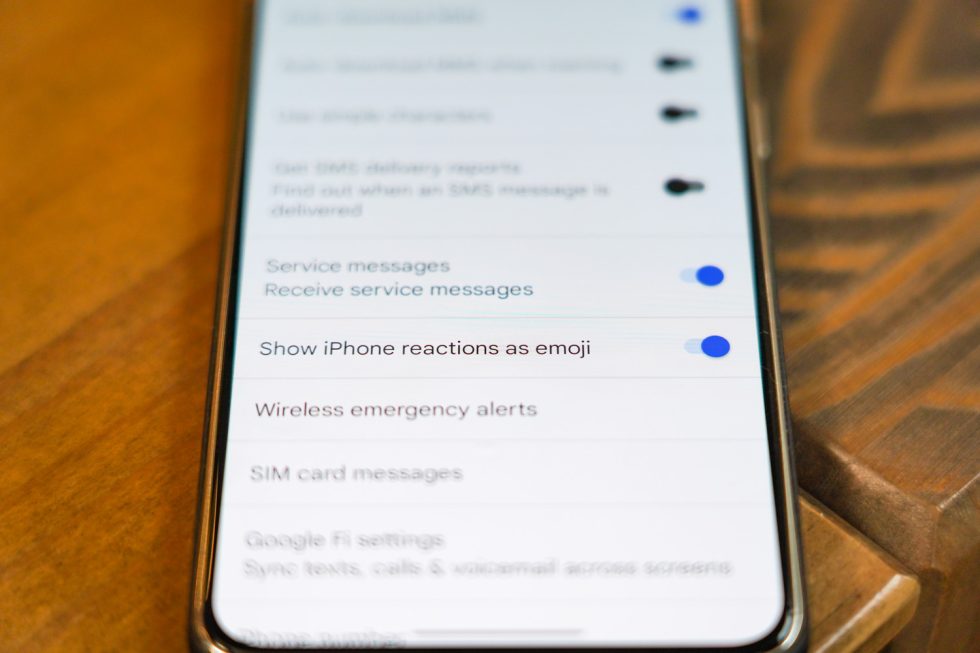 Again, this appears to have started going live in recent days with the latest beta update to Google Messages. You can grab that (or sign-up for the beta) at the link below. Then, start looking for those previously annoying iMessage reactions from friends. And if you are on the latest beta and not seeing reactions, you’ll find a toggle for the setting in Settings>Advanced and “Show iPhone reactions as emoji.”