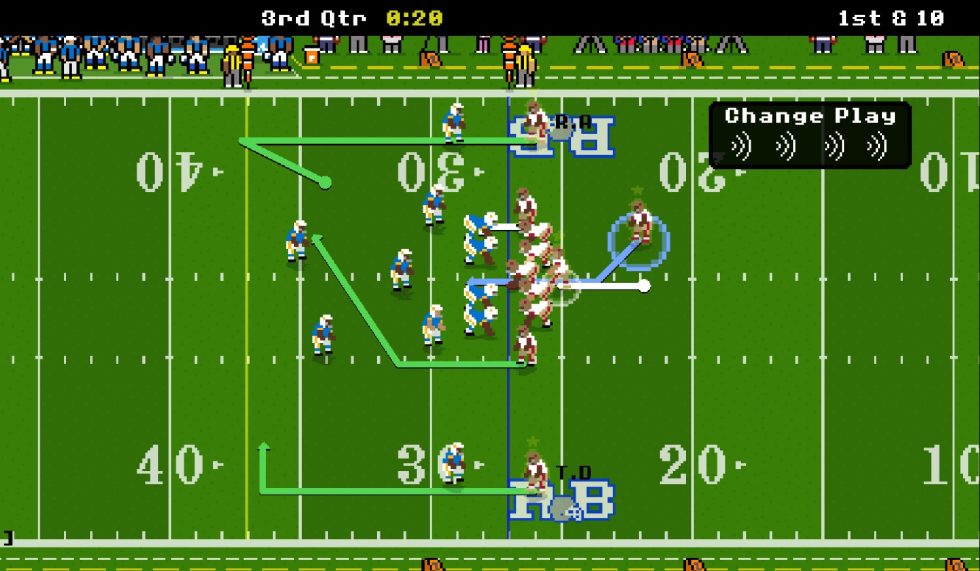 This game isn’t new by any means, but it is new to me. We got a good amount of snow these past couple of days, so I was bored and was checking out Google Play for a new game to try. I came across Retro Bowl and the amount of positive reviews the game has had me downloading it quite quickly. Out of nearly half a million reviews, it holds a 4.8-star rating. That’s solid.

The game is designed for football lovers, but also people who possibly love the nostalgia of those old pixelated games of the 80s and 90s. In Retro Bowl, you wear a few hats in an NFL organization. You’re the head coach, GM, and the player whenever you’re holding the ball. With these roles, you’ll be drafting rookies, balancing a salary cap, making hires of offensive and defensive coordinators, fining players for doing stupid things detrimental to the team’s morale, and obviously playing some football.

For being a very barebones and pixelated game, the gameplay itself is a ton of fun and very smooth. Once you get the basic controls, like whether you want to hand the ball off to the RB or throw a pass to a TE or WR, it’ll all come down to how well you can dissect what the defense is doing. For example, there are clearly formations designed to protect against the run, while others defend passing plays. It’s up to you to choose wisely, as the Dynamic Difficultly setting will have no issue in making you look and feel like a complete noob on the field.

I won’t get much more into it, but suffice it to say, this game seriously kicks ass. I’m in my fourth season right now after getting hired by the 49ers to run their operation. My past accomplishments include two Retro Bowl championships with the Philadelphia Eagles. Not too shabby!

Last but not least, while there are in-app purchases (I’d only recommend the first $0.99 one to help support the developers and unlock a few of premium options), there are zero ads in this game. Can you even believe that? For a free game of this quality? It’s pretty goddamn incredible.

Go download it and get yourself a fast RB. Trust me.