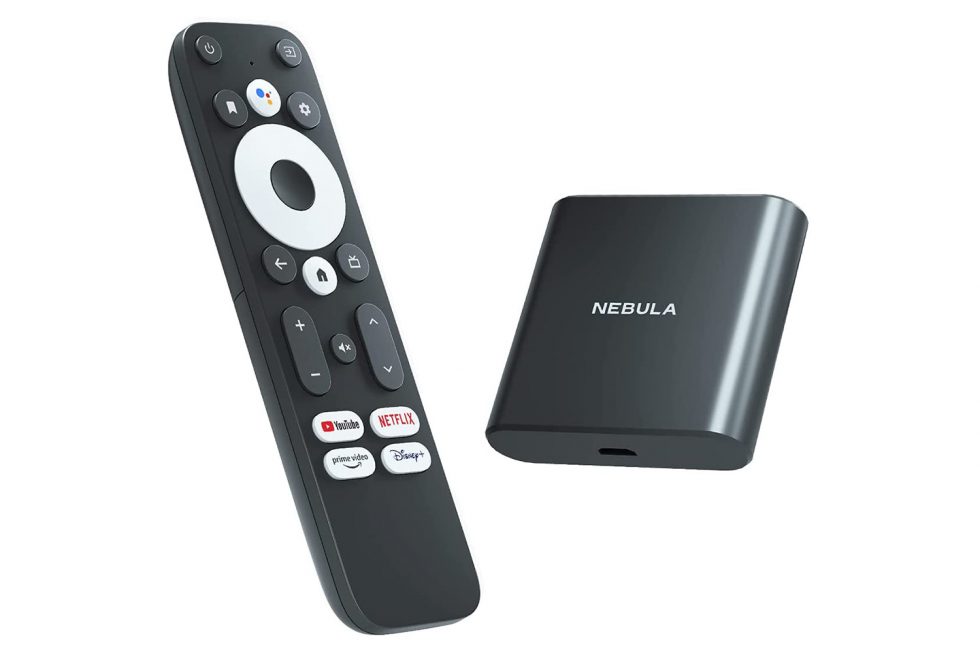 A couple of months ago, Anker released its NEBULA 4K Streaming Dongle with HDR (official name) without much promotion. The product stood out because it runs Android TV, is small enough to tuck behind a TV, and appears to come with a pretty sweet remote. Unfortunately, it was priced well north of Google’s Chromecast with Google TV, making it a tricky option. Today, it’s on sale and now potentially worth considering.

Through Amazon, Anker is running a deal on the Nebula 4K Streaming Dongle with HDR (lol, that name) that drops the price from $89.99 to $49.99. It now matches Google’s own dongle in price (when it’s not on sale, which it is right now), but stands out a bit because of its remote and the non-Google TV interface you should get.

Looking at features, alongside Android TV, you get 4K HDR10, Dolby Audio, access to Google Play and all of its apps (like Netflix, Disney, YouTube, etc.), Google Assistant, connection over HDMI 2.0, Bluetooth 5.0, 802.11ac WiFi, a quad-core processor, and 8GB storage.

For controls, that remote says it supports input switching, shortcuts for YouTube, Netflix, Prime, and Disney+, volume controls (including mute), a shortcut to fire up a live TV guide, favorites shortcut, and a button for Google Assistant. And again, this should run Android TV, which people like me prefer over Google TV’s overwhelming recommendation sh*tshow and slow performance.

To get this dongle at $49.99, there are a couple of things you have to do. The first is to check the little box on the product page that applies a $20 coupon at checkout. Then, once you are at checkout, you apply code “DMDONGLE” to get another $10 off.