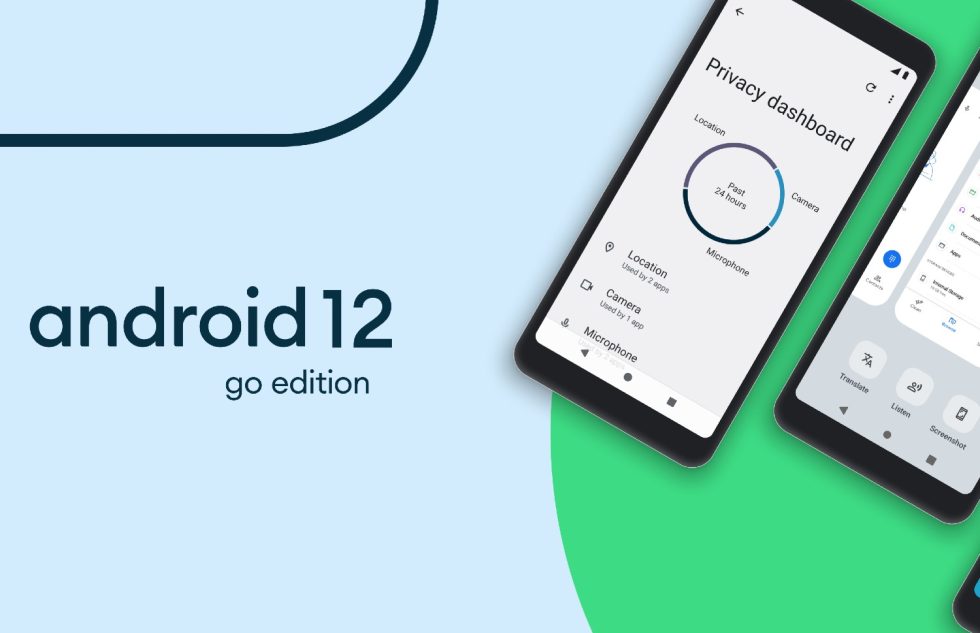 Google detailed Android 12 (Go Edition) this morning, saying that it will be available to devices starting in 2022. Wait a tick, that’s right around the corner! We must be getting close to official release.

Now that we know when it’s coming, Google provided us a feature breakdown, telling us about all of the new things that make it exciting. Below, we’ll go over the new features. Obviously, I think it’s safe to say that most of us won’t ever get to experience Android 12 (Go Edition), but for those that do, it’s looking like a sweet upgrade. On that note, Google detailed that Android (Go Edition) currently has 200 million active users overall.

Android (Go Edition) is all about streamlining every aspect of the OS, allowing it to operate quicker and more smoothly, since it’s designed specifically to run on devices without high-end specs. Google says we can expect a 30% increase in app launch speed, along with Android 12’s fancy new splash screens. It’ll be up to developers to implement that splash screen API into their apps, but already I’ve seen it quite a bit on my Pixel 6.

To help users get more battery life out of their device, Android 12 (Go Edition) includes App Hibernation, a feature was first targeted as Android 11 devices. This feature resets runtime permissions when an app isn’t used for an extended period. For those in need of more storage, the Files Go app will allow users to recover files within 30 days, allowing you to delete unnecessary files to free up space whenever you may need it.

When looking at anything on your phone, you can quickly access tools, such as Google Translate and Listen (great for having news read to you), from the Recent Apps UI.

The Privacy Dashboard will also be included in Android 12 (Go Edition), allowing users to get an overview of their onboard privacy, as well as quick controls over things like microphone and camera access. On Android 12, when an app is using your microphone or camera, a privacy indicator pops up in the top corner of your display. This same feature is coming to Go Edition.

As soon as we have a concrete release timeframe, we’ll let you all know.