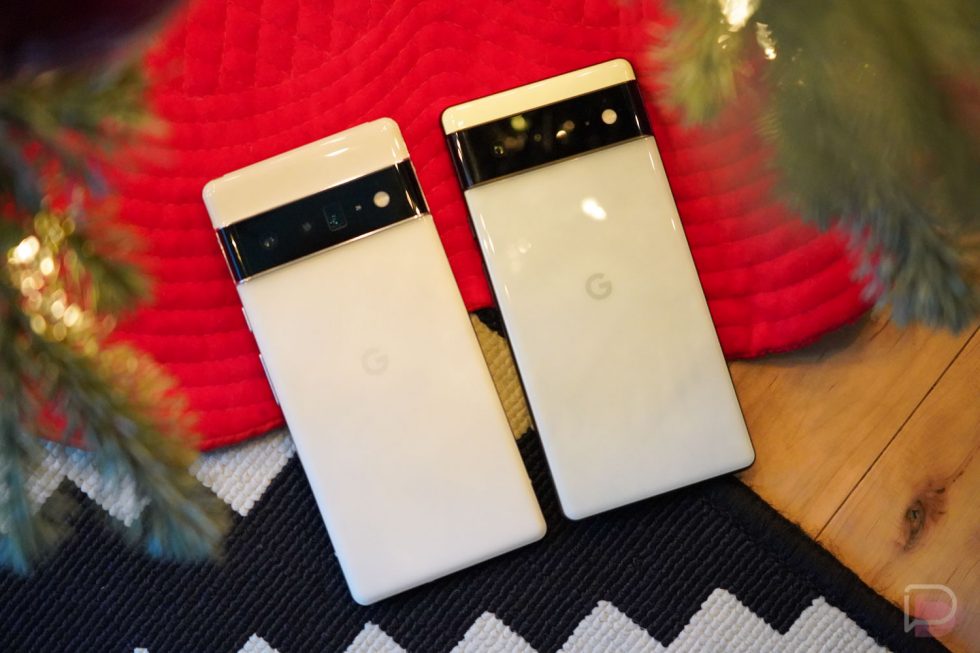 The Pixel 6 and Pixel 6 Pro are almost two months old now and that should mean you’ve had plenty of time to assess your new device, assuming you bought one of the two. You all read my thoughts after 30 days with each last week, so it’s your turn to weigh-in with your own evaluations of Google’s most important phones to date.

I can’t imagine many of you agree with my take that the Pixel 6 Pro is just too freakin’ big and Google would have made a better play by offering up two sizes of the Pro instead of two big phones, one of which has it all and the other that has important cuts. Or maybe you do? Like the early days of me calling out curved displays, I get the feeling that people are tiring of the tablet phone experience and wouldn’t mind a phone that’s more manageable.

The rest of the Pixel 6 Pro is so good (cameras, display, and performance) that maybe you are living with its enormous size and curved edges. Can’t say I blame you for enjoying what Google has given us this year.

For the Pixel 6, it’s hard to not think this is the phone of the year. I get that it doesn’t offer the full camera experience from the Pro, there is a touch less RAM, and a 90Hz display instead of 120Hz, but at $599, there’s just too much good going on. It seems like the easiest phone in the world to recommend to people who don’t have a big budget, yet want incredible Android software in its best form.

So tell me, how is life with the Pixel 6 and Pixel 6 Pro? Cameras living up to the hype? Battery life good or meh? Would you rather have had a smaller Pro option? Is Android 12 the greatest thing ever or is it too cartoonish for you?