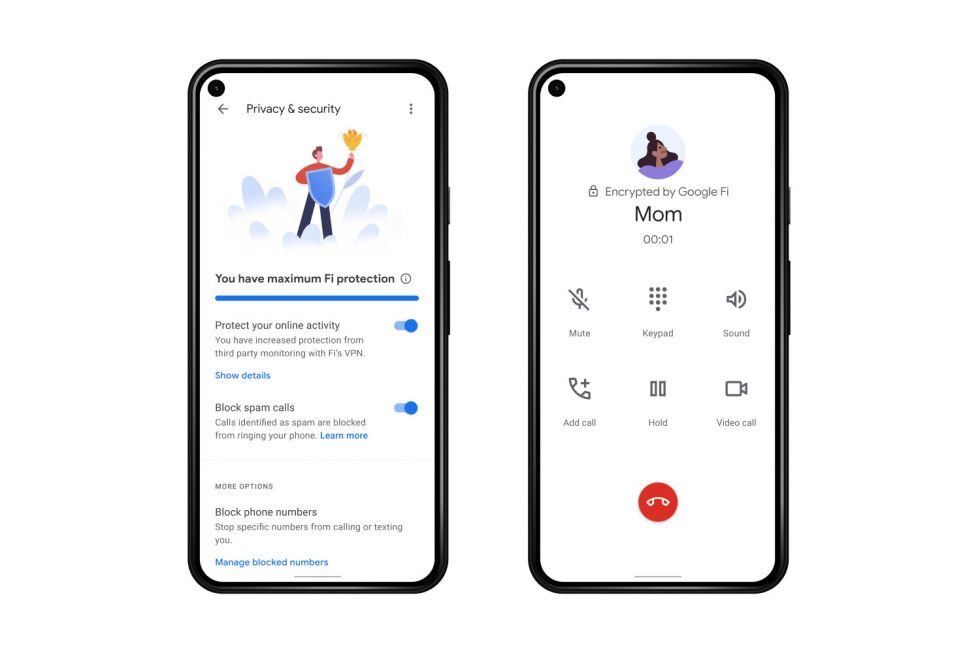 Need that extra bit of privacy on your calls? Google Fi to the rescue.

This week, Google announced that when you place calls on Google Fi to another Android phone, those calls will automatically be end-to-end encrypted. That way, your conversations stay only between you and the person on the other end. Scary to think what could have been happening before this…

Anyways, to know that your calls are encrypted, you’ll see and hear cues to let you know what’s happening. A special ringing tone will go off just before you see a lock symbol on the screen of your call (see above). As you’ll notice up top, it says “Encrypted by Google Fi” as well. The person on the other end will apparently be greeted with the same lock symbol.

You won’t have to do anything to get this action on your Google Fi phone. This is going to be the default setting and it will rollout over the “coming weeks.”