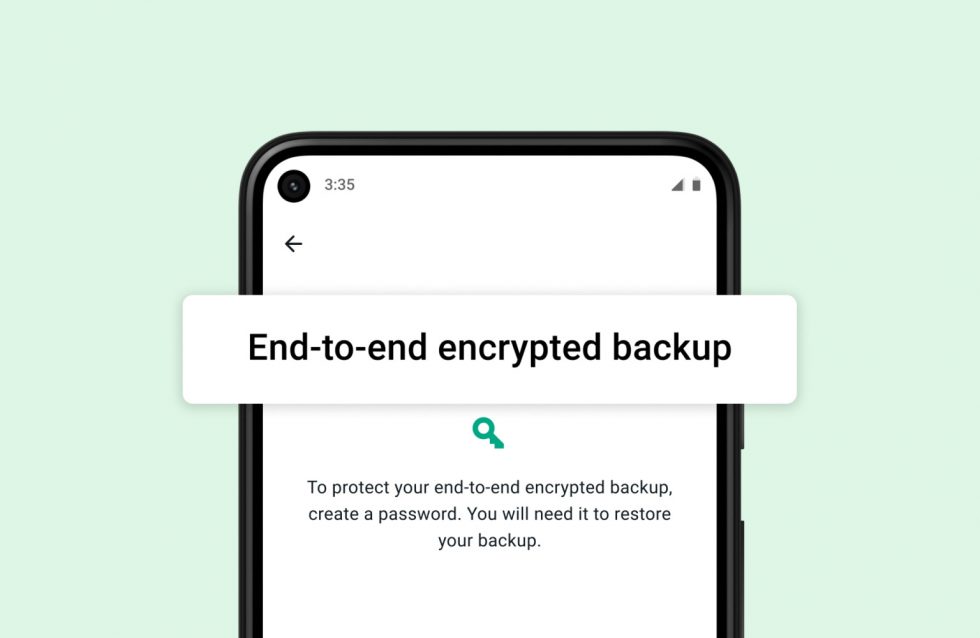 WhatsApp has had end-to-end encryption for all of the messages you send for a solid 5 years now, as long as those messages are only stored on your device. For those who want backups of those chats to store on Google Drive or iCloud, that same encryption hasn’t been there, well, until now.

Facebook and WhatsApp announced today that end-to-end encryption is now available as “an extra, optional layer of security to protect backups stored on Google Drive or iCloud.” Apparently, no other global messaging service “at this scale” provides this level of security, so that’s neat.

These backups can be encrypted with a password of your choice or a 64-digit encryption key and WhatsApp is saying that neither them nor your backup service can read those backups. I’d certainly hope not.

To get setup in WhatsApp with encrypted backups, you’ll head into Settings>Chats>Chat Backup>End-to-end Encrypted Backup. After that last step, you’ll follow prompts to create a password or key and then tap “Done.” WhatsApp should then prepare your backup with encryption.