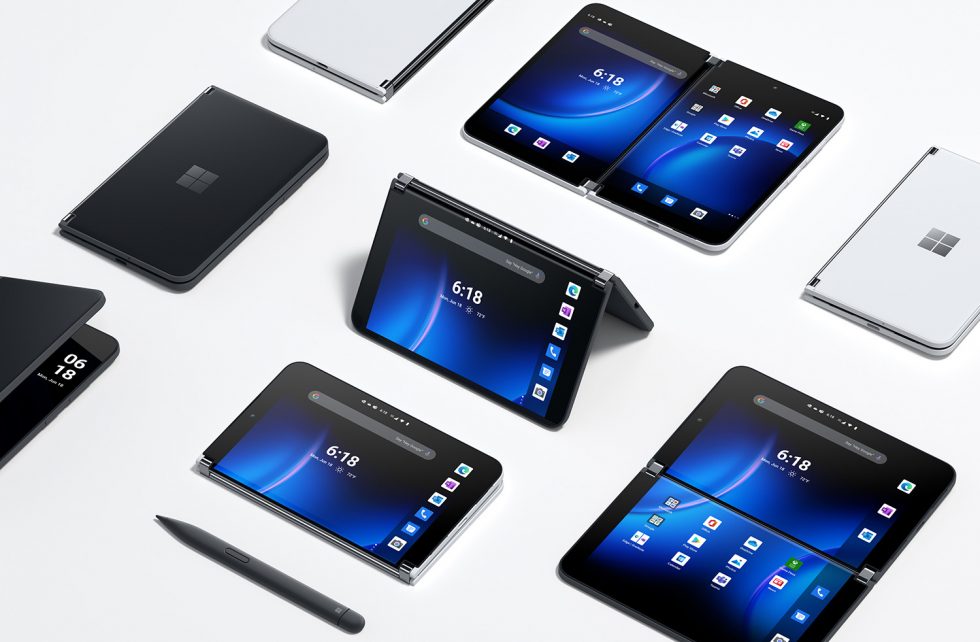 Microsoft announced their new Surface Duo 2 today, and dammit, it looks pretty good. I think they fixed just about everything I had complaints about, plus they improved the device in a number of areas and tossed in some clever new tricks. That said, if they don’t commit to real updates, then it’s all for nothing.

The new Microsoft Surface Duo 2 comes in Glacier (white) or Obsidian (Black) colors now and costs $1,499.99. It’s still a very expensive, two-screened device, but like I just said, Microsoft truly did try to address almost all of the problems from the original, bad Surface Duo.

For cameras, we now have a 12MP selfie shooter, along with a real rear camera setup that’s made up of wide (12MP, f/1.7, OIS), telephoto (12MP, f/2.4, OIS), and ultra-wide (16MP, f/2.2) lenses. You can shoot at 4K/60, use auto-HDR, find a dedicated night photography mode, and tweak lots of controls in places like Portrait mode. We don’t know how good any of this will be, but the specs alone should lead to an improvement over last year’s camera, which we dubbed the worst we’ve ever used.

See, they really did add in all the stuff we wanted last year, although we would have loved to see more RAM on a device meant for productivity and multi-tasking between two displays. 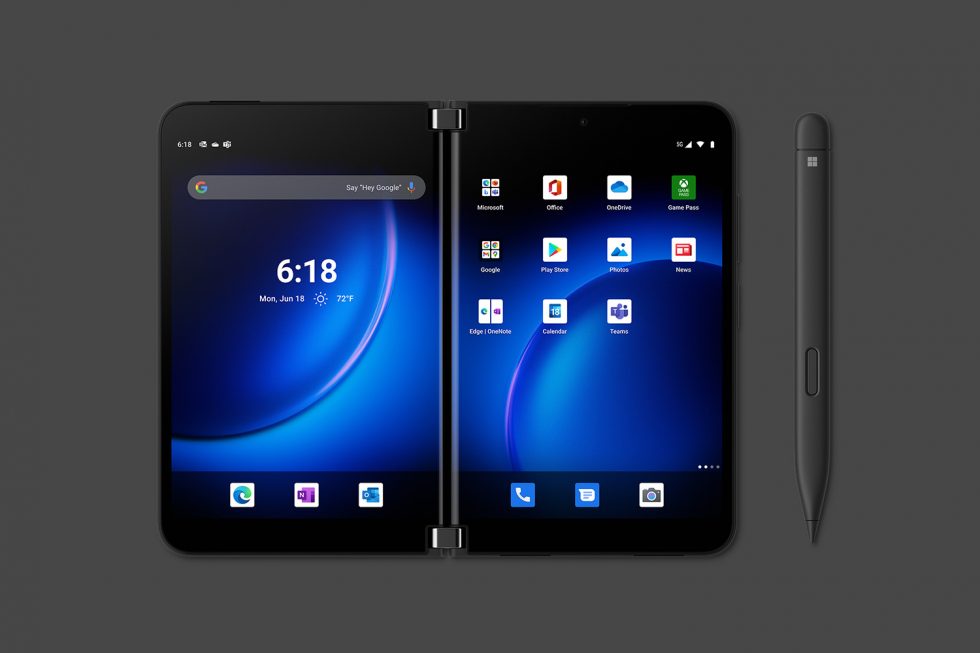 Alright, obviously we don’t get excited for stuff simply based on specs, and Microsoft needed to do a lot more than just improve specs to make the Surface Duo 2 interesting. I think they’ve mostly done that.

The easiest things to point out are the real camera setup, the NFC, 5G, better displays, stereo speakers, etc. However, the addition of the Surface Pen being able to attach to the device, subtle curves to the inside edges of the two displays to make them look closer together, and this magic new exposed hinge system, are quite cool.

One of those most annoying things about the original Surface Duo was the fact that you had no idea what was going on with your phone at any time because there was no cover display. You had to actively open it to see notifications, missed calls, that sort of thing. With Surface Duo 2, Microsoft used the curved inner edge of the displays to be able to show a sliver of display when the phone is closed up. This presents a display bar that can not only show you the time, it’ll show you notifications, charging meter, light up with calls, and show you current volume. While not a cover display, it’s similar to what you get with Samsung’s Z Flip 3, and we’ll take it. 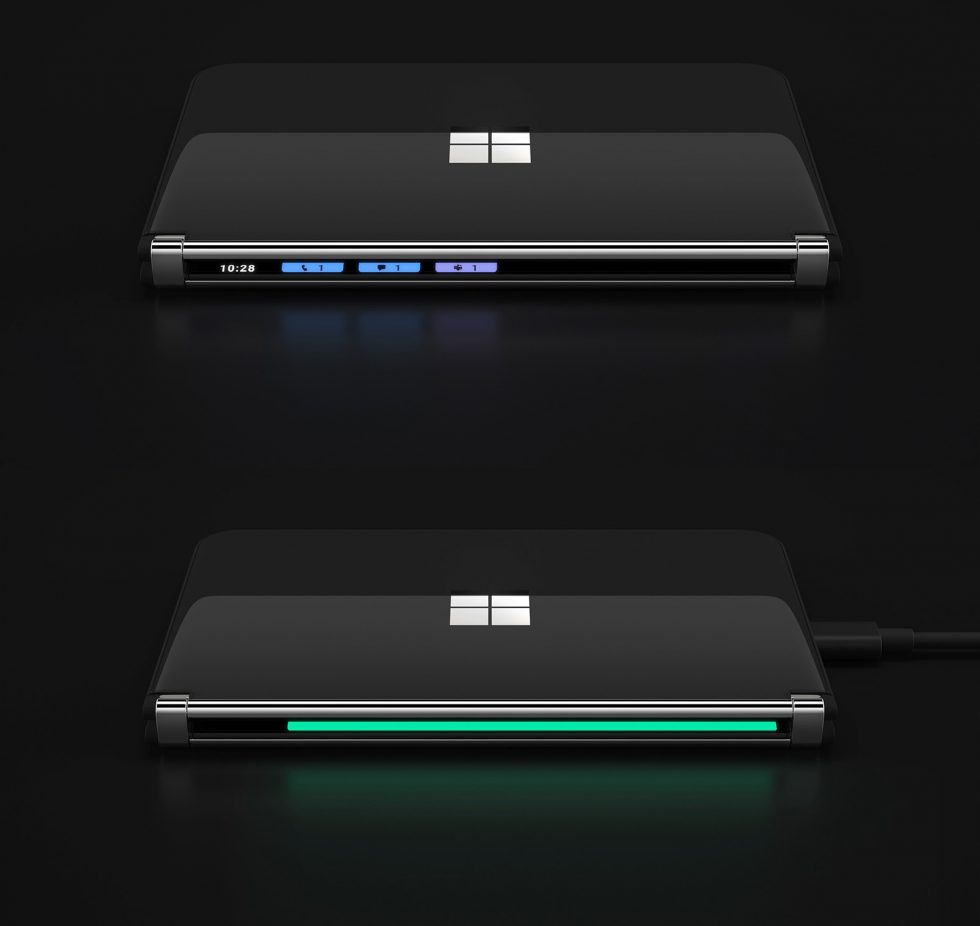 Overall, Microsoft appears to have heard the complaints and not only fixed those, they added some useful new features as well that we weren’t necessarily expecting.

Hardware coolness aside, Microsoft really didn’t talk much about software on the Surface Duo 2 and that should worry you. The original Surface Duo certainly received regular monthly security patches and Microsoft tried its best to fix software bugs and tweak the experience here and there, but the fact that the $1,400 device still sits on Android 10 today is pathetic. Android 12 is about to launch and the original Duo hasn’t even hit Android 11.

With the Surface Duo 2, Microsoft is at least starting out at Android 11, but we have no idea what the story is for Android 12. My guess is that they’ll confirm the device will receive it, we just don’t know when. You shouldn’t go into this device expecting it any time soon either. If anything, be pleasantly surprised if it shows up before this phone reaches the year-old mark, since that’s the schedule we have going at the moment.

On a related note, we also still haven’t seen any word from Microsoft if other app makers will build apps out to take advantage of two screens. The Surface Duo 2 sales page shows off two apps working at the same time and mentions all of their own apps, but nothing about say, Google apps like Gmail. That may be fine for those fully invested in Microsoft’s ecosystem, but not so much for those of us who aren’t.

When can you buy Surface Duo 2?