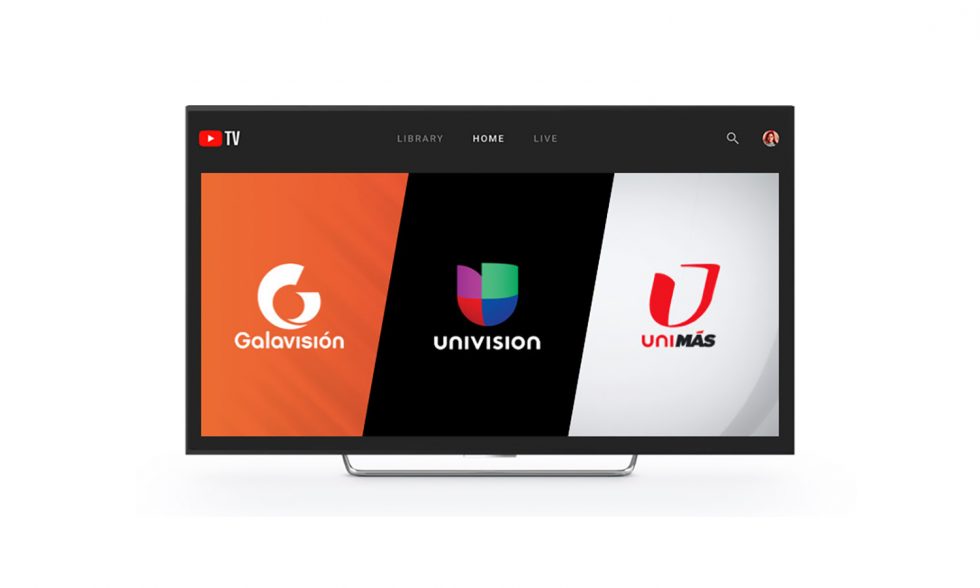 YouTube TV picked up three new channels this week in Univision, UniMás, and Galavisión. The arrival is nicely timed as we just kicked off Hispanic Heritage Month, and as Google noted in its announcement, these are “Spanish-language favorites.”

As for UniMás and Galavisión, here are some highlights of their top shows: 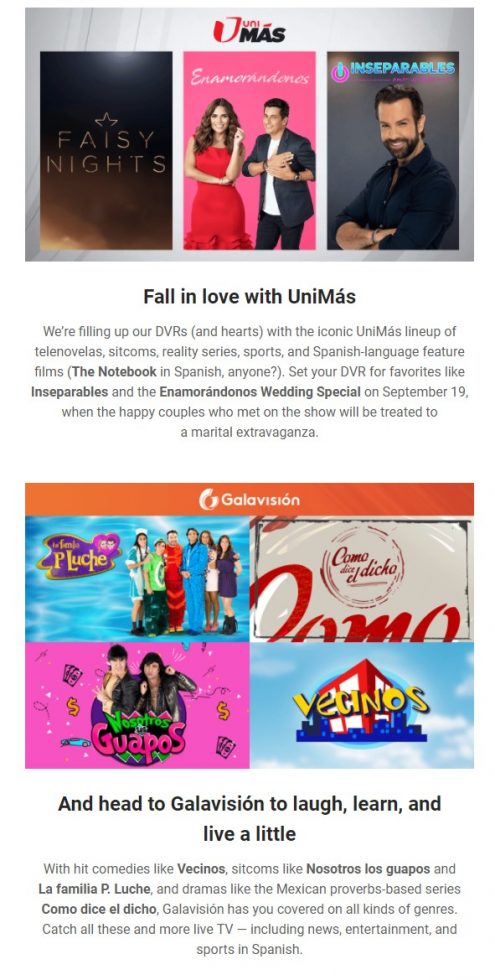 The channels should be live now, so if you are a YouTube TV subscriber, you’ll find them in the line-up. However, if you use a custom guide, you’ll want to edit that guide and scroll to the bottom to find them before re-arranging your order.

Hey, no price hike either!