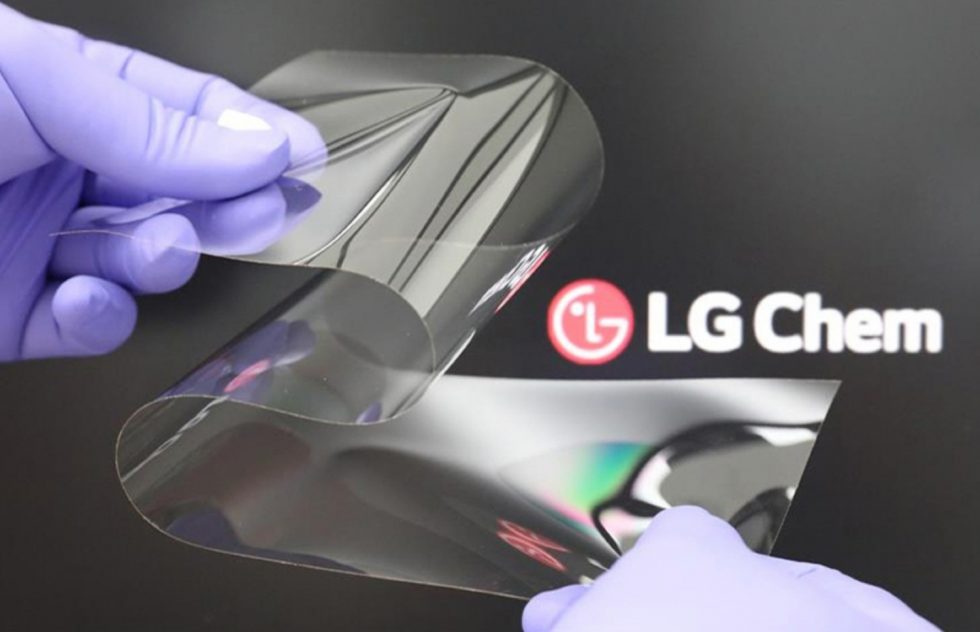 LG, while no longer a player in the Android game, hasn’t ceased R&D on things it sees as potential winners down the road, including mobile-related things.

For example, the company announced a new “foldable display material,” similar to what Samsung features on its line of foldables. You see, there’s a clear plastic layer between your finger and the bendable glass Samsung uses. If you remove that layer, your expensive foldable phone is in big trouble. LG is looking to solve this issue with better materials.

According to LG, “The ‘Real Folding Window’ that LG Chem developed coated a new material at a thickness of a few dozen micrometers (㎛) on both sides of PET film, which is a type of thin plastic, to enhance heat-resistance and mechanical properties of plastic materials. It is thinner compared to existing tempered glass and has the same hardness, but no cracking on the screen.”

LG Chem has tested this material by folding it more than 200,000 times, and apparently, there haven’t been issues with it. And on the upside, it can be installed on anything from phones to rollables, plus plenty else.

LG intends to sell this material to device makers in 2023, so it doesn’t look like we should expect a foldable phone from LG anytime soon. That’s no surprise. It’s still nice to see their name pop up here and there, though.