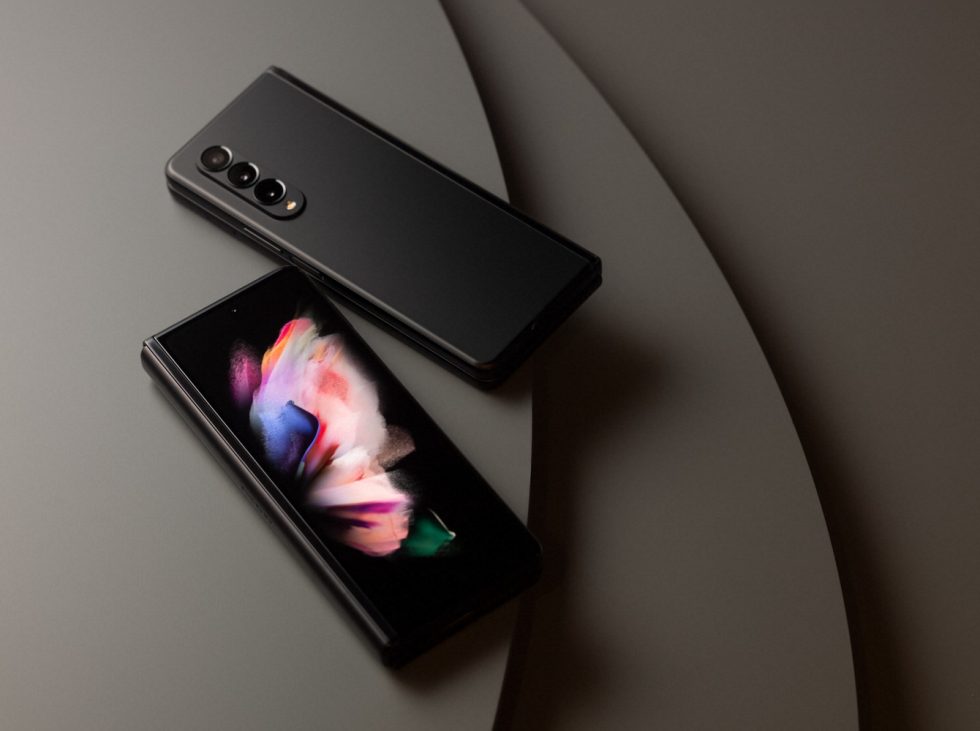 Samsung made its new line of foldable devices official this morning, the Galaxy Z Fold 3 and Galaxy Z Flip 3. Available beginning later this month, Samsung has made a point to pack plenty of improvements into both of these devices, while somehow bringing the prices down pretty significantly. In the case of the Galaxy Z Flip 3, we’re talking a price reduction of nearly $400. Needless to say, we’re mighty impressed.

As for what’s changed, let’s start with the big stuff: Water resistance. Both the Z Fold 3 and Z Flip 3 feature IPX8 ratings, which is insane coming from no rating whatsoever on past models. With this rating, we’re looking at protection from full submersion at up to a certain depth and for a certain amount of time. Additionally, the Z Fold 3 now supports the S Pen, which is a welcomed improvement over past models. 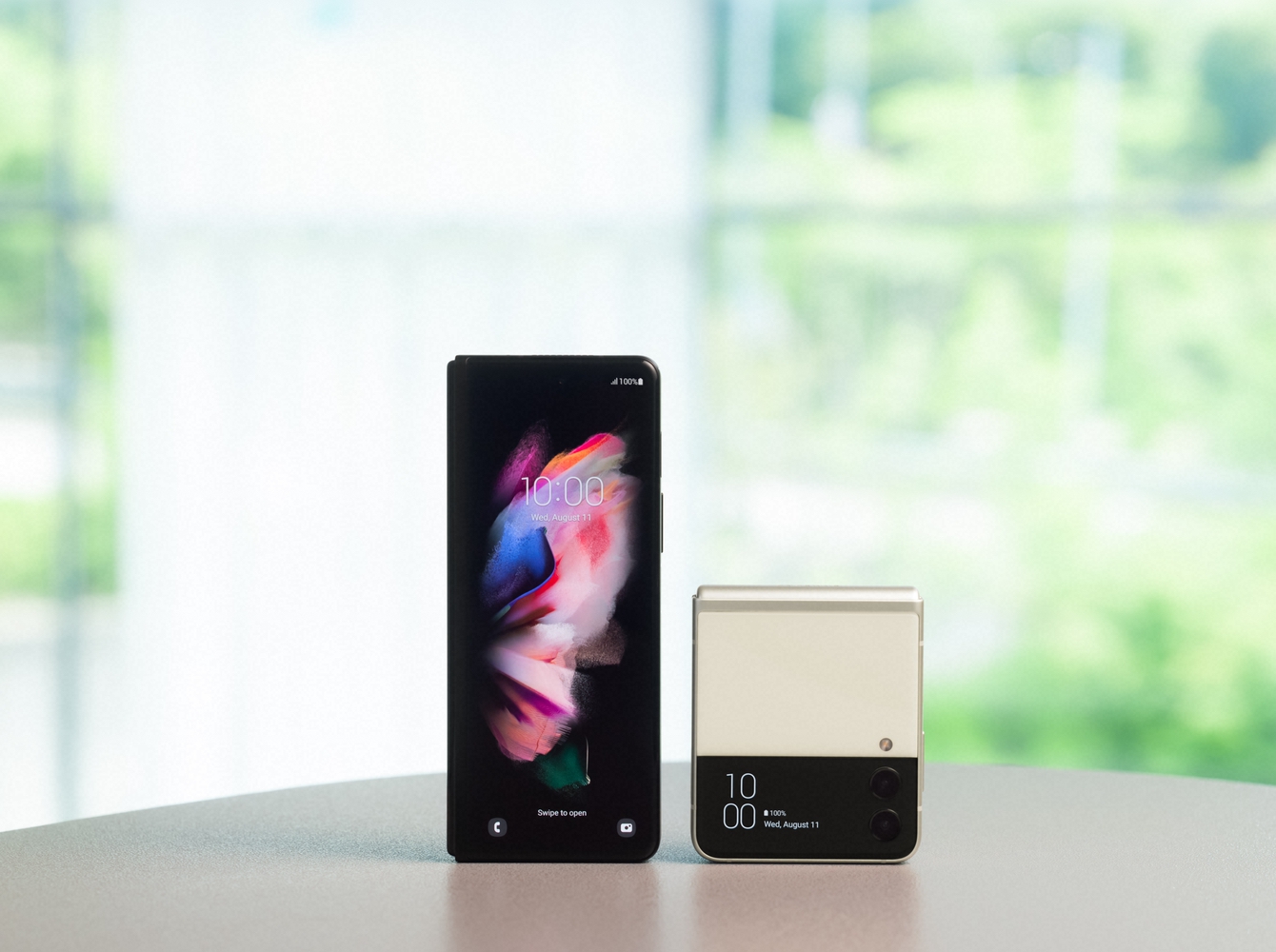 Thanks to a new UDC (under display camera), the Z Fold 3’s main display is quite immersive, measuring in at 7.6-inch, complete with 120Hz refresh rate. Oh, and the cover display also supports 120Hz refresh rate now, too. For cameras, the Z Fold 3 features a trip 12-megapixel camera setup on back, packed with OIS, Dual Pixel AF, PDAF (phase detection), and Gorilla Glass with DX. The Z Flip 3 features a 6.7-inch FHD+ AMOLED display (120Hz), dual 12MP rear cameras, plus an improved and enlarged cover display measuring in at 1.9-inches.

Samsung also highlights big software changes, with the main focus being on app support for the foldable experience. According to Samsung, “Productivity seekers will enjoy Z Fold 3’s enhanced Flex mode features, which let you do more at once, such as joining a video call on the device’s top screen while checking meeting notes on the bottom. With Z Fold 3’s updated Multi-Active Window, it’s even easier to make dinner plans over text while checking your
calendar, all on the device’s large screen. And now on Z Fold3, users can create a shortcut and reopen apps in the same way later thanks to enhanced App Pair. Plus, they can use Z Fold3’s new Taskbar14 to quickly switch between apps without returning to the Home screen.” 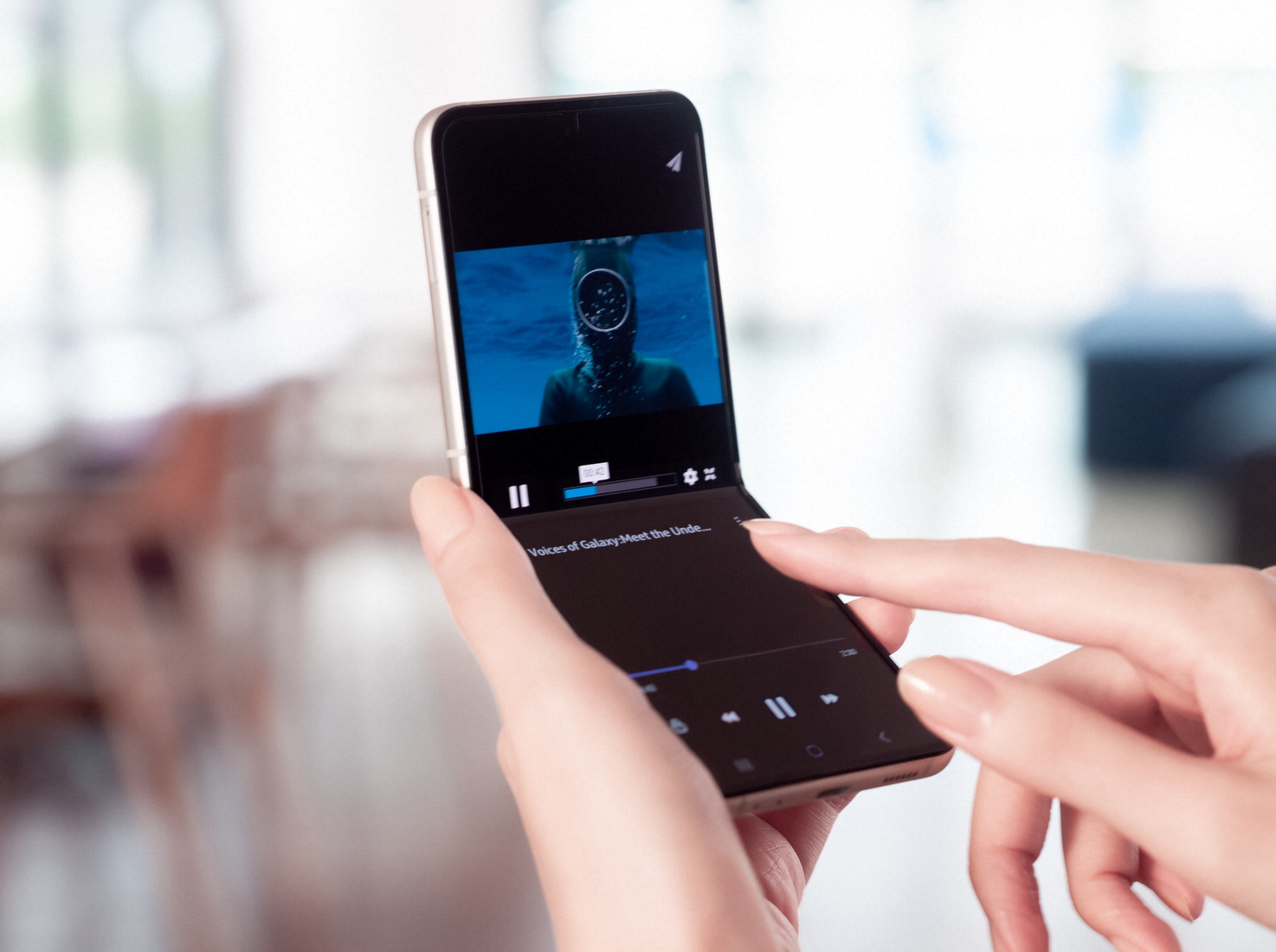 Both devices feature improved hardware, with the hinge system catching a gorgeous redesign. You’ll notice slimmer, lighter feeling designs with both of these devices should you be coming from previous models.

For pricing, the Z Flip 3 starts at $999, while the Z Fold 3 starts at $1799. You’ll find the devices on all of the US carriers, with availability beginning August 27. Pre-orders are now up, with plenty of perks to be had from Samsung. Should you pre-order from Samsung, you’ll get $200 of credit towards other stuff when you purchase the Z Fold 3, while you get $150 credit when you get the Z Flip 3. Samsung is also giving buyers access to a free year of Care+ for their device, should they opt into a 3-year commitment.

Check out all of the specs below.