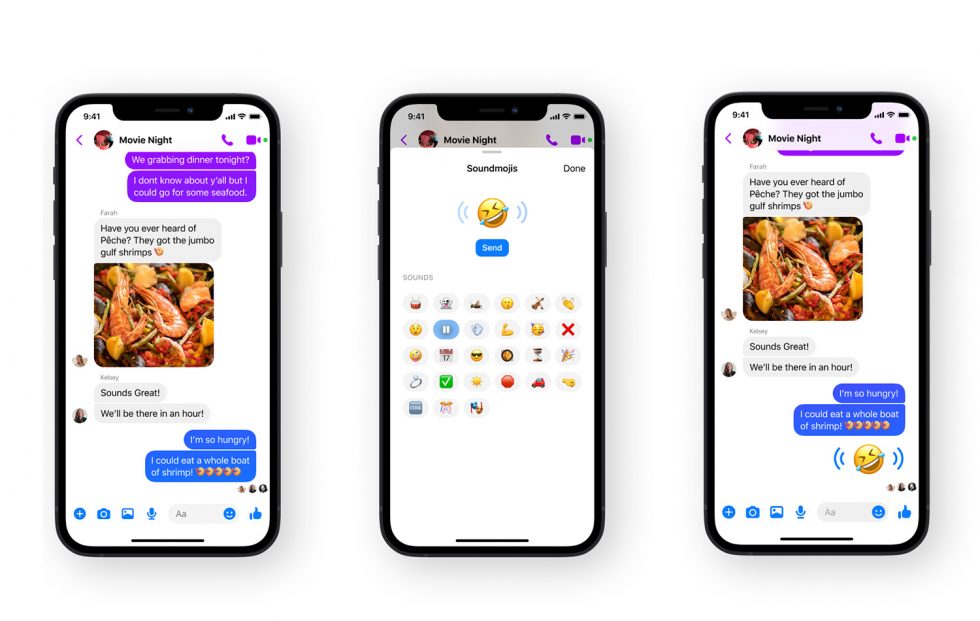 Facebook Messenger is getting a new feature. I’m struggling with how to explain it beyond that because this feature sounds like an April Fools’ joke or one that only the evilest of minds would force upon the world. This is Facebook, soooooo…

Are you ready for Soundmojis in Facebook Messenger? Yeah, man, emojis with freakin’ sound. Actual crickets when you send the cricket emoji. A laugh track when your out-of-touch friend continues to overuse the crying-laughing face. A drumroll noise for the f*ck of it. SOUND. IN. EMOJIS.

In an announcement for the new feature, Facebook sounds explicitly giddy about what I can only describe as the worst feature introduction to any app in a good year or two. This reads like someone should be physically crying to themselves as they realize how awful the thing is they are pitching mid-keystroke, yet here we are. Look at this quote:

Now imagine if your emojis could talk — what sound would they make? Introducing Messenger’s latest feature: Soundmojis. Your chats just got a whole lot louder!

I’ve never wondered that. I don’t want my chats to get louder. None of this is a thing anyone wants. Our phones should be and mostly are on silent for a reason, guys.

Facebook isn’t backing away from Soundmojis, though. They’ve already lined up the sponsored versions with bad Vin Diesel movies and Rebecca Black. I’m sure the teens on TikTok will love this sh*t and tell me I’m wrong. I’m ready for that. This is my hill.

Facebook Messenger Soundmojis. Say those three words without feeling the cold shiver of an icy hell rolling down your spine and you are not human.