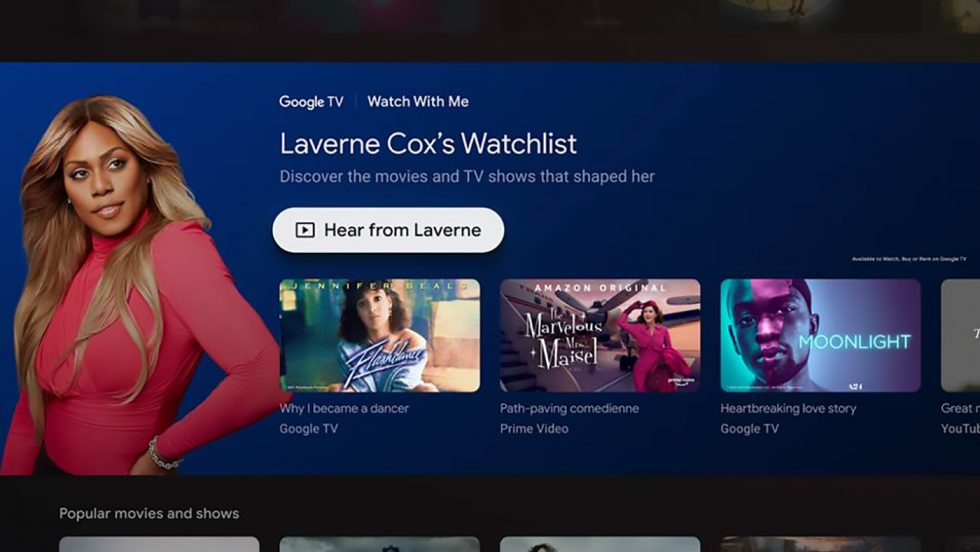 Google TV is big on giving you recommendations for a new show or movie to watch. In fact, that’s almost the entire idea behind the platform and its slick UI, so it makes sense that Google would continue to evolve it in ways that provide you with even more resources to find new stuff.

In a news drop today, Google announced a new “Watch With Me” series for Google TV that features celebrities and a watchlist of their favorite content that might have helped shaped their lives or inspired them, that sort of thing. The first “Watch With Me” kicks off with Emmy-nominated actress Laverne Cox.

Laverne’s watchlist will show up in the “For You” tab on Google TV in the next few days. It includes movies like The Color Purple, Moonlight, and The Matrix, as well as shows like Breaking Bad. To learn more about her list, Google put together a video we’ve included below.

Again, this is the first, so we’ll have to check back regularly to see whose list is next.