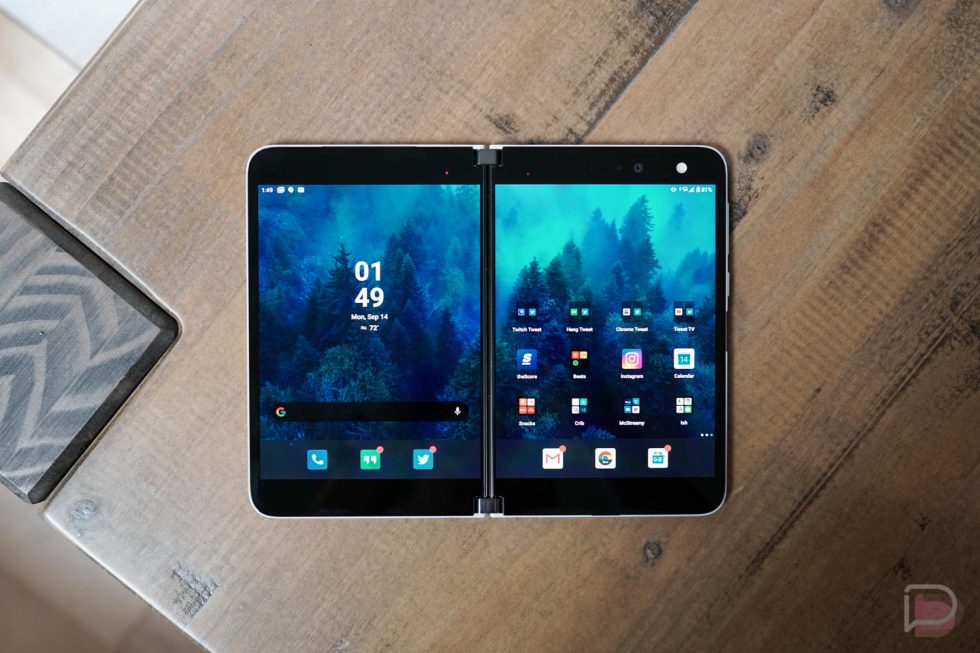 Surface Duo from Microsoft. We don’t talk about it much. However, Microsoft has sent out an update to the Xbox Cloud Gaming app this week, turning the Surface Duo into a mobile Xbox with working on-screen controls. Now we’re talking!

As you can see in the video down below, with the updated app, you can spin the tablet device sideways and enter into a new UI. When you go to open a supported title, on-screen game controls pop up and you’re off to playing your games. While that’s not as good as an actual Xbox controller, that’s still pretty awesome and actually makes me ever so slightly interested in one of these devices.

If you own a Surface Duo, go check it out! Chances are you don’t own one, though.

Microsoft is turning its Surface Duo into a handheld Xbox today. The latest app update for Xbox Cloud Gaming (xCloud) let’s you use one screen for touch controls and the other for the game. It’s like a Nintendo 3DS with Xbox games. Details here: https://t.co/ubbsEAW3r8 pic.twitter.com/aP94t9xgzC