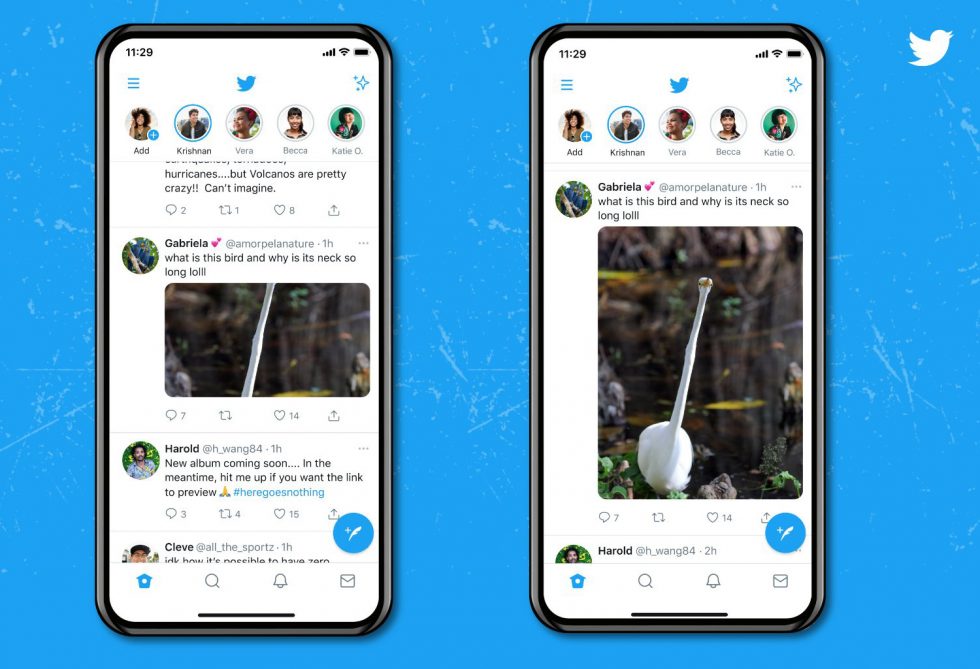 Twitter is rolling out its “bigger and better images” feature to all users on iOS and Android this week. I’d attempt to describe to you what this means, but the image above says it all.

You know how Twitter tends to crop the images that show up in your timeline, forcing you to tap on them to see the full picture? With this change, it appears as if you won’t necessarily need to do that. The image on the right shows an image in a longer, less-cropped format to tell you most of the story.

If you aren’t seeing this, look for an update or kill your Twitter app and re-open it or post a pic and see what happens or…I don’t know how to get this. I don’t think my Twitter Beta has it yet, so you tell me if it’s cool or not.

Generally speaking, I don’t know how seeing less Tweets on screen could be better, but I’m trying to remain open-minded.

no bird too tall, no crop too short

introducing bigger and better images on iOS and Android, now available to everyone pic.twitter.com/2buHfhfRAx