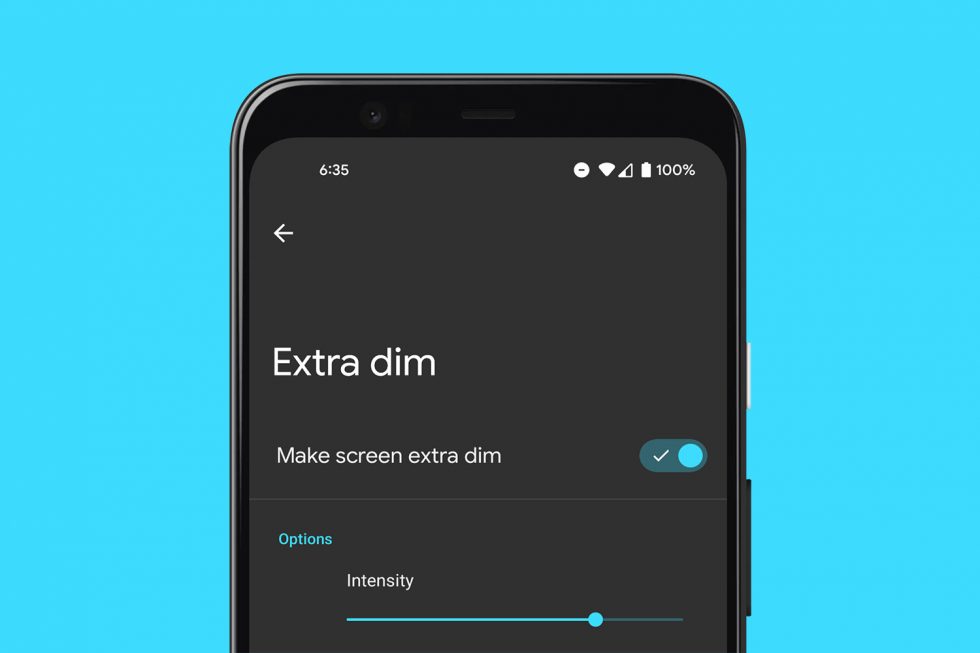 Brightness controls are one of those areas of a smartphone review that I often spend an odd amount of time talking about. It must be because I use my phone far too often in dark situations (aka lying in bed), but I can tell you which phones get dark enough and which need a bit of help. Samsung’s phones, for example, have excellent brightness range at both the low and high end. OnePlus’, not so much.

One of Android 12’s features called “Extra Dim” aims to address not-dim-enough-displays by allowing the system to further darken beyond what an OEM might have set. This feature was previously called “Reduce Bright Colors” or “Reduce Brightness,” but Google has now settled into “Extra Dim” for Developer Preview 3, which I kind of like.

As you’ll see in the screenshots here, Extra Dim can “make your screen dimmer so it’s more comfortable to read.” It’s there for those times where your “phone’s default minimum brightness is still too bright” or when “using your phone in dark situations, like at night or in a dark room before bed.” You got me, Google! 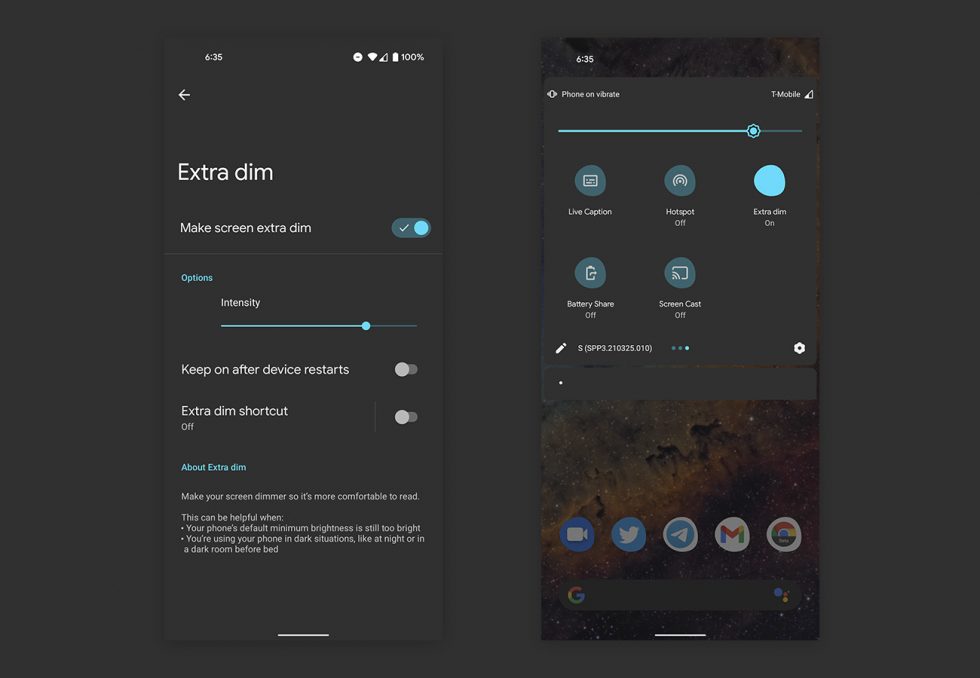 When in Extra Dim settings, outside of being able to toggle it on or off, you’ll find toggles for keeping the setting active when you reboot your phone and also to create another shortcut that involves the volume keys. The most important part is the intensity setting. This is where you get to take your display to the extra dark realm.

I suggest dropping your phone’s brightness all of the way to its lowest setting and then adjusting the intensity slider. This will help you adjust that lowest level, rather than messing with your medium brightness and then finding your lowest brightness is too dark. I hope that makes sense.

This will make your phone incredibly dark, if you want it to be, just so you are aware. I woke up this morning at 4:30AM for some reason and can tell you that it was quite wonderful to use before I was able to pass back out for another hour.