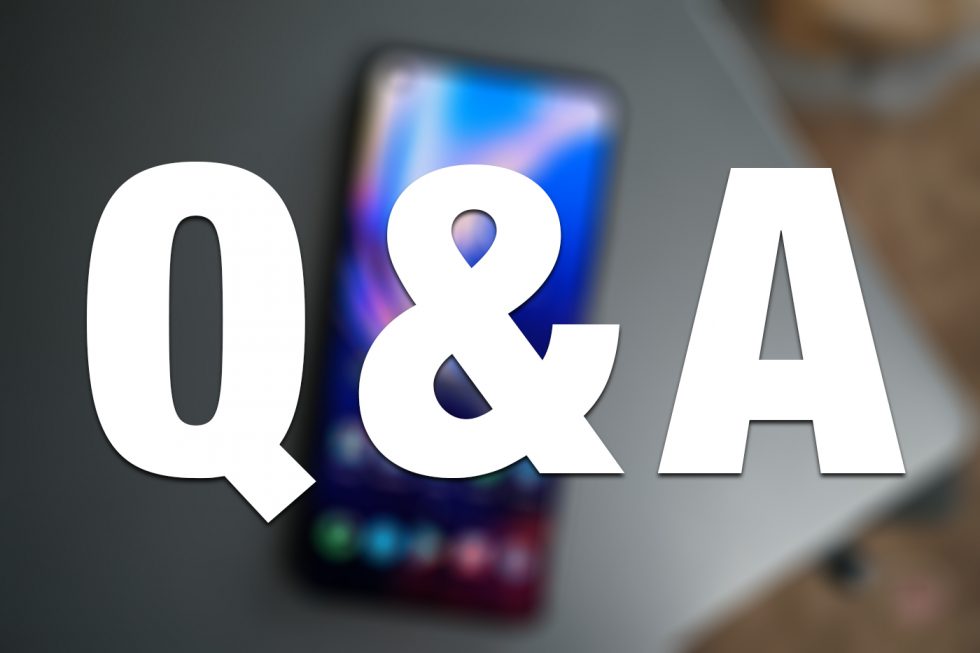 As always, we received a ton of great questions for Volume 59 of the DL Q&A Sessions, your chance to ask us whatever may be on your mind. We were asked about the iPhone 13 (future POTY), whether or not we’re still enthused with Android, and also about our dinner plans for this evening. Maybe you’d like to join us one evening in the far out future? Hit us up on Twitter and maybe we can make it happen.

We were also asked about Ron Offringa, and because Ron is so awesome, he provided us with a lengthy check-in that we think you’ll appreciate.

Is your enthusiasm for Android as strong as ever? Do you wish you could write about something else?

​K:  It’s probably not as strong because companies haven’t given us much lately to be enthusiastic about. And maybe that’s because everything got too good too quickly that it’s now tough to innovate and get people excited. I still enjoy the Android beat when we have new stuff to play with, because I do very much love to dive into tech. I say this often, but Google killed a lot of the fun here by deciding to slow rollout everything instead of giving everyone new updates and apps at once. But yeah, the enthusiasm is hard to find more now than ever. We desperately need something truly big and new from Google because they do drive this bus still.

T:  Absolutely, nothing has changed with regard to my passion for Android. However, I have found myself curious about other phones, primarily iPhones. And it’s not so much that I’m bored with Android, but the iPhone 13 is reported to have some features that I definitely want to see in action (120Hz, always-on display, etc.) As for writing about other subjects, I don’t think I’m necessarily qualified to write about anything else. I’ll stick to Android, thanks.

What does your work day look like? How has it changed in the recent 12-14 months?

K:  Tim and I were prepared for COVID before COVID was a thing. Our work lives for a decade now have taken place at our homes, in home offices, without a bunch of people around or cubicles or meeting rooms. The big change for us has been not traveling to live press events or trade shows. And to be honest, thank f*cking god. Live press events are awful and I wish they’d never return hah.

T:  My typical work day these days looks the same as it did 10 years ago. I wake up, make coffee, and start writing posts about the latest Android happenings. COVID hasn’t changed anything for us, besides the fact that there’s been zero travel. I think I can speak for both of us when saying that’s been just fine. 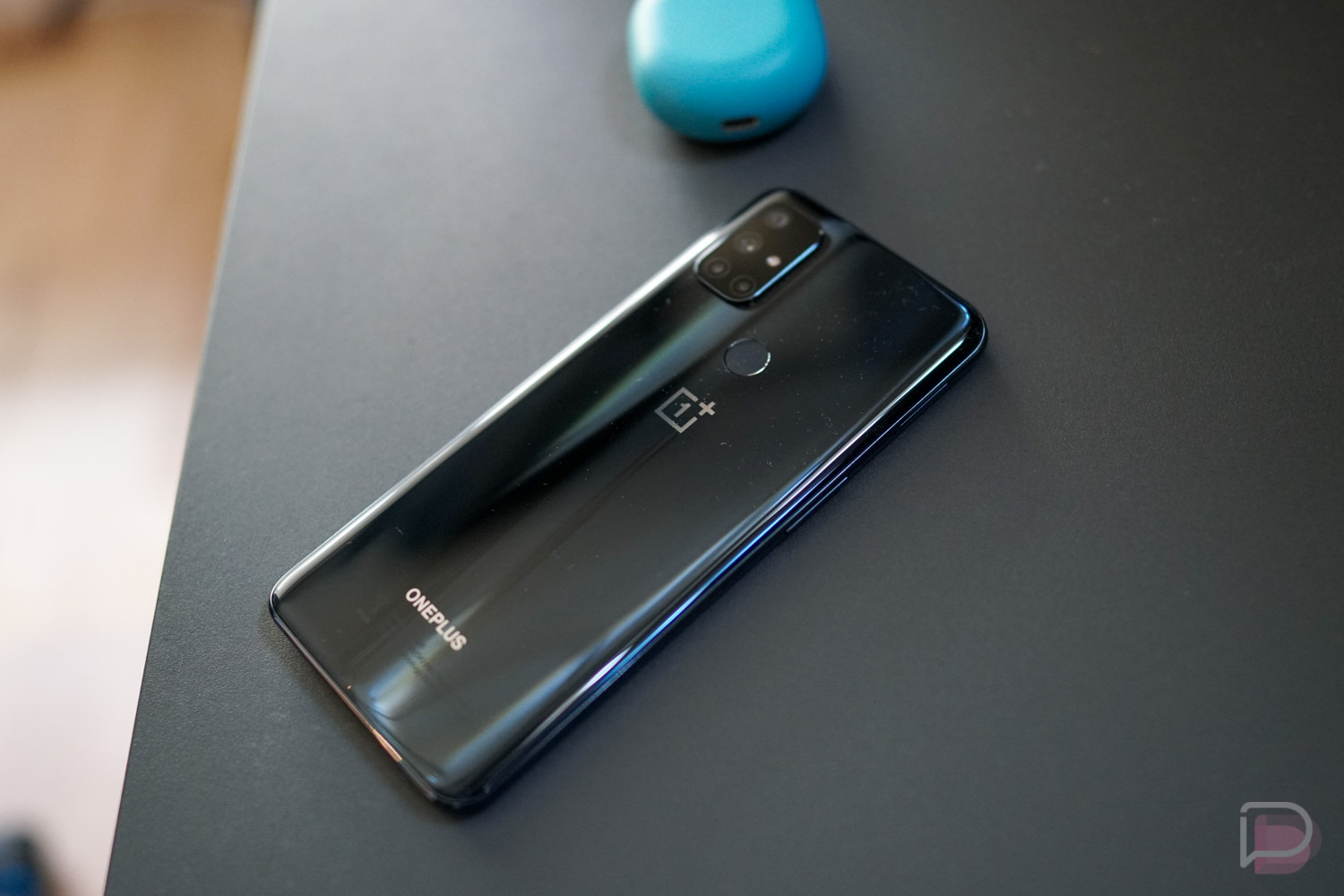 K:  Probably OnePlus Nord. As much as I liked it and think it was a good phone, it’s the worst because of what happened after it arrived. The fact that it was filled with so many bugs that it needed like 5 updates within the first couple of months to stabilize it was bad enough. The launch of the Nord also led to the end of Carl Pei’s run with the company, they stupidly limited its release to only a couple of countries, and then followed up by deciding to make a bunch of other actually sh*tty Nord phones that they sold in the US. So the Nord wasn’t the worst phone necessarily, but it kicked off a terrible OnePlus stretch that brought us to the terrible launch of the OnePlus Watch and a couple of lukewarm OnePlus 9 phones.

T:  We don’t review bad phones, so it’s hard for me to say which phone was the worst, because I have no personal experience with whatever it may have been. If I was having fun with the question, I’d just say that the RED Hydrogen One stays winning with that award. It was a bad phone. Looking over the reviews I did in 2020, though, I’d say my least favorite of those devices was the Galaxy Z Flip. I’m not saying it was a bad phone, it was simply my least favorite.

Who do you think will be next to leave the Android smartphone space?

K:  I think we’re pretty locked in with the companies we have. OnePlus has an opportunity now with LG gone, Sony has never given up for some reason, and Google needs to make phones. Samsung is definitely not going anywhere. I’m not sure anyone else makes phones in the US, heh.

T:  For the US market, I could see Sony giving up and not bothering. They seem to sell phones just fine outside the US, so since they can’t seem to line up carrier partners very well and the software updates are super slow, I could definitely see them leaving our shores. Do I want that? Hell no! I love me some Sony phones, but they do have obvious shortcomings in terms of being a US unlocked option. 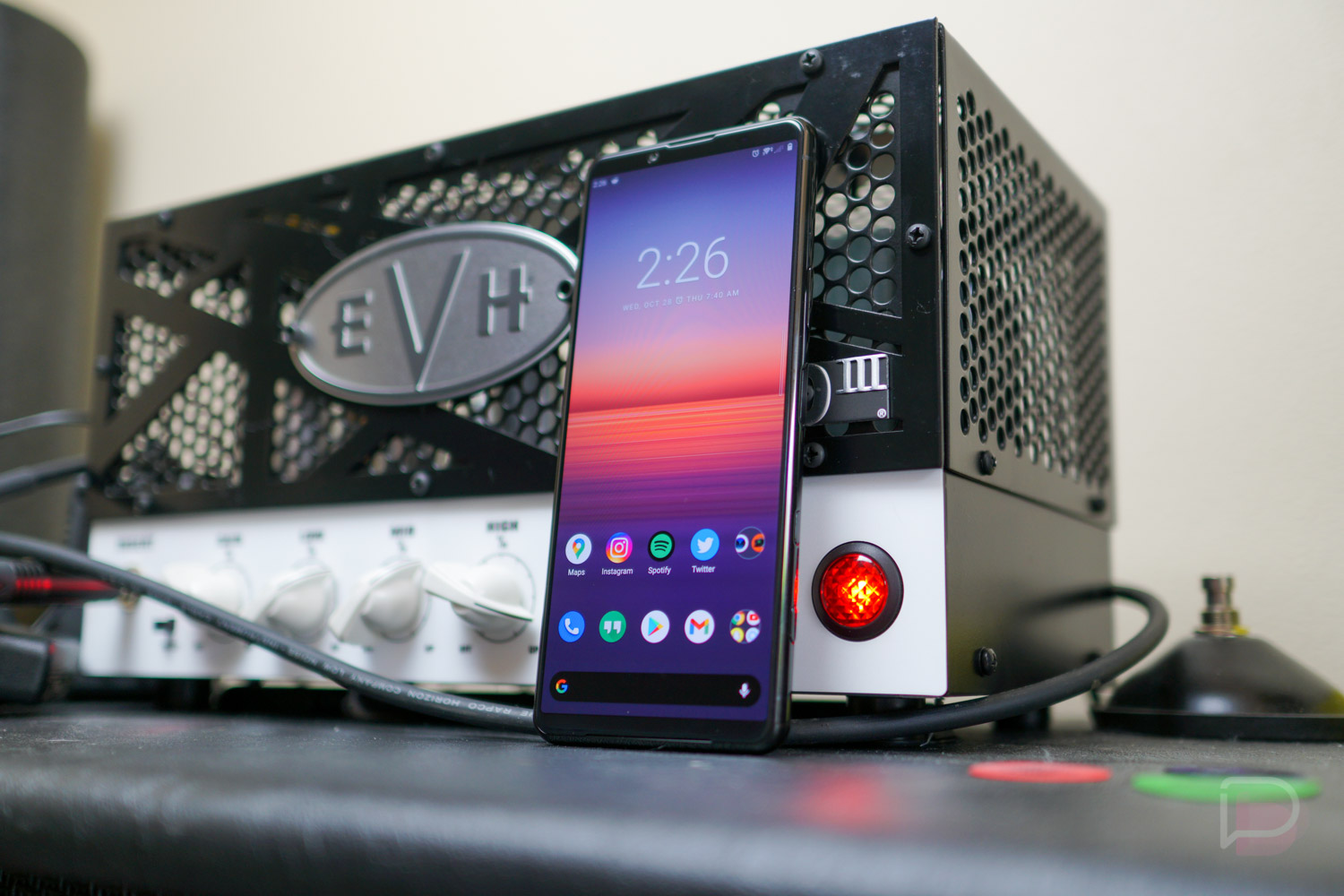 What are your thoughts on MVNO offerings and what are the best out there?

K:  I used to follow that industry, but there are so many that it’s impossible to keep up. I see the companies that constantly pay for sponsored spots on other sites and they can suck it unless they want to give me all the money too.

T:  I don’t use them personally, as there’s like a billion options and I can’t keep them all straight, but they seem good for anyone looking for that good-good deal. What’s nice about them is the ability to utilize different networks on the same plan for the best wireless coverage, like a mixture of Verizon and T-Mobile, for example. That seems like a great idea, and honestly, if an MVNO started offering a free year of MLB TV like T-Mobile does, I’d maybe consider it. For now, I gotta stick with my beloved T-Mo plan.

Who do you think will step up after LG’s exit?

K:  This really is OnePlus’ opportunity, but they have made some really questionable decisions lately. I hope they realize that people are quickly souring on their brand and that they’ll fix it. Otherwise, a world with only Samsung at the top and Google making its same average devices sounds pretty awful.

T:  I might’ve just said Sony could be next to leave the US market, but damn it, I hope they double down and commit even harder to its mobile phone business. Sony’s in an amazing spot with great hardware and name recognition. Now we just need carrier deals to offset those high device prices and better software support. Those two things could lead to lots of success if employed properly. 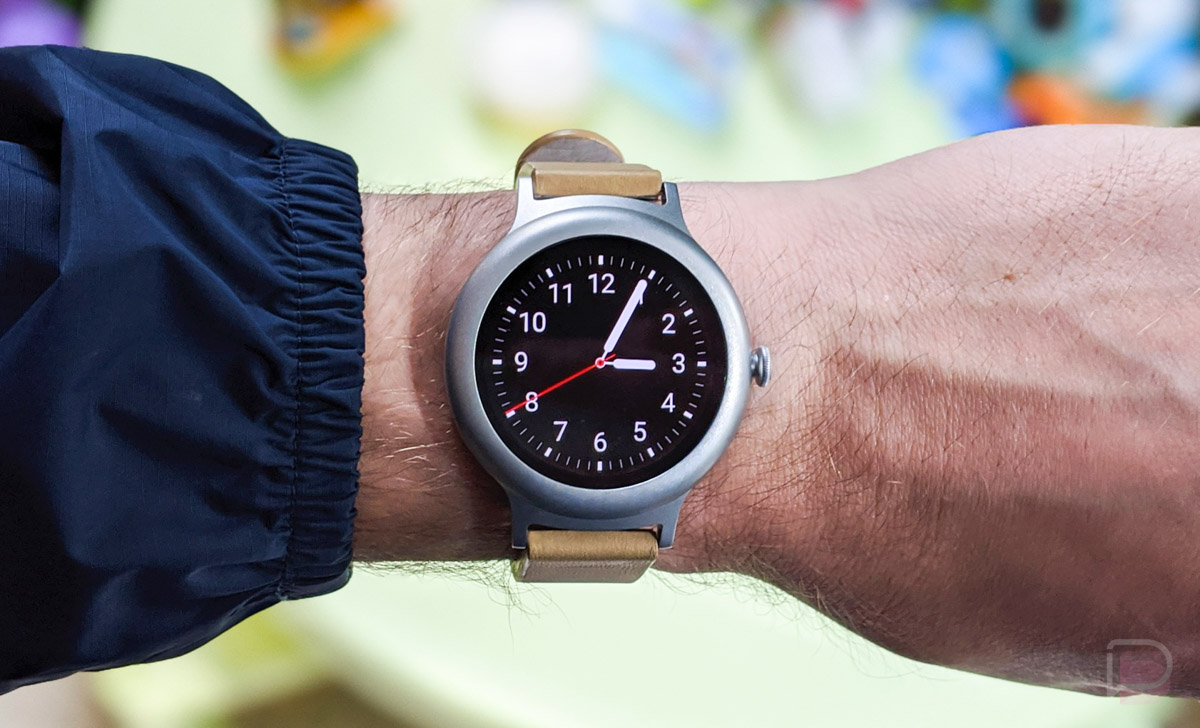 If Wear​ ​OS is so terrible, then why is the Android community so anxious for a Pixel Watch? Wouldn’t it just be more of the same?

K:  I think it’s because there’s a new opportunity with Qualcomm’s Snapdragon Wear 4100. I’m telling you, the TicWatch Pro 3 is a really good watch because of that chip and it could lead to some great watches from from other companies, we just need them to try. A Pixel Watch with that chip could also mean Google finally caring about Wear OS and then doing something with the platform to enhance features. We want a Pixel Watch because the idea there is that it moves the platform forward for the first time in years.

T:  It’s because if anyone can make a decent Wear OS watch, we’d hope it would be Google. However, if the Pixel Watch comes and it sucks, I officially declare Wear OS a dead platform and I shan’t speak its name ever again. Would it technically be more of the same boring Wear OS? Technically no, since we’re assuming there’s been lots of work done to the platform behind closed doors by Google and its partners. Along with the Pixel Watch, I expect a revamped platform. Fingers crossed, but my expectations are already low.

T:  I was a big Xbox guy, but I think I’ll be going PS5 once I can actually buy one.

What are you eating for dinner tonight and what do you wish you could be eating?

T:  I think we’re doing Chinese tonight. I get the beef & broccoli, plus some chicken chow mein. Delicious. 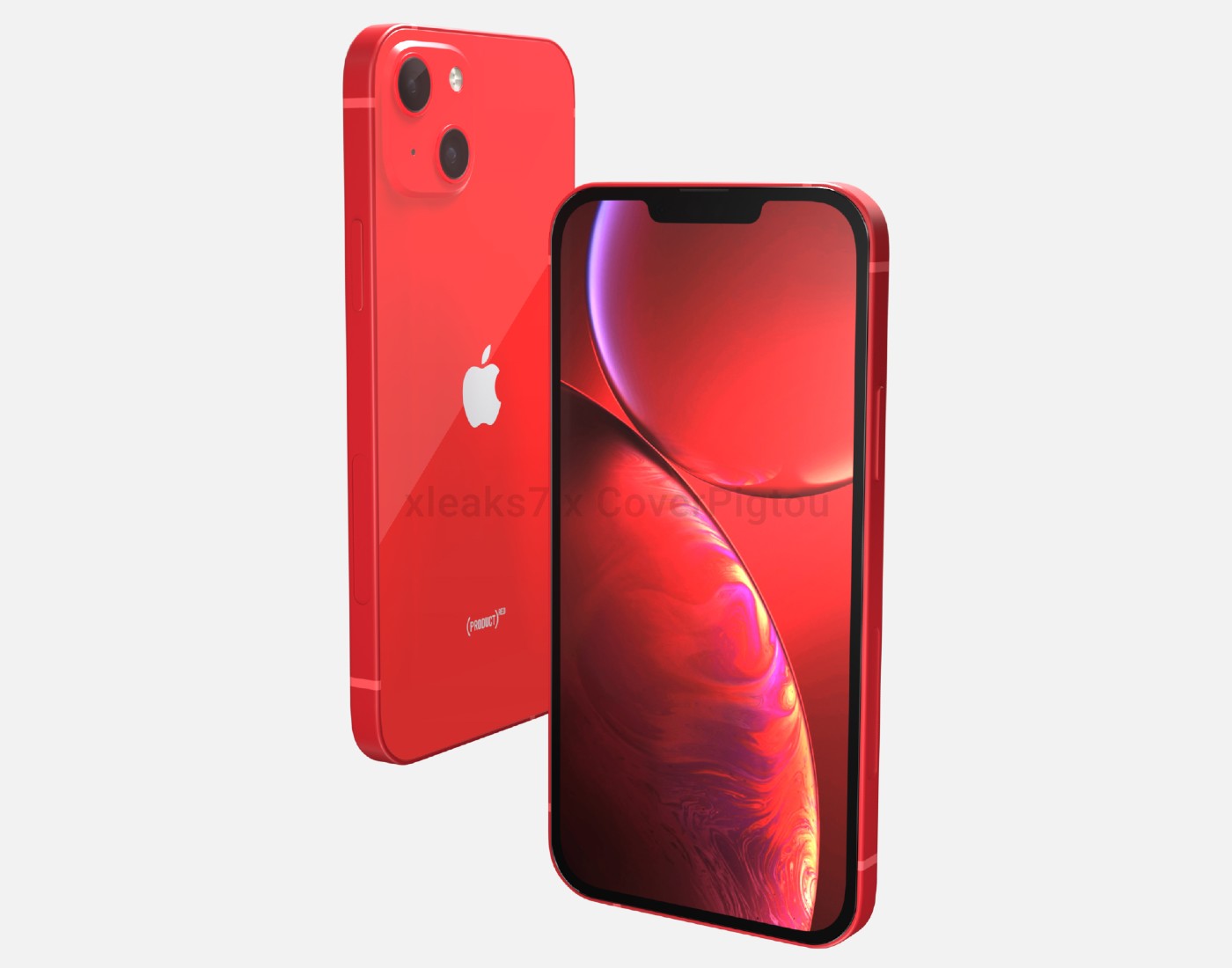 Will you guys be interested in trying out the new iPhone’s this year?

K:  The rumor is that we’re getting 120Hz displays in them for the first time, so yeah, that makes them appealing, assuming they stick with the designs of the iPhone 12 too. But since I own an iPad and have to interact with it from time to time, I know I’ll hate iOS in 2 hours and wonder wtf I’m doing with an iPhone.

T:  As I said earlier, the iPhone 13 is shaping up to be the first Apple phone that has interested me in about 7 years or so. We’ll probably get one and check it out.

*Bonus Question* What is Ron up to these days?

R:  My wife and I are doing well. We’re both working (she’s a speech-language pathologist and I’m the music director and administrator at our church) and taking care of our boys (James is 3, Thomas is 1, and we have another child on the way). Last weekend I was ordained a deacon in the Anglican Church of North America and in about a year I will be ordained a priest. I recently finished my MA in Classical Theology at Talbot and I’m continuing studies and training in preparation to be a priest.

In terms of technology I gave the 3 XL a try when that was released, but the RAM management was so bad I switched back to iOS (I could barely have three apps open without one needing to reload – Kellen and the others who complained about it were totally right on, it was bad). I had the Android itch again more recently and picked up the S21 Ultra, which was a great device that I can easily recommend, but I ended up selling it and switching to an iPhone 12 mini. Part of that was the usual suspects (iMessage, Apple integration, exclusive apps) and part of it was not wanting a gigantic phone anymore.

It was weird seeing LG bow out of phones recently – when I was finishing writing at Droid Life I was talking about how Blackberry was doing something different and how exciting that was compared to the usual suspects of ok software and basic hardware. Obviously the reality is people just want a phone. The days of fun designs, risky attempts to gain market share, and hardware keyboards are gone. When I was selling my S21 I tried to activate a handful of old phones to use just in case while I waited for my iPhone to arrive. I pulled out my purple RAZR, Palm Pre 2, Droid Incredible, Nexus S, Touch Pro2, HTC Trophy… none of them ended up working out (you can’t activate 3G devices anymore) and some were very broken in terms of web technology (webOS in particular). It was fun to see those phones again and remember the old days of flashing ROMs on my Droid, swapping out batteries, having new phones release every month… just a totally different world.

I jump in to catch a DL show or read the latest news every so often and I remember those old DL days fondly. Moto Money, the Tato Show, Box Fan, I’m not going to get the Moto X but you should… Those were good times. For those who were there with us back in those days – cheers! I hope you all are well.