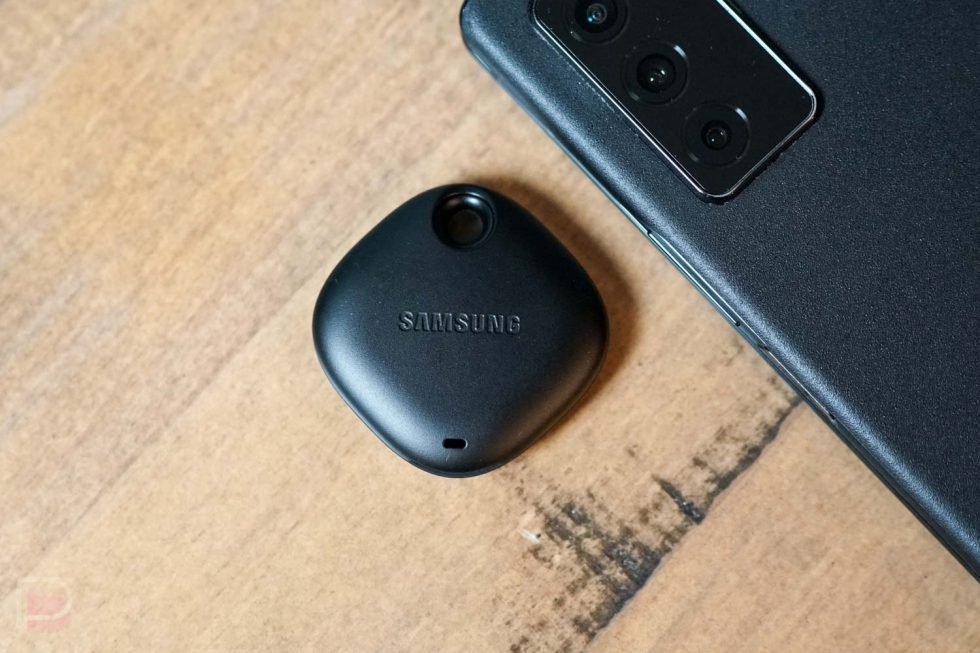 As a part of the Galaxy S21 launch, Samsung introduced their first tracking tag called SmartTag. That device featured Bluetooth for location tracking of objects like luggage or your keys, had a price of $30, and shipped for free to anyone who bought the new Galaxy S series phones. That wasn’t the only Samsung SmartTag, though.

There was another version of the SmartTag called SmartTag+ that was sort of announced, but only given a vague “later this year” release time frame and a $40 price tag. According to at least one retailer, SmartTag+ arrives April 12.

This morning, the SmartTag+ cruised through the FCC and B&H Photo is listing it for pre-order at that announced $39.99 price, with a shipping date of April 12. B&H has the black version up for pre-order, but appears to be readying a blue version too.

The difference between the SmartTag and SmartTag+ is that the first locates object using Bluetooth while the new Tag+ also uses UWB. UWB offers a more precise location estimate when you are closer. The Tag+ can even use the SmartThings app it connects through to fire up an AR mode to point you in the proper direction.

Like the original SmartTag, this new SmartTag+ can be programed to perform smart home duties too, thanks to the built-in button.