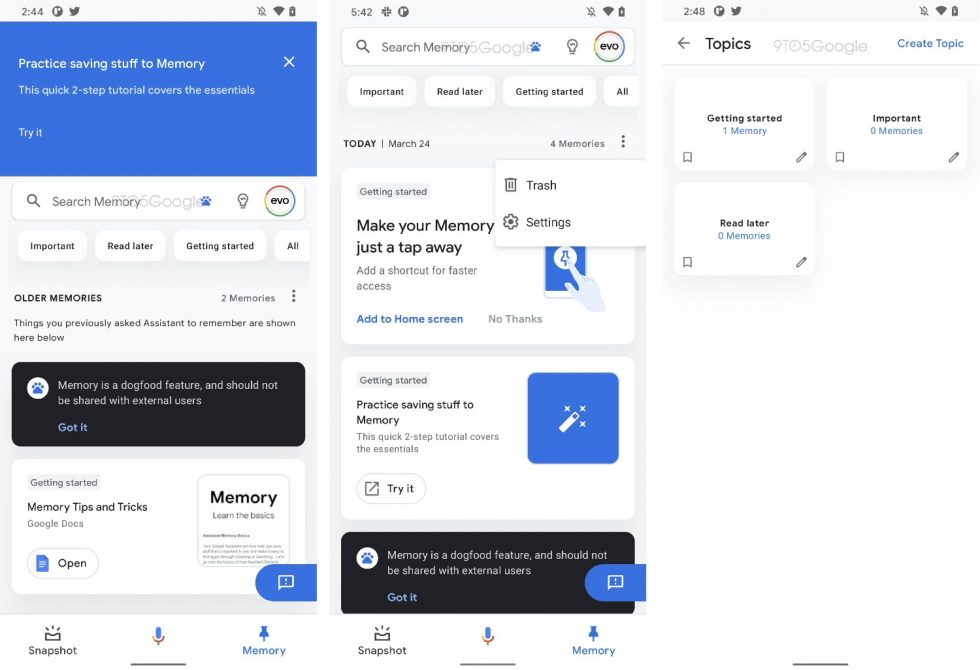 As Android users, we have a few ways of saving information for later down the road, depending on how we need to access that information. For example, if I have an idea for a song, I’d toss that into Google Keep and access it for editing whenever I want. I wouldn’t tell the song idea to Google Assistant, expecting it to remember it for me. However, I would ask Assistant to remind me to call my mom later, instead of putting that information in Google Keep. More plainly, different types of information require different services to keep it all in order. Well, according to a new experimental app/service being worked on by Google, we could soon see a single place to store pretty much everything on Android.

Called Memory (Google Assistant Memory, to be exact) and being fed to Google employees only for now, this new experimental feature is like multiple apps and services crammed into one. According to the setup process for Memory, spotted and detailed by 9to5Google, users can do the following:

You can essentially store anything and everything in Memory, then access that via a built-in search function. You can store events, recipes, reminders, shows, websites, and everything else. And not only does Memory want to save the specific thing, it wants the context, too. For example, memories can apparently include screenshots, URLs, as well as locations.

We might still be a ways from seeing Memory make its way to every day Android users, but it looks to be coming and Google is certainly making an investment in it. Does this mean Google Keep or things like that could go away? We don’t know yet, and while this is still in the experimental phase, we’re unlikely to know for sure.

Does Memory sound intriguing to you?