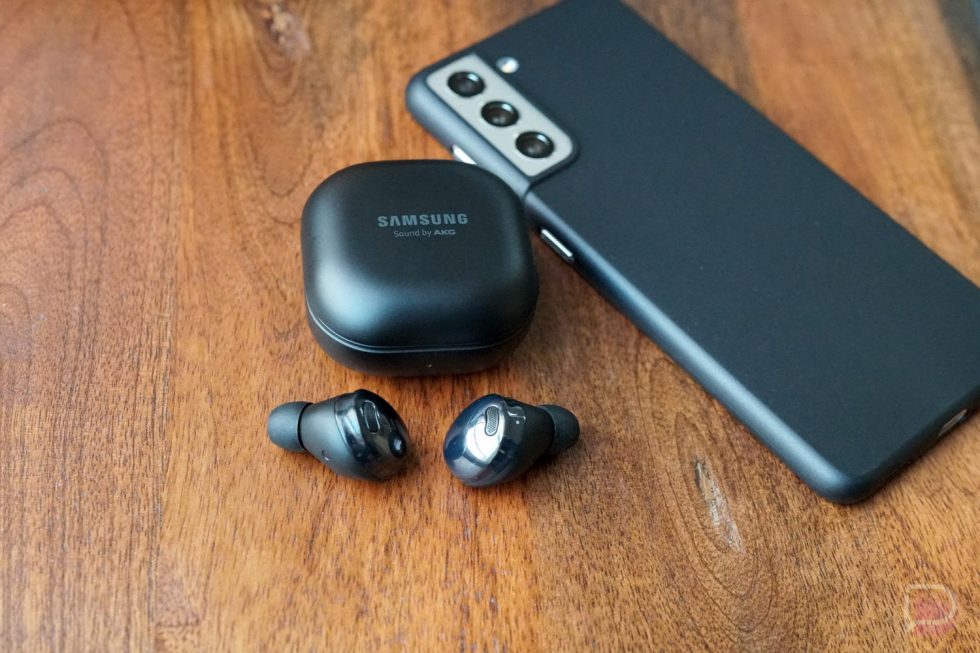 When buying a Galaxy S21 or Galaxy S21 Ultra, thanks to an instant credit offered that could be spent to buy accessories on the spot at a discount, I think it’s safe to assume that a bunch of people recently bought Samsung’s new Galaxy Buds Pro with their new phone. I know I did. Tim did too. It was an easy pick-up, especially after hearing Samsung’s pitch about their newest pair of ANC-equipped wireless earbuds.

We’re still testing ours, but most early reviews of the Galaxy Buds Pro have compared them favorably to Apple’s AirPods Pro and called them Samsung’s best yet. While I can tell you now that I do think they sound pretty incredible for true wireless earbuds, there’s another area of concern that a whole bunch of early adopters are running into that have hurt the Buds Pro’s rating. No one can figure out how they fit.

I was cruising around Samsung’s store today (because I have nothing better to do) and noticed that the Buds Pro, which again are almost universally praised by reviewers, have a 3.2-star rating with 120 reviews in. When looking through the reasons for such a low rating on a product that seemed like a slam dunk from Samsung, it doesn’t take long to see what’s up. 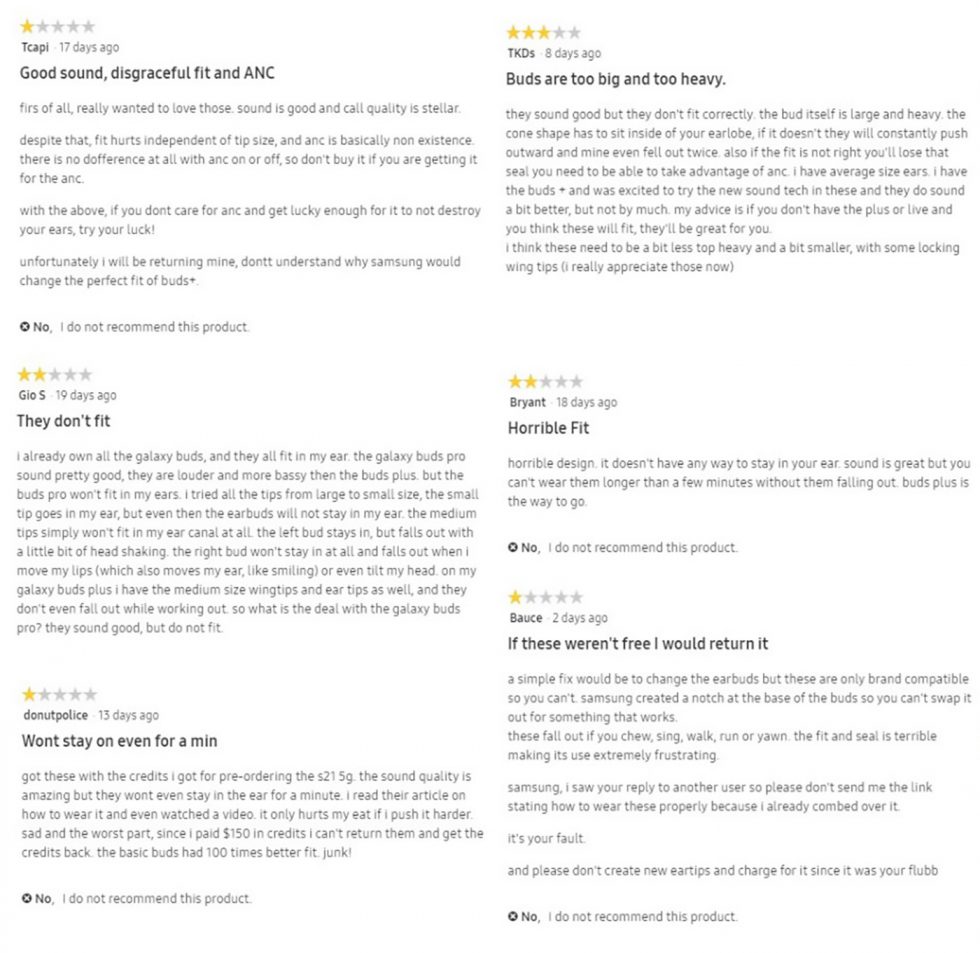 Those are just a small sample of the complaints. Most people think they sound and look great, but wearing them is the issue. They either don’t fit well, cause discomfort, or fall out with something as silly as chewing gum.

The funny thing is that Samsung keeps responding by basically telling everyone that they are fools who are wearing them wrong. Their response includes a link to a guide on how to fit tips onto the Buds Pro and also properly insert them into ears.

During my usage, I can’t say that I’ve had fit issues. Out of the box my Buds Pro fit well and are secured by sliding them into each ear and then giving them a slight twist into position. I feel like I do that same move with all true wireless buds, though, so maybe these folks just need some practice.