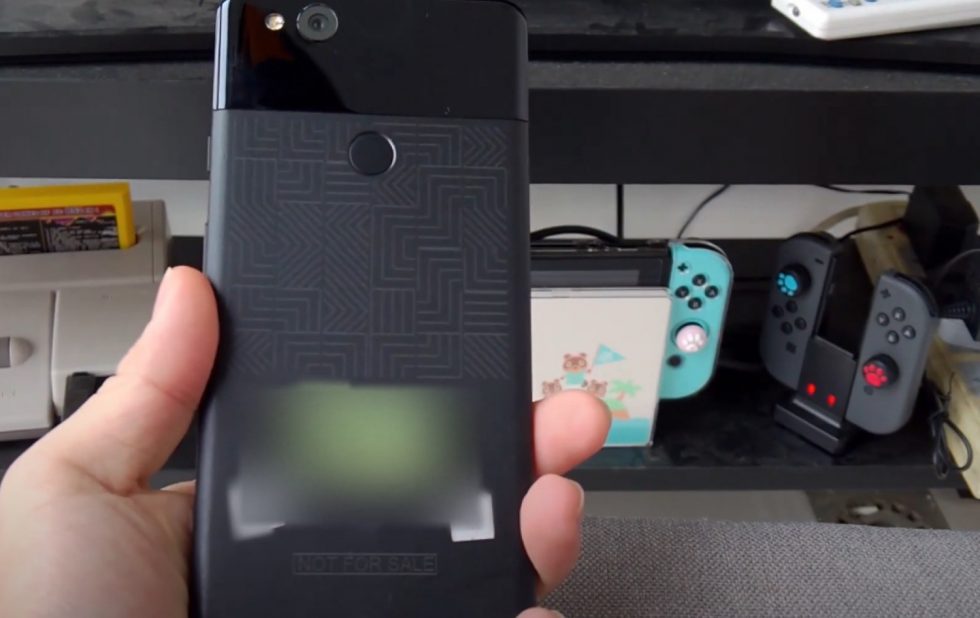 We know much about the history of the Pixel 2 XL and its development. It must be one of the more complex and interesting stories, considering there were two companies — LG and HTC — working on different versions of the device simultaneously. We’ve seen quite a few prototypes of the Pixel 2 XL straight from Google but those were just photos. Thanks to a video recently published to YouTube, we get a hands-on look at a working HTC-made “Muskie” (2 XL) prototype, which differs from the LG-made “Taimen” model Google released. You know, the one we all know and love.

What we can quickly see in this video is that Google was pretty satisfied with the backside of the phone, as what we see here didn’t change much from the production model of the Pixel 2 XL. However, when we get to the frontside, we see a big ol’ chin and forehead with dual stereo speakers, similar in appearance to the smaller Pixel 2. As we know, the Pixel 2 XL that launched has much thinner bezels, thank goodness.

The video goes on to give us a lovely software tour, as well as a boot-up into recovery mode. That takes me right back to the custom ROM days.