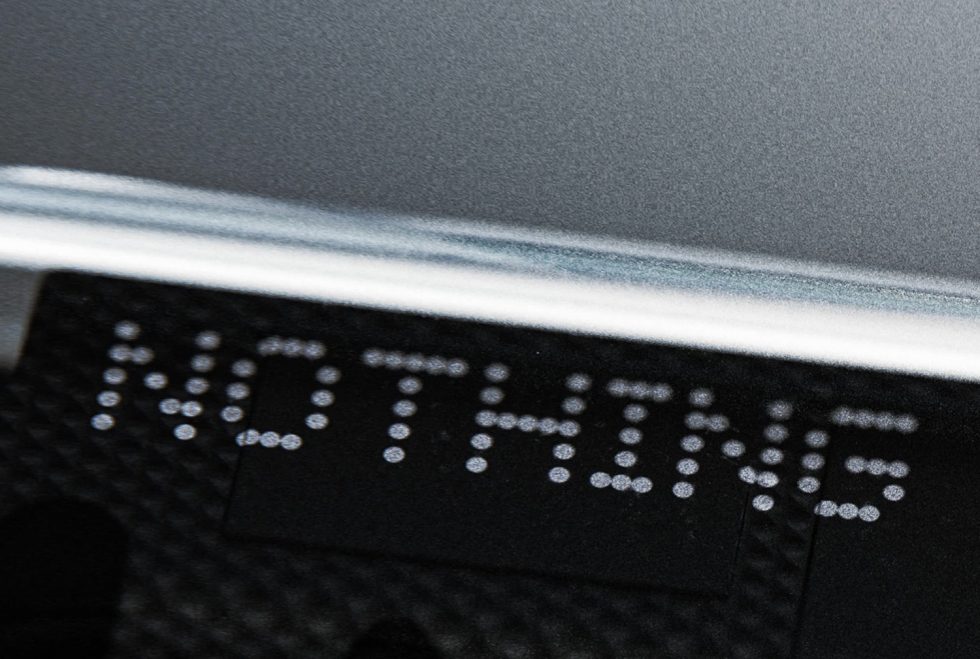 You may recall that OnePlus co-founder Carl Pei left the company in October of last year to take a bit of a break before launching a new venture. His break appears to be over and a new company has risen. Carl Pei launched a company today called “Nothing.” As a normal journo, I think I’m now supposed to follow up that sentence with a punny comment or dumb joke, but I’ll spare you.

What is Nothing? A smart device company of some sort. We don’t know what kinds of smart devices they plan to release, but a good bet is on audio-related stuff at first. You see, Nothing is trying to be clever by only giving out info in small doses, basically in the same way that OnePlus hyped its early products. It’s a good way to stay in the news cycle on a regular basis, so expect a trollout of announcements as they lead up to revealing something.

In a press note released today, Nothing acknowledged that they’ve accepted a $7 million round of funding from several names you may recognize, like Tony Fadell (formerly of Nest), Kevin Lin of Twitch, and Steve Huffman of reddit.

The first devices from Nothing are expected to arrive in the first half of the year. Pei told The Verge that they are going to use custom made components to try and standout from soon-to-be-rivals, while Wired seems to believe there will be headphones of some kind to start. Pei made sure they knew “It’s so much more than that,” though.

I hope so, because so far nothing I’ve read in any of their announcements strikes me as new. There is talk of a “seamless digital future” and removing barriers between tech and people and that there hasn’t been “anything” interesting in tech in a while. It’s sort of like they threw the book of tech jargon hotwords and mission statements at a wall and went, “Cool, that’s a bunch of nothing, let’s go with it.”