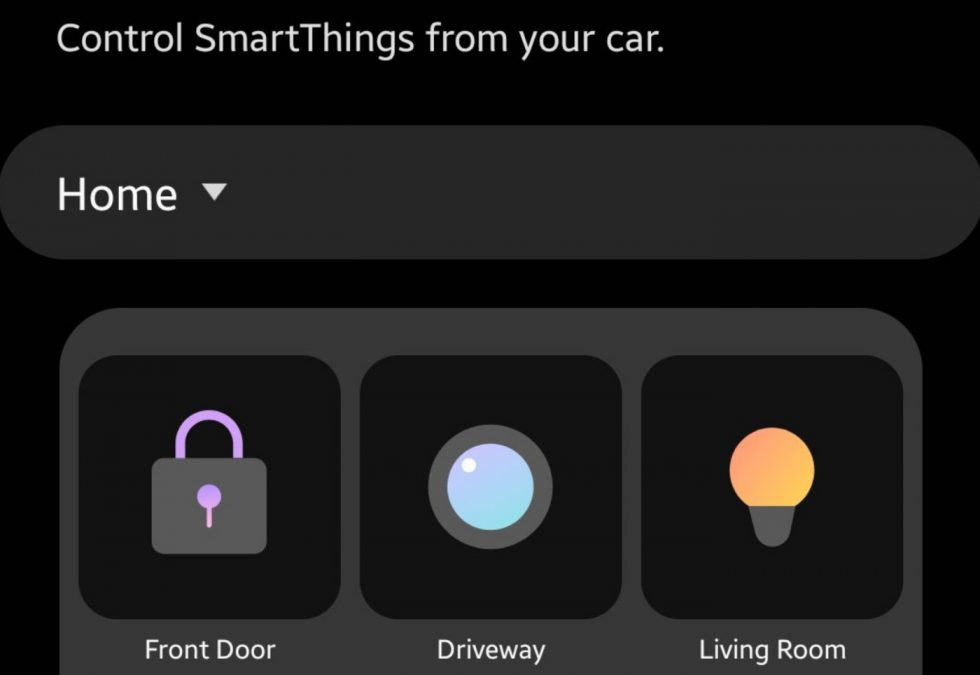 Somewhat surprisingly, Samsung isn’t waiting around, with this integration rolling out to users over the weekend.

In the latest version of the SmartThings app, there’s a new Android Auto section in the settings menu. From here, you can enable various functions to appear on your car’s head unit for control. As of right now, it appears you can only select up to six items to control at once, but as one user says, “it’s a start.”