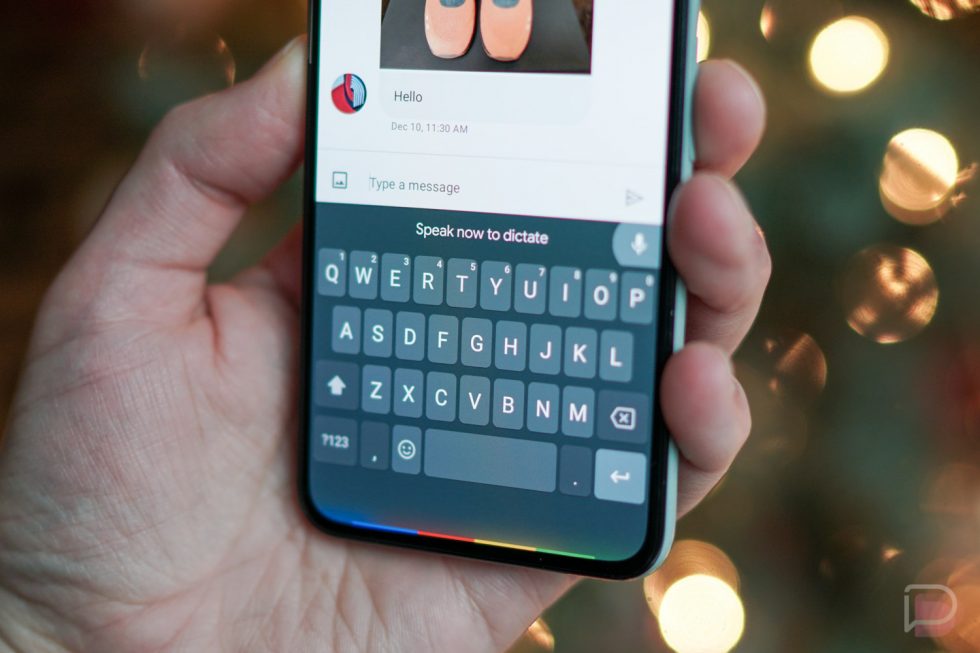 At the beginning of November, Google briefly rolled out a new feature in Gboard called “Enhanced voice typing.” The feature brought a Google Assistant-powered voice dictation service that let you speak more freely during conversations, send messages by voice, and even clear out entire lines of text without touching a button.

It might have launched a touch too soon, though, as Google quickly pulled it. However, this morning, it popped back up for me and is working quite well.

As you can see in the screenshots below, I was prompted with a “New! Tap the mic to chat hands free” message within Gboard that brought a second pop-up with more info. The second pop-up explained that I could now “Save time typing” using the Assistant, where saying “clear” could delete messages and “send” could send them. The idea, again, is to be able to tap the microphone button in Gboard and then speak more freely. 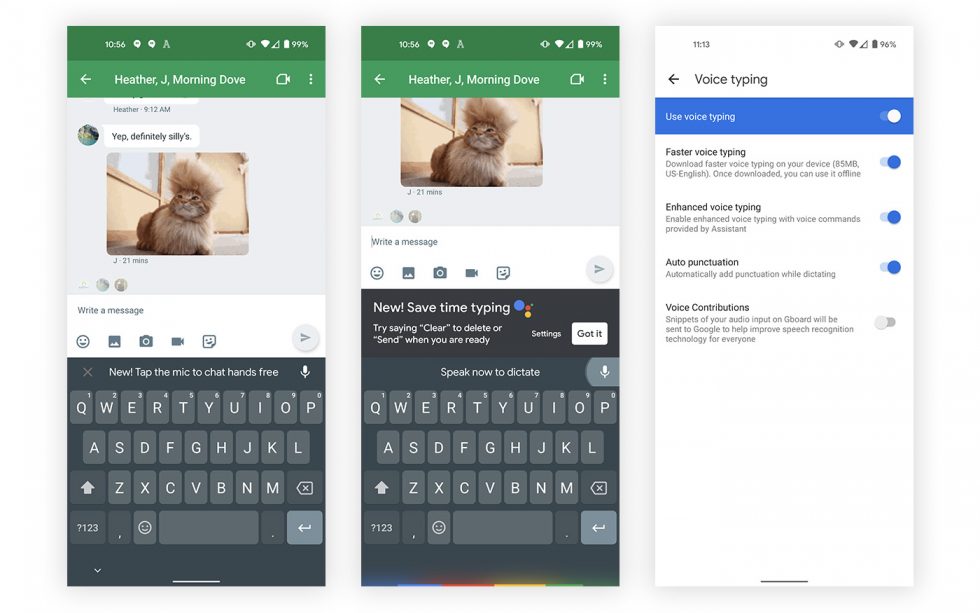 To check to see if you are in this new wave of rollout, you could open a message app with Gboard. If you aren’t seeing it, tap on Gboard’s settings button, then “Voice typing,” and then look for the “Enhanced voice typing” toggle (above). If you still aren’t seeing it, make sure you are in the Gboard beta. And if that doesn’t help well, I guess I got lucky this time – give it a few days.