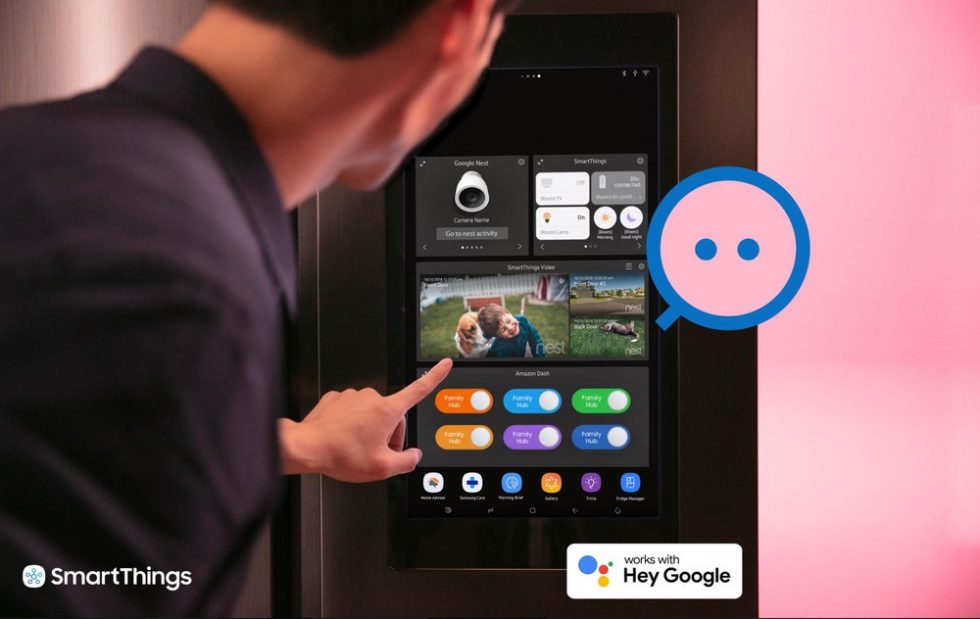 Announced today, Google is partnering with Samsung to introduce a bunch of new integration between Samsung’s SmartThings service and Google’s Assistant and Nest services. Previously, both things weren’t very friendly with each other, but moving forward, some real integration and support between the two services will have consumers in a real good spot.

For example, with this new support in place, users will be able access and control Nest devices, such as Nest cameras, thermostats and doorbells, with the SmartThings app. In addition, you’ll be able to access that same stuff through Samsung smart home devices, like smart TVs and refrigerators.

While it’ll be great to interact with your Nest devices via a SmartThings-compatible device, the integration is 2-way. Following the integration, you’ll be able to access your Samsung smart devices with Google Assistant. For example, you can say, “Hey Google, preheat the oven to 350 degrees.” Obviously you’ll need a really nice Samsung oven to do that, but still awesome. There’s going to be plenty of other great use cases, so if you’ve invested heavily into either of these ecosystems, this should be very exciting news.

According to Samsung, SmartThings technology will be available on Google Nest products starting in January 2021.