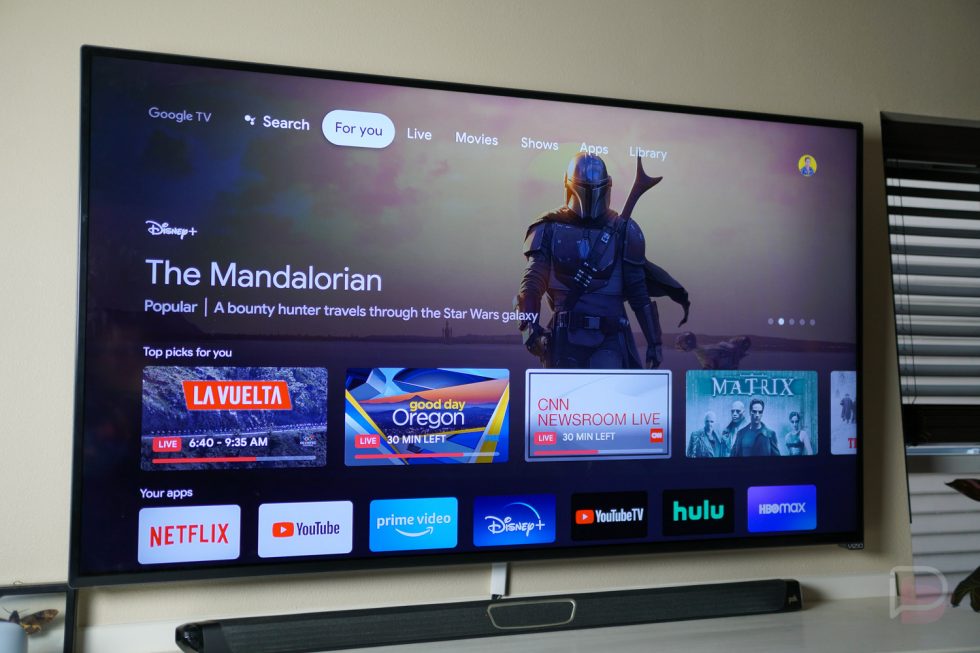 Google TV is all about recommendations. These recommendations stem from what you’re watching, the services you’re subscribed to, as well as things that are on your watchlist. This week, Google is highlighting a few tips, allowing users to improve Google TV’s recommendation system.

If you use a Chromecast with Google TV (review here), check these out.

From the Settings menu, Google TV users can manually add and remove which services they are subscribed to. For example, if you picked up Disney+ to follow the adventures of the Mandalorian, be sure to add that provider to Google TV so it can recommend additional titles from the service. Same goes for other providers, including Netflix and Hulu.

Google states that Google TV uses titles on your watchlist to build its recommendations for the users. Use this feature to help Google by adding titles to your watchlist. For example, if you want more movies like John Wick, but still haven’t seen John Wick 3, add John Wick 3 to your watchlist and Google will hopefully provide some other great action flicks. And since we’re already discussing action films, if you haven’t seen The Transporter starring Jason Statham before, I highly recommend it.

If you see a title recommended to you, but have already seen it, you can click on that title and hit the “Watched It?” button. Google TV will then recommend other movies and shows based on your watch history.

Next to the “Watched It?” button you will see a thumbs up and thumbs down button. This is where you can rate titles, and based on your feedback, Google TV can recommend additional shows and movies.

Announced this week, Google has a new feature that lets you manually vote on titles you like and dislike. As shown in the gif above, you’ll be shown a series of titles and you can choose if you want to see more or less titles like the one displayed. That’s pretty sweet.

Google says you can expect to see the new stuff over the course of the next few weeks.

How are you liking Google TV?