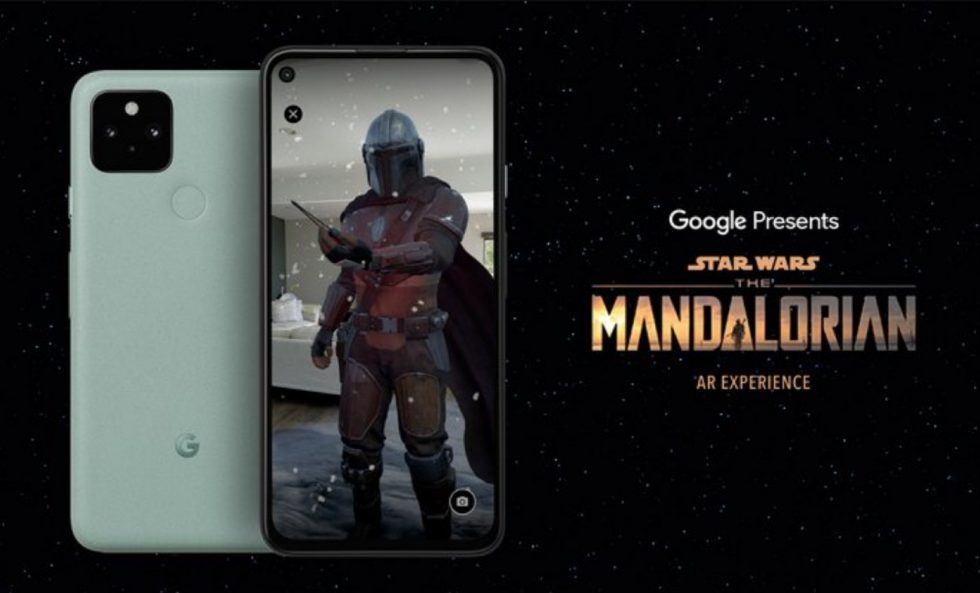 Explained by Google, “The Mandalorian AR Experience puts you in the shoes of a bounty hunter following the trail of Mando himself, Din Djarin and the Child. Explore the world of ‘The Mandalorian,’ interact with characters in augmented reality and capture your very own scenes to share with friends.”

Now, that’s a totally cool concept and I’m a massive Mando fan, but after spending a minute inside of this experience, I’m reminded that AR kinda sucks.

Above is a GIF of what the first “episode” is. You see, similar to the show, Google will release new AR experiences each week. And by episode, I mean what appears to be an AR video that lasts all of 30 seconds. And by video, I mean what looks more like a looping GIF. This first episode is just a bounty hunter hologram in a snowy environment who then whips out a tracker and you tap on a few buttons. Then it ends. No excitement, no nothing.

There are apparently secrets built into each episode. You’re suppose to explore your environment and locate what’s hiding, so at least there’s something for you to do. Let’s hope further episodes are bit more immersive.

As for what phones are supported, the full list can be viewed here, but the big 5G phones like Galaxy S20 lineup, Pixel 5, Pixel 4a 5G, newer OnePlus devices, and LG devices are all supported.