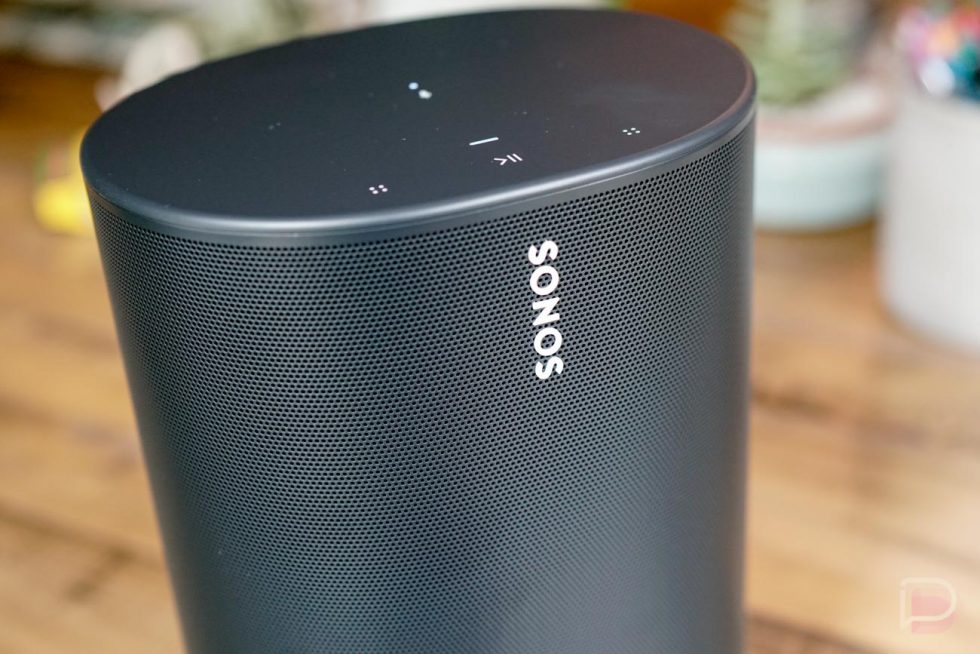 We are in the final days of Google Play Music and (unsurprisingly) YouTube Music still lacks features to put it on equal footing with its outgoing music relative. There’s one missing feature in particular that is going to be a dealbreaker for many, though. Sonos Casting support still isn’t here and there are no signs that it’s coming.

Over the past year, I’ve tried to give YouTube Music a fair chance and often force myself to use it, knowing that so many of you are still attached to Google Play Music and plan to move your collections over rather than switch to another service, like Spotify. Whenever I do, as someone who owns a few Sonos speakers, I immediately get frustrated at all of those Sonos speakers missing from the list of devices available to Cast to.

I have an old Sonos PLAY:3 that I hooked up in my garage that I use almost every day. I picked up a Sonos Move at a discount this summer that my family used constantly while hanging out outside during warmer months. We use a combination of Spotify (me) and Google Play Music (my wife) and can easily connect to any of these devices with a couple of taps. Spotify has its own device connection button or system, but with Google Play Music you just use the Cast button, since each Sonos device shows up as an option alongside Google Home/Nest and other Cast targets. Google Play Music picked this option up in 2014, if I remember correctly.

To connect to a Sonos speaker from YouTube Music, you can only do so by using the Sonos app. Outside of setting up a new Sonos speaker, I’m not sure I’ve opened the Sonos app to play music through it since 2014 because it’s not a great app. And there hasn’t been a need to use it since it’s infinitely quicker to just Cast to one through Spotify or Google Play Music.

“But Kellen, just use the Sonos app and stop complaining,” you say. The issue there is that I have a bunch of Google Home/Nest units throughout my house that I would Cast to from the YouTube Music app because the Sonos app won’t play to them. But then for Sonos stuff, I’d have to open up the Sonos app. It’s adding complexity (management of two apps) to a situation that didn’t have it previously, all because Google (or Sonos) won’t add Sonos support. 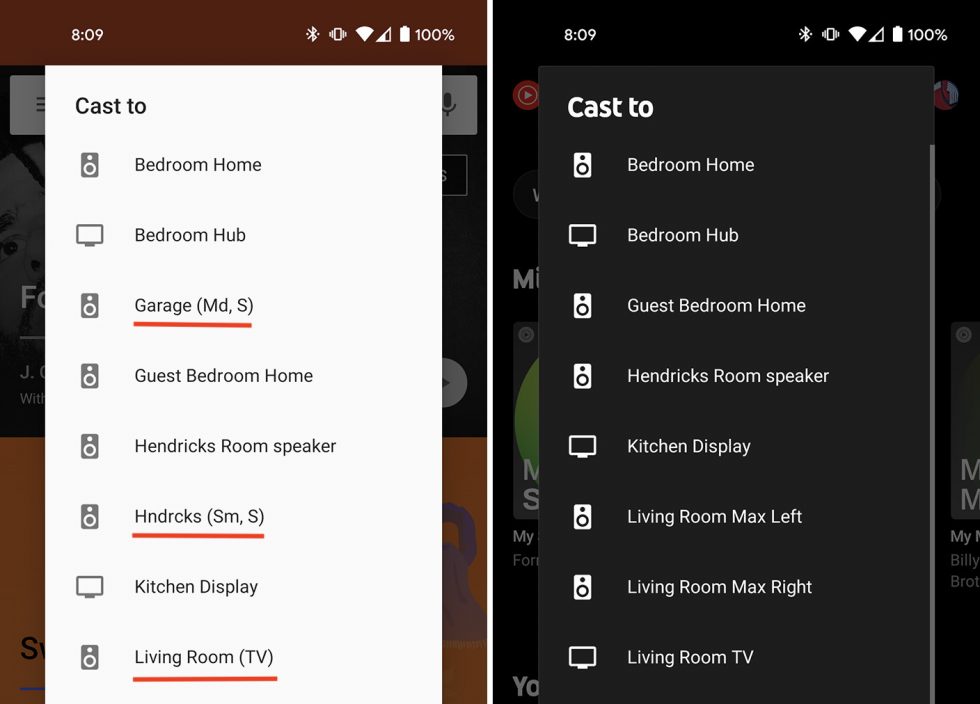 I promise I’m not alone in this either. In April of last year, a support thread was started over on Google’s YouTube Music Help page where users were asking if Cast support would ever show up. It didn’t pick up much steam initially, but has since grabbed hundreds of responses from users like me who are missing this feature. Google ignored it until July of this year, only to respond by not fully acknowledging the issue.

The thing is, in March of 2019, days before that thread was started, the YouTube Music team held a Q&A where they answered questions about YouTube Music and plans for its future. Someone asked about Sonos Casting support and a Googler said that they “are now working on direct casting to Sonos from [YouTube Music], but don’t have any set dates yet.” That was a year and a half ago! And again, this feature is already in Google Play Music!

So what’s the deal, why isn’t Google adding Sonos Cast support? We just don’t know. In January of last year, Google made a splashy announcement about YouTube Music arriving within Sonos and (obviously) hasn’t made any Cast-related moves since. We know that the two companies are having a legal battle over the technology their smart speakers use. Is that a part of what’s holding this all back? I hate to jump to “Yes,” but what else would be stopping them?

Again, I’m a Spotify user at this point, but there are countless users out there who pay for YouTube Premium and used Google Play Music who aren’t going to want to switch like I did and pay for another service. They already pay for YouTube Music and Google should bring over a matching set of features like they said they would. There is no excuse for Google to not add Cast support, and by leaving it out, they are giving a big chunk of users a lesser experience than they were promised.