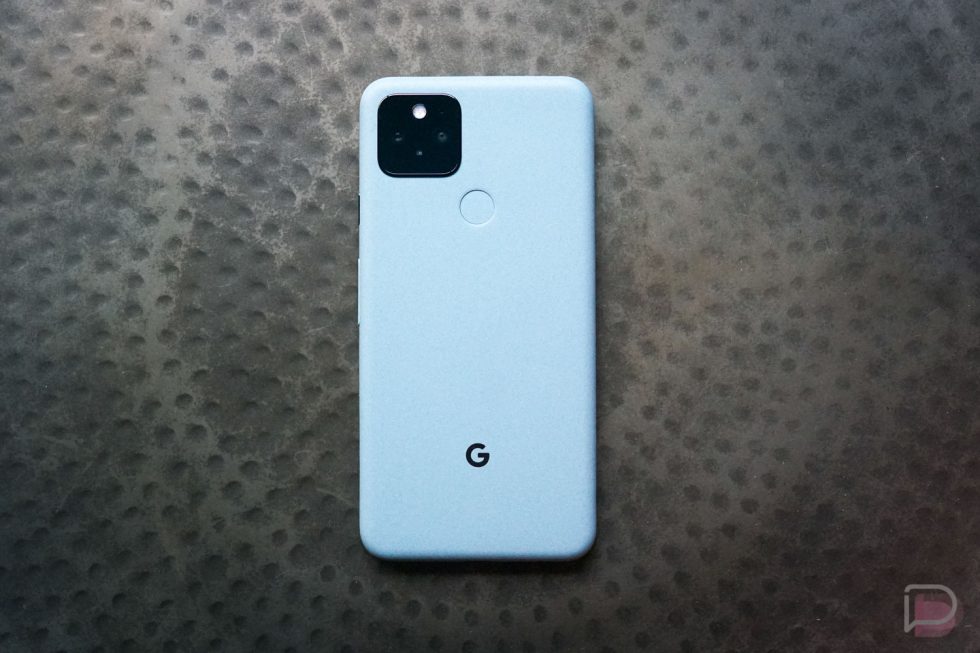 With the release of the November Android security update for Pixel phones, Google posted a list of the “notable” fixes they included for the Pixel 5, Pixel 4a 5G, Pixel 4, Pixel 4a, Pixel 3a, and Pixel 3. There are at least a dozen improvements here.

In the list, we can see that for all current Pixel phones getting the update, Google added a “preventative fix for inadvertent playlist removal in YouTube Music,” fixed a bug “preventing ringer audio for starred contacts in DND mode,” took care of another that caused the “screen to wake after locking device in certain conditions,” and addressed a “hidden navigation during fullscreen media playback” issue.

There are other fixes too, some more specific depending on the phone. For example, the Pixel 4a 5G and Pixel 5 are getting a fix for phone calls not working in Android Auto, auto-brightness improvements when outdoors, and inconsistent touch sounds. The Pixel 4a is getting a fix for touch response with certain screen protectors, the Pixel 4/4a are getting an audio routing fix in Android Auto, and the Pixel 3/3a have improved screenshot when using 2-button navigation. 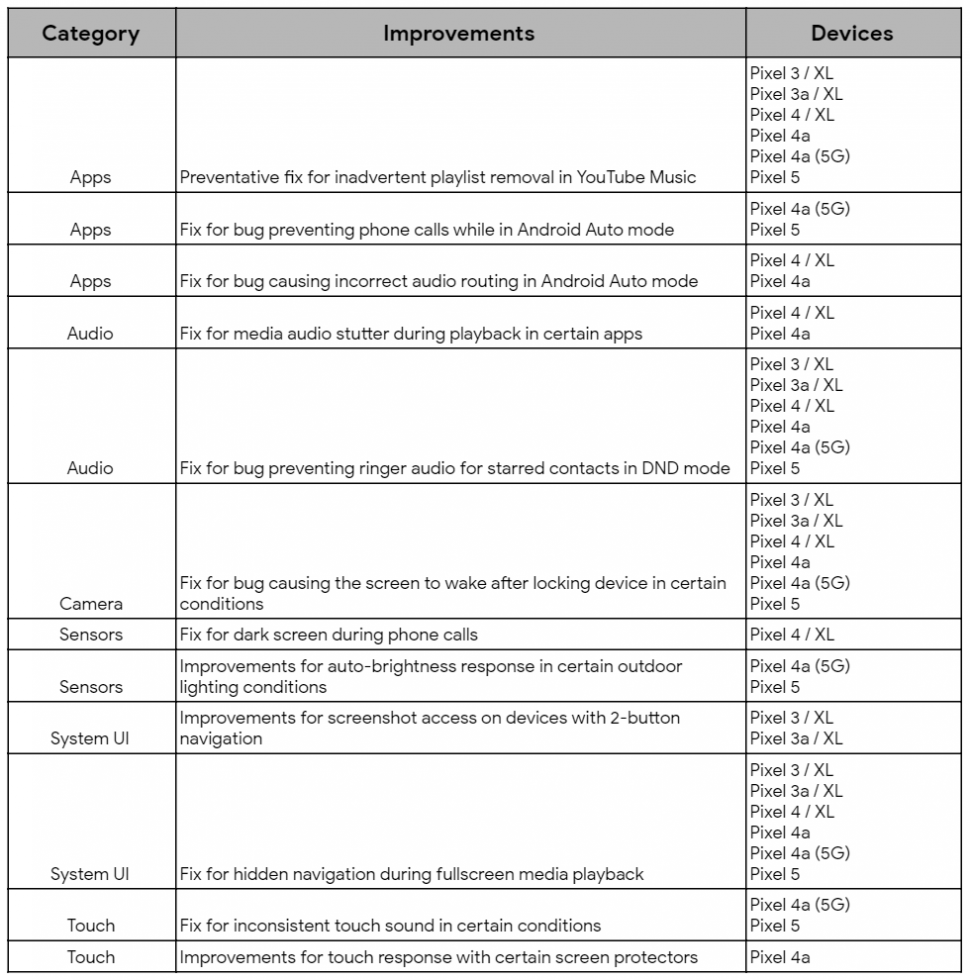 Google announced that the November update is rolling out to (almost) everyone starting today. Unfortunately for those running a Pixel 5 or Pixel 4a 5G on Verizon, you won’t see the update until the week of November 9. Of course, you can always sideload the update today instead of waiting (instructions).