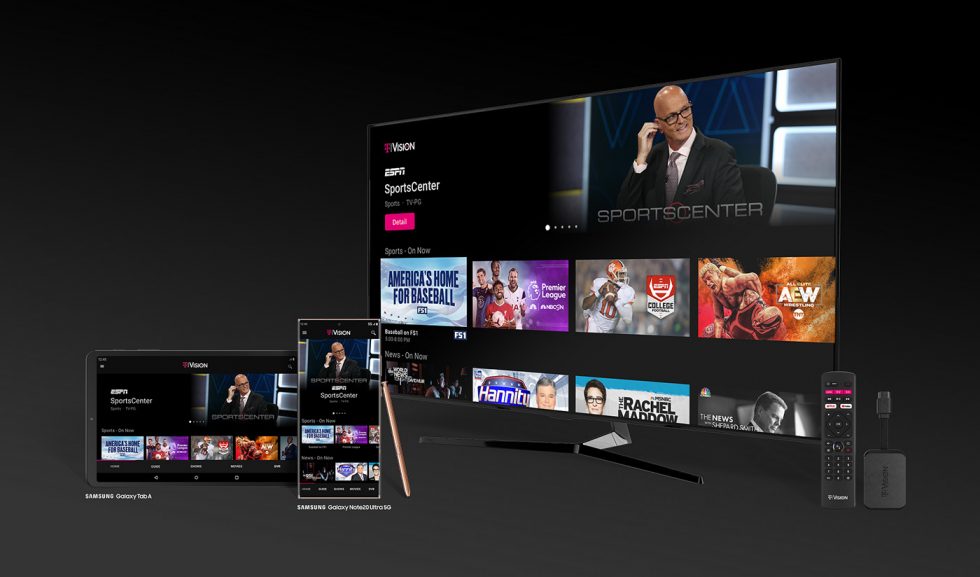 T-Mobile held an Uncarrier event of sorts today that allowed them to announce a big streaming TV push through a service called TVision. Goofy name aside, this is T-Mobile going nationwide with streaming at price points you may actually consider, especially now that YouTube TV is priced beyond any level that makes it a deal to keep paying for.

Since there is a lot to talk about with T-Mobile TVision, we’ll do our best here to break it all down.

What is T-Mobile TVision?

It’s a streaming TV service from T-Mobile that will compete with YouTube TV, AT&T TV, Sling TV, fuboTV, etc. Instead of paying a cable company a monthly fee for hundreds of channels you’ll never watch, through a cable box they make you pay to rent, TVision (like those other services) lets you pay for select bundles of channels that helps reduce the cost. You also get to watch TVision through apps on devices you already own, like your phone or tablet or smart TV device, assuming you have an internet connection.

TVision offers three (3) different plans called TVision LIVE, VIBE, and CHANNELS. The LIVE option has multiple options within it, which means you can really customize the TV experience you need. This is very different than the TVision they tried to launch back in 2019.

What plans does TVision offer?

As I just said, TVision is made up of LIVE, VIBE, and CHANNELS options, all of which offer very different sets of channel line-ups. Before we get into channels, let’s talk pricing. Below is the breakdown that T-Mobile posted today:

To recap that, you have LIVE as the main option with the biggest bundle of channels that includes both live local networks and live sports starting at $40/mo. The VIBE option is a super trimmed down TV starting at $10/mo and includes no live local networks or any of the sports channels. CHANNELS is an a-la-carte option that lets you sign-up separately for STARZ, SHOWTIME, or EPIX.

What channels does TVision have in each plan?

The channel line-up will vary per zip code, but TVision LIVE should look similar to this:

As for TVision VIBE, it’s channel line-up should look like this:

And finally, for TVision CHANNELS, the line-up is as follows: 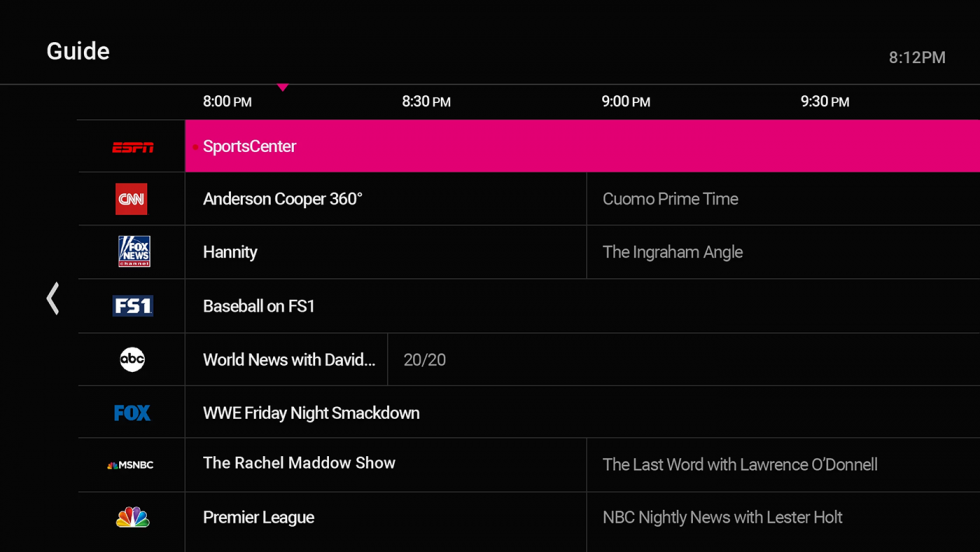 What devices and apps are supported on TVision?

TVision works as an app that you install on supported devices that include the iPhone, iPad, Apple TV, Android phones, Amazon Fire TV, and Android TV (Google TV). We have links for each below.

As for specific devices, again, your current Apple TV, Fire TV, or Android TV device should all work. However, if you want new hardware, T-Mobile is selling the TVision HUB, which is an Android TV dongle that will give you the TVision experience too.

It costs $50, plugs in to the back of your TV via HDMI, and comes with a remote. The remote has controls for Netflix, YouTube, Google Assistant, DVR, the guide, volume, and more. Also, even if you don’t subscribe to TVision, the HUB will work as a normal Android TV box,. 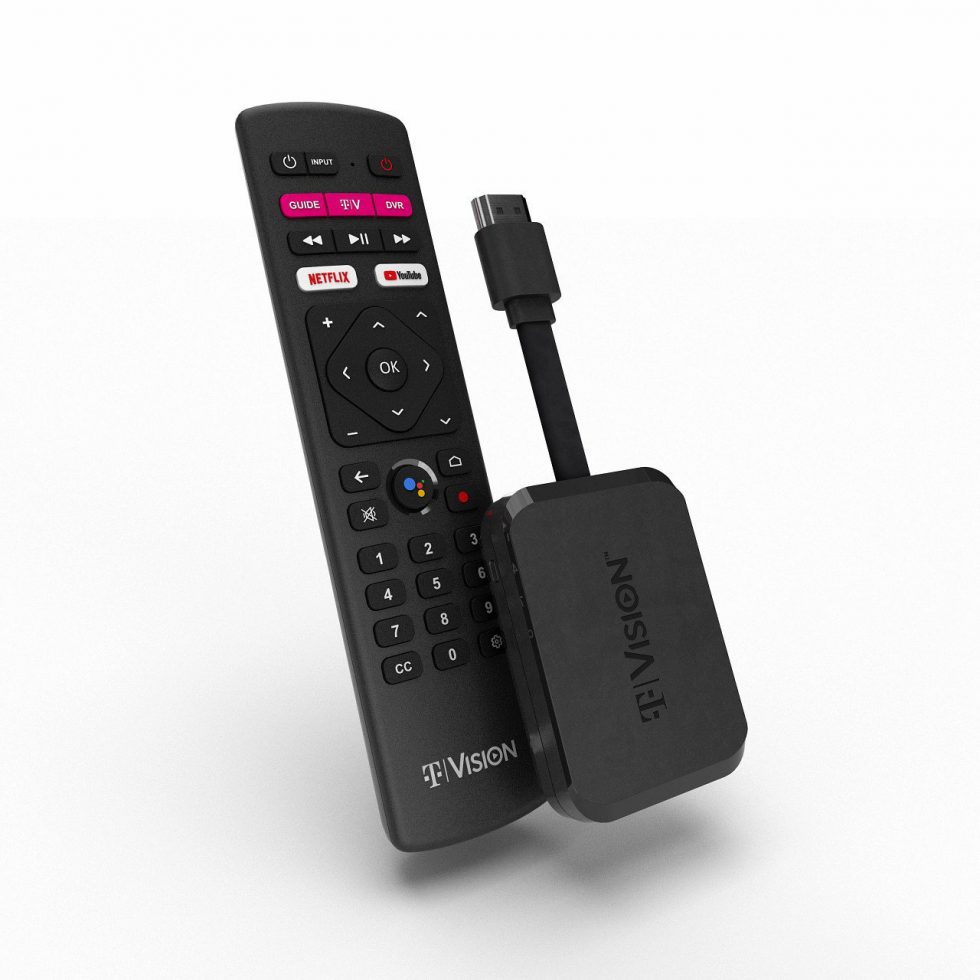 TVision launches November 1 for all T-Mobile postpaid customers. To sign-up, you’ll head over to t-mobile.com/tvision and walk-through the process of adding TVision to your account. Legacy Sprint  customers will get access “later in November.”

Not a T-Mobile customer and want TVision? T-Mobile said they are “going to make it available for everyone over time,” but gave no time specifics.