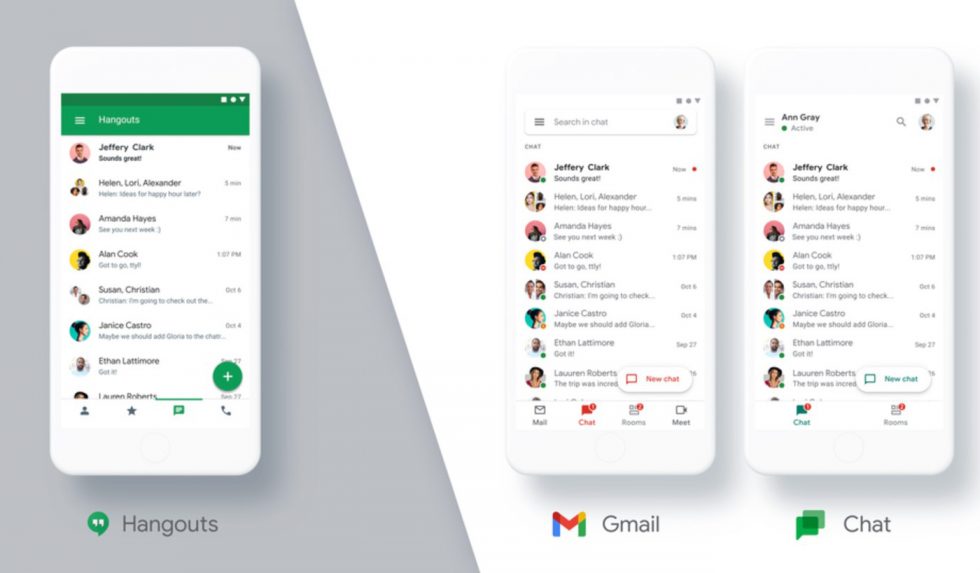 The end of Google Hangouts is a story we’ve been writing about for years. The timeline for it has shifted several times, but we might actually be getting closer, according to several updates Google shared this morning related to their formerly great messaging platform. We now know when the migration to Chat will happen, as well as the future of Hangouts with Google Fi and Voice.

Google Chat for everyone

The biggest bit of news that Google shared today involves Google Hangouts and Google Chat. As you likely know, Chat is the future of Hangouts and Google expects to begin opening up Google Chat to everyone in the first half of 2021. That’s a pretty broad time frame, but we are talking about messaging and an app (Hangouts) that has been in use for over 7 years.

Google will make Chat available for free to everyone (it’s currently exclusive to Workspace users), including the integrated experience within Gmail that Workspace users just picked up. Google will also migrate all of your conversations over to Chat from Hangouts, along with contacts and saved history. Once they finalize all of those specifics, they plan to share more.

To recap there, Google Chat will be available to you during the first half of next year, assuming you are still using Hangouts. Google will do a bunch of behind-the-scenes work to get you migrated over and ready to rock once that happens.

Since that info above only talked about a vague “first half of 2021” time frame, I’ll add that the Google Workspace blog offered more important and precise dates.

In these two bullets, Google tells its Workspace customers that by Q2 of next year, they’ll have to opt-out of switching from Hangouts over to Google Chat, otherwise the switch will happen for them. Currently, it’s an opt-in change.

More importantly, the second bullet says that Hangouts for Workspace customers is actually, fully dying in “late 2021.” In other words, every single Google Workspace customer will have to be on Google Chat, as Google will fully replace Hangouts with it.

On a couple of related notes, Google announced today that early next year, they will remove Google Fi support/integration from Hangouts. In the past, the two have played closely together, providing Fi users with SMS, phone call, and voicemail access within Hangouts. As Google has worked to improve Google Messages, that’s where they see the future. In fact, Google plans to allow Fi users to “make voice calls and check voicemail from Messages for web,” plus they’ll migrate Hangouts conversations over to Messages. In about a month, they’ll provide more details on how that will happen.

As for Google Voice, the big news here is that Google is going to further disconnect Voice from Hangouts. They’ll start pushing users who use Hangouts and Voice together over to Google Voice for everything they need.

So that’s it – Google Chat is finally opening up to everyone early next year, plus Google Fi and Voice are no longer friends with Hangouts.