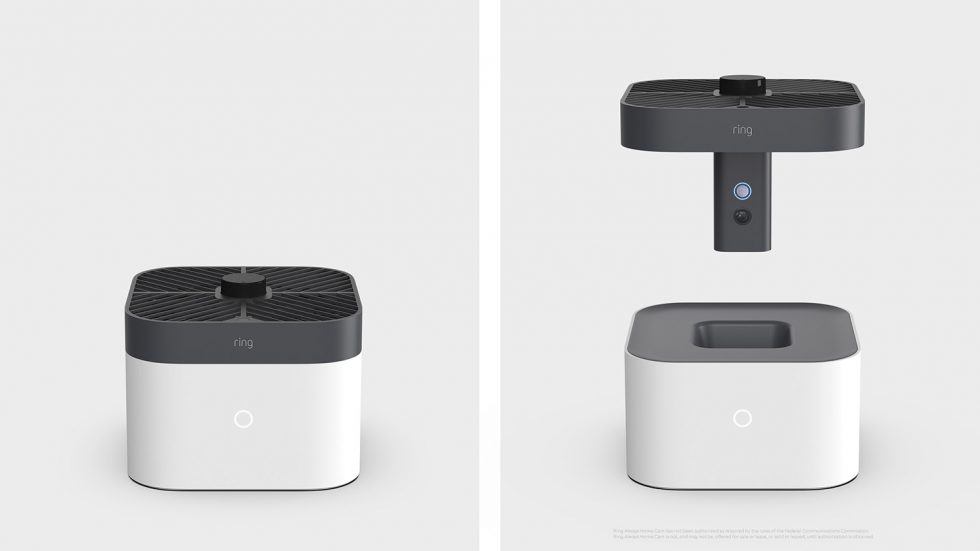 Amazon and Ring are f*cking crazy.

Amazon just hosted some sort of non-livestreamed hardware event where they announced a bunch of stuff, like a new Echo, new Echo Show with swiveling powers, and a Stadia copycat called Luna with matching controller. But the only thing I can even think about right now is the new security camera from Ring that Amazon showed off. It’s a drone…for your home!

Called the Ring Always Home Cam, the idea is that if you have an intruder or want to check on a noise in your house as you are away, you can fly a mini camera drone around to see what’s up.

Ring will let you setup pre-determined flight paths, so that there won’t be much (any?) manual control of the drone in your house. Instead, you could have it automatically fly around the house if your Ring security alarm is triggered or take it on a flight to see if the oven is on or you left a door open.

The camera only works when the mini drone is flying, plus the camera is physically blocked when it sits in its dock.

(Video has no audio, blame Ring.)