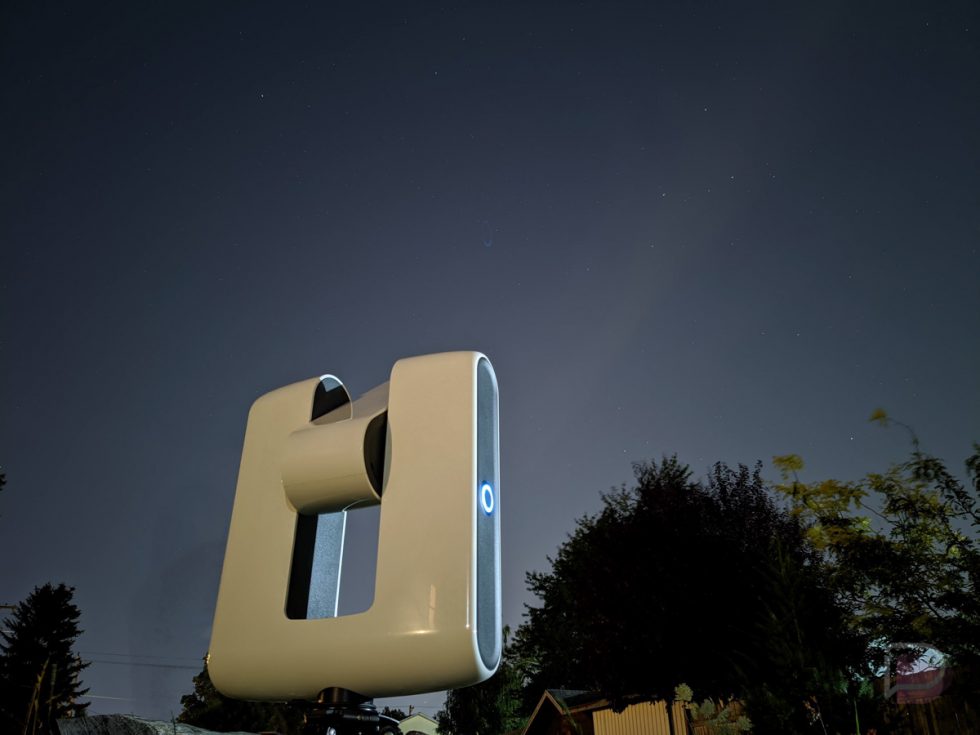 I recently reviewed the eVscope from Unistellar for my Stuck at Home Review series. It was a product I literally had my eye on for years, and for the most part, it lived up to my expectations. What I didn’t know at the time was that there is a similar product called STELLINA, made by another France-based company called Vaonis.

The similarity between how the two devices operate and what they’re capable of is quite noticeable. Both are designed to image large night sky bodies such as nebulae, galaxies, star clusters, or virtually any other distant object in space you may want to look at. They are not specifically designed for observations of our own solar system (our moon, planets, etc.), but if you’re lucky, you can get a somewhat decent look at Jupiter and Saturn. The only true differences between the two devices comes down to the way they look, the app/software experience, and most importantly to me, image quality.

I’ve used STELLINA for a few night observations and have some thoughts to share, so should you be interested in picking up this $4,000 stargazing toy/instrument/tool, take a look. 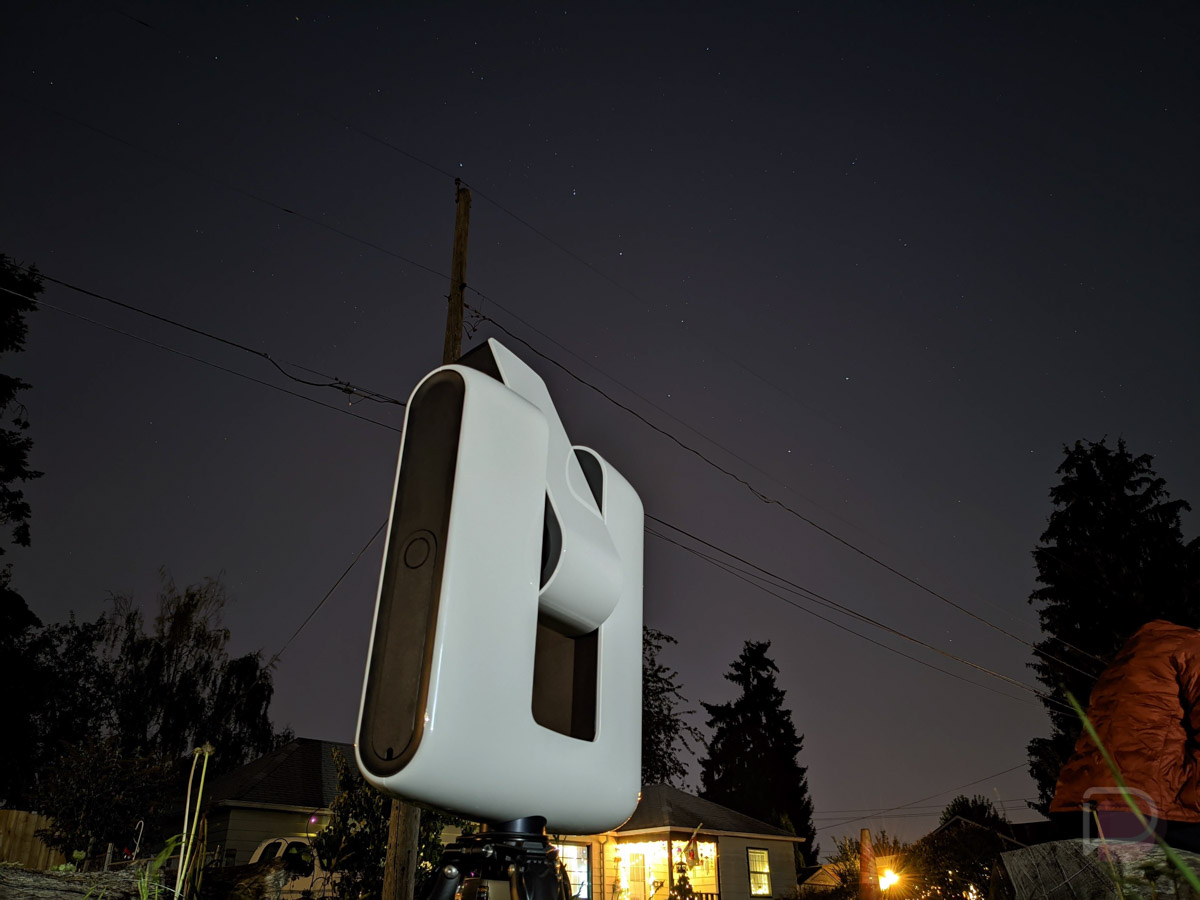 Setting up STELLINA is ridiciulously easy, even for those with no telescope experience. Inside the box you have the three main parts: the STELLINA device, the battery pack that powers STELLINA, and the tripod it sits on. Once you’ve charged the battery bank and attached STELLINA to the tripod, you’re ready to go observe the sky. 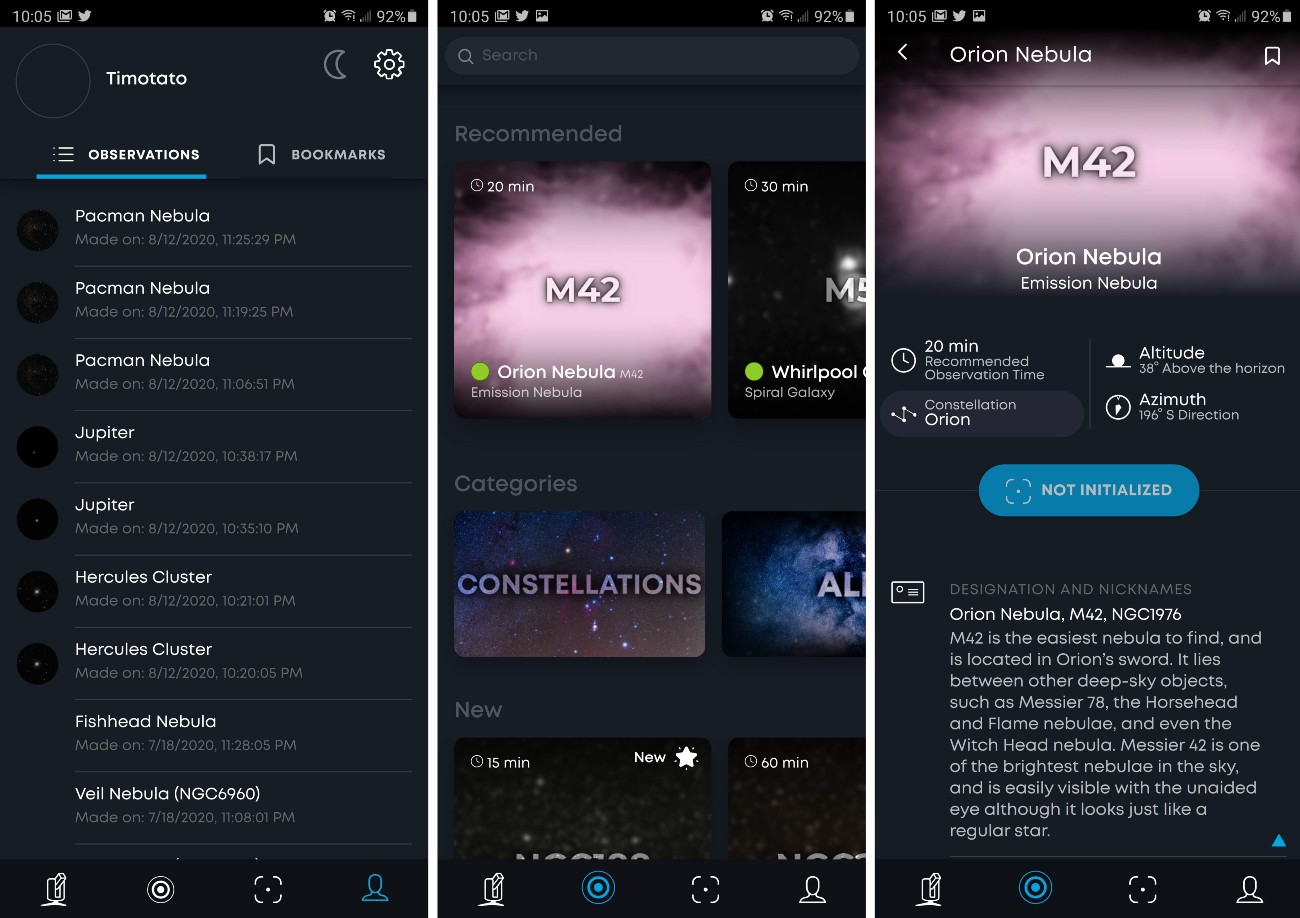 After powering on STELLINA, you’ll connect to the device’s WiFi network, the same as you do on the eVscope. Once connected, you can control what STELLINA looks at via an in-app library or by inputting manual coordinates. What I appreciate about this app versus the eVscope’s app is that the STELLINA app offers a blurred preview of what you can expect from a certain celestial body. Additionally, the app tells you how long you should expect to observe the object in order to get a good image. The STELLINA app is wonderful at taking away any guess work on the user’s part and just works like magic. 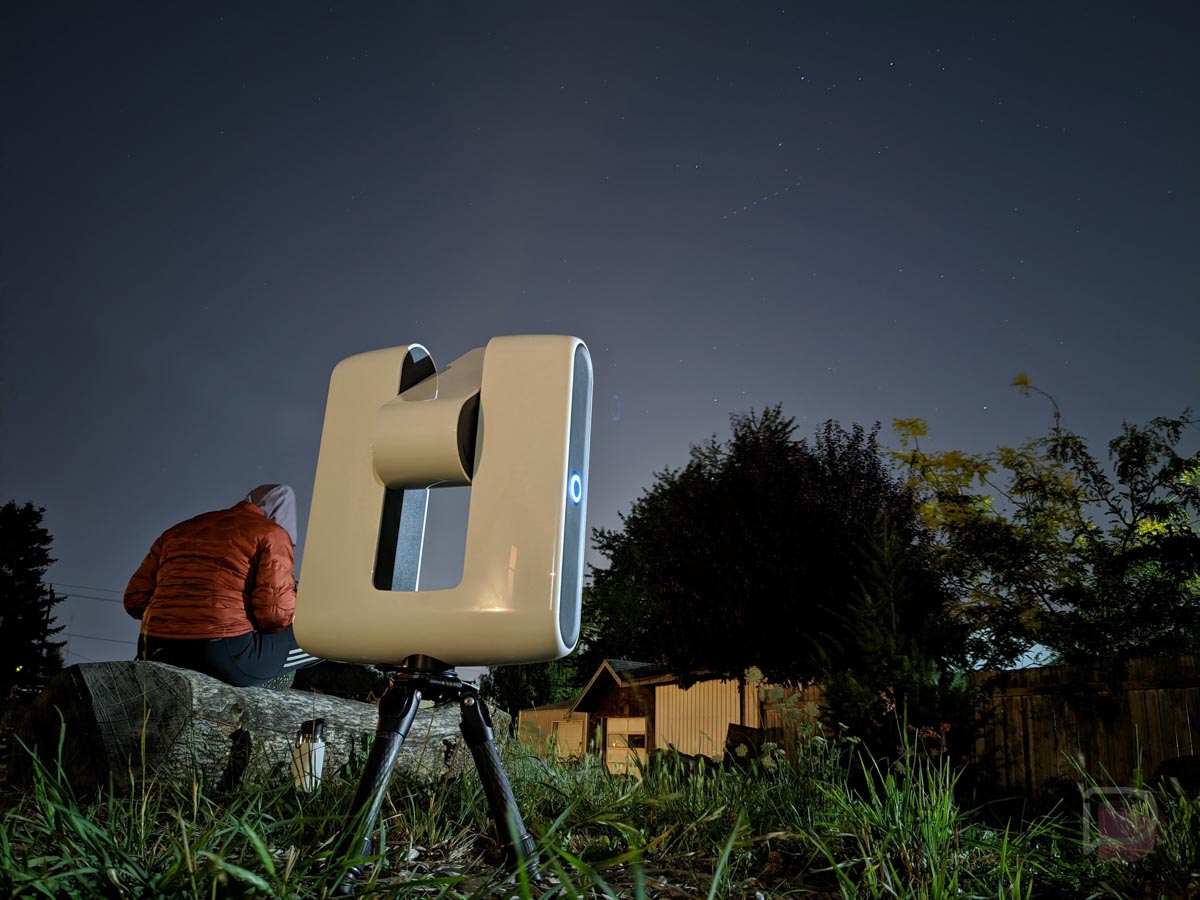 Once you’ve settled on an object, select it and STELLINA will move itself to observe it. It will then begin capturing images and stacking them together, the same thing astrophotographers do when they’re creating their own images. However, instead of needing a fancy camera, lens, star tracker and computer software, STELLINA does all of this work for you.

Again, even for those with no experience with this sort of device, it is very user friendly and straightforward. I don’t foresee anyone having issues setting STELLINA up in their own backyard.

Now that STELLINA is observing an object, you’ll see the images begin to stack on your smartphone. After the recommended amount of time observing, you should have a relatively good image to look at, so long as your location’s conditions were optimal. Do note that hazy skies, bright moon light, and plenty of other factors can have an effect on your observations. 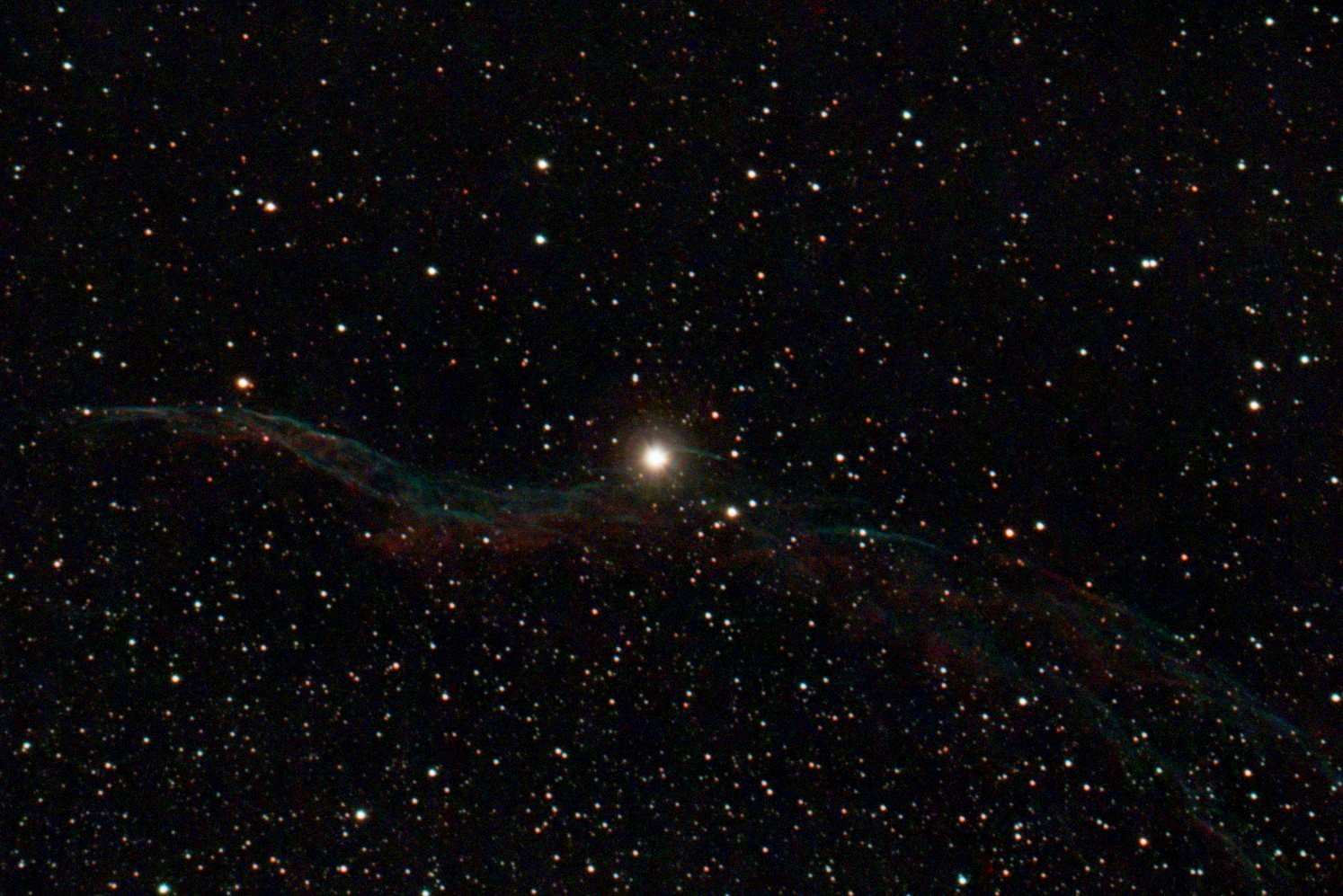 One of the sweet additions to the STELLINA app I should highlight is the ability to playback the stacking process. Int he bottom right, there’s a Play button you can tap on. Once tapped, the app will stack the images from beginning to end, showing the process of the image capture. It’s pretty awesome and I have a couple of GIFs below that highlight it. I recorded them while capturing the Pacman Nebula and the Hercules Cluster.

Once you are done with your current observation, you can just hit the Stop button and it’ll stop. From here, you can save the photo to your gallery, share it, and also edit it via the app’s own editor. The app has a separate section for all of your captured images, and a portion of the information is stored in the cloud, just in case you switch devices often like I do.

For the most part, I’m pretty happy with a few of my STELLINA shots, but I can’t help but compare them to the shots I took with eVscope. In side-by-side comparisons, I’d more times than not be more attracted to the eVscope shots, simply because it appears that the software is better equipped at de-noising shots. You can see in the example below, Bode’s Galaxy looks quite a bit better through the eVscope, even with 13 minutes less of exposure time. 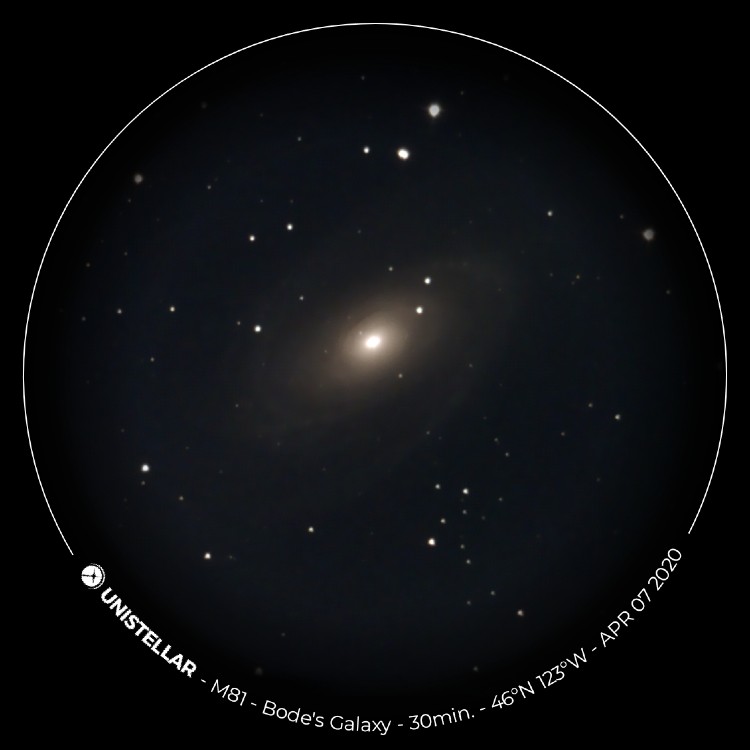 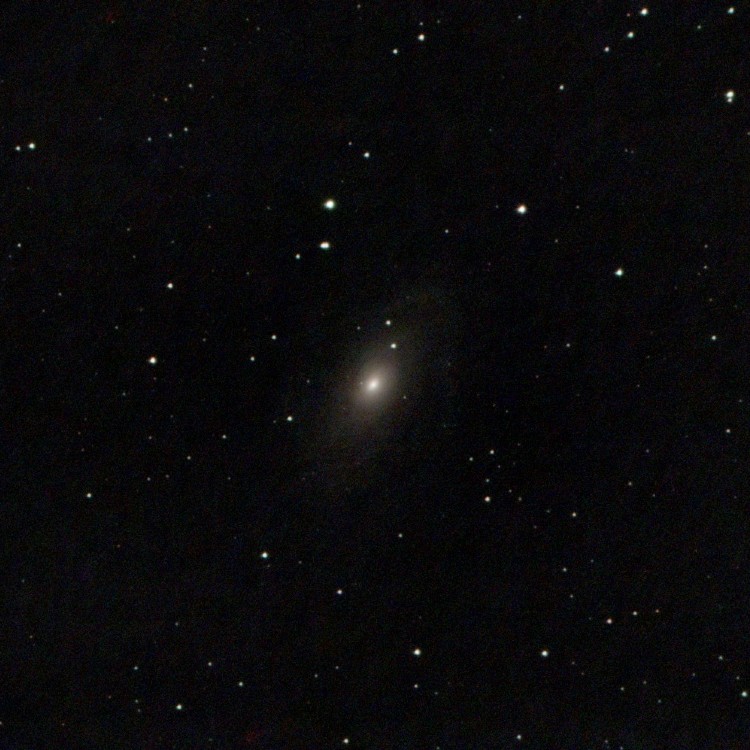 What it comes down to for me is the image quality, and from my limited experience, I have to say I was somewhat disappointed at times, only because STELLINA wasn’t automatically filtering noise as much as I would have liked. Is it still awesome for your stargazing parties and looking at things you can’t normally see with a standard telescope? Absolutely, there’s no denying that fact, but STELLINA still suffers from the same feeling I got from eVscope, which is the lack of actually looking at a physical thing.

For example, when viewing the moon with a real telescope, your brain is telling you that you’re physically viewing something real. With these digital smart telescopes, we’re just looking at images comprised of pixels, the same you can find on Google, but not nearly as good. I’m sure this technology will get plenty awesome down the road, but for $4,000, you want more. You want more realism and detail in the shots.