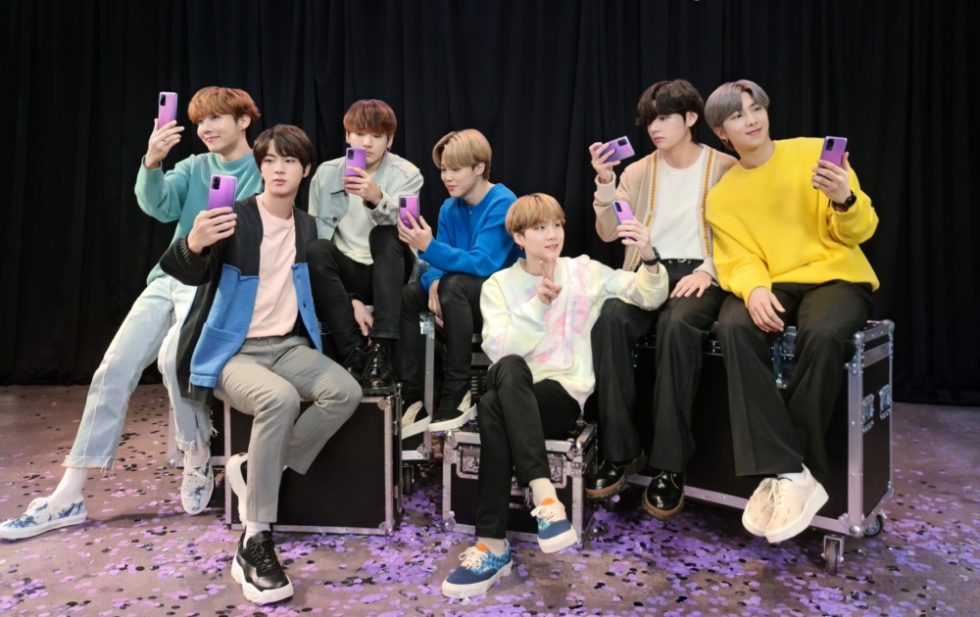 I’m not even going to act as if I know what BTS is, besides the fact that they appear to be one of the biggest musical acts on planet Earth. I’ve never heard their music, so apologies for that. Regardless, Samsung has announced special BTS edition Galaxy S20+ and Galaxy Buds+ devices, available later this month.

Available June 19 on Samsung.com, the Galaxy S20+ BTS Edition is the same S20+ you know and love, but comes in a pretty sweet purple colorway. The same goes for the purple Galaxy Buds+.

Here’s the description from Samsung of what’s included with the new purple hardware.

The new design of the Galaxy S20+ BTS Edition features a purple glass and metal exterior. The Galaxy Buds+ BTS Edition and Buds+ charging case, also available in purple, carry the band’s logo and purple heart iconography, allowing fans all over the world to show their devotion through their smartphone and wearables.

Available in both 5G and LTE variants, the Galaxy S20+ BTS Edition comes with pre-installed BTS-inspired themes and a fan community platform, Weverse. Right in the box, the device comes with decorative stickers to allow fans to further personalize their devices, and photo cards featuring pictures of the band members for fans to keep.

I thought I’d be able to go my whole life not talking about BTS. Oh well.