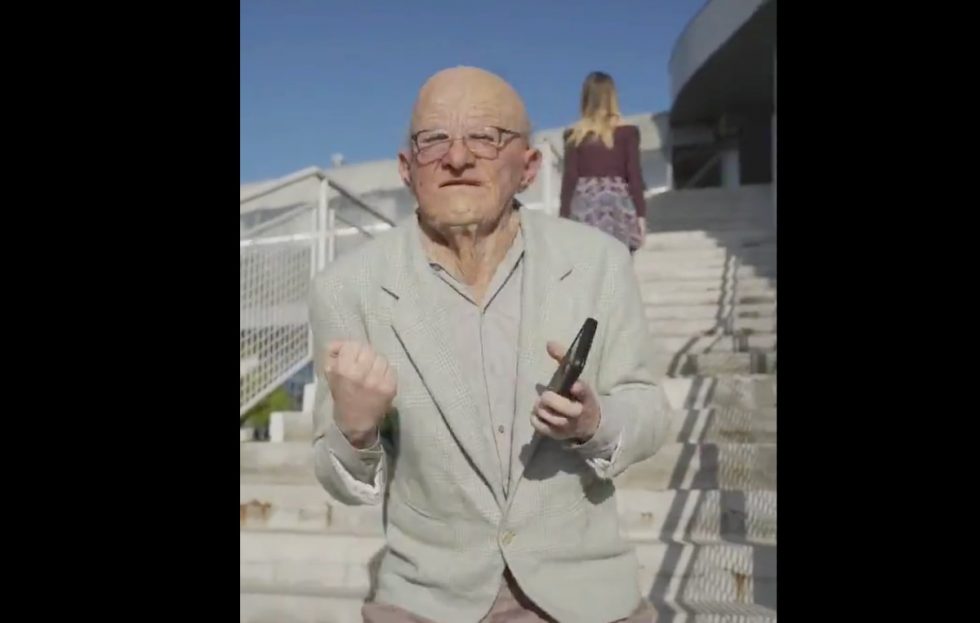 There are a few brands out there that do social media right, such as Wendy’s and maybe a few others. For the most part, though, social media is a place where brands can prove they are just as dumb as regular people, which makes sense since these accounts are typically ran by people like you and me.

The thing is, most brands have a social person who comes up with ideas, then those ideas go through a team of marketers and executives to ensure they feature the messaging the brand wishes to get out to the masses. But what happens when an idea is rushed and maybe doesn’t go through the vetting process? LG Poland is what happens, in the latest case of why brands shouldn’t be on social media.

Posted to TikTok right before the US took a 3-day holiday, LG Poland decided it’d be swell to showcase its Dual Screen accessory with the help of a person in old-man makeup, creeping hard and attempting to snap some potential up-the-skirt shots of a young woman.

In the TikTok, which has since been pulled, the person in old-man makeup is snapping photos of a young girl going up some steps, but the girl realizes this is happening and confronts the man, taking the phone from him and going through his gallery. What she sees is nothing but selfies, thanks to the phone’s ability to snap two pictures at once — one with the rear camera and one with the front camera. Because of this, she apologizes to the creep for the mistake, but as she walks away, the man scrolls deeper in the gallery and we can see that in fact he did snap a few shots of her behind walking up the stairs.

Thanks to the internet, here’s the clip as it appeared on TikTok before being pulled.

To the person who came up with this idea, what the f*ck is wrong with you?

A recent video posted by LG Poland failed to follow the proper approval process for social media content. It did not live up to the standards and policy of LG Electronics and was immediately removed. We apologize for any offense this ill-conceived video may have caused. We will strive to prevent such an occurrence from happening again in the future.

The post has been pulled and LG apologized. I don’t think there’s much else they can do, but come on, please do better or GTFO, brands.