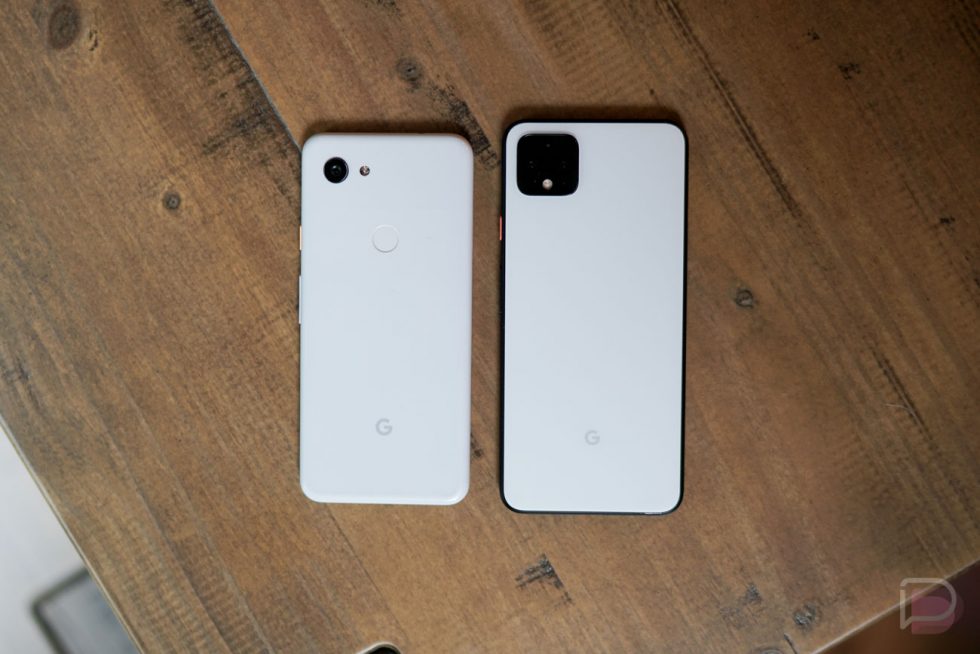 The next several months are going to be some of the most interesting for Google and its Pixel line, probably since the debut of the original. After two rough releases in a row – the Pixel 3 and Pixel 4 both flopped – Google saw a shake-up in its Pixel team and now might be preparing for a new approach that involves more competitive pricing.

A rumor last week suggested that the Pixel 4a might win the spring launch season with a $349 price tag coupled with 128GB storage when it shows up soon. If you take a recent Google Survey that popped up for a redditor as a sign of things to come, Google might actually hit that price for the 4a while also delivering a cheaper regular Pixel 5 further down the road.

The survey, which you can see below, asks the participant if they had two options of Google Pixel smartphones, which would they prefer to buy? The first option is for a $349 “Google Pixel Phone” that is “radically helpful,” has a plastic body, and 3.5mm headphone jack. The second option is for a “Premium Google Pixel Phone” with “first access to the latest Google features and innovation,” a best in class camera, water resistance, and more for $699. 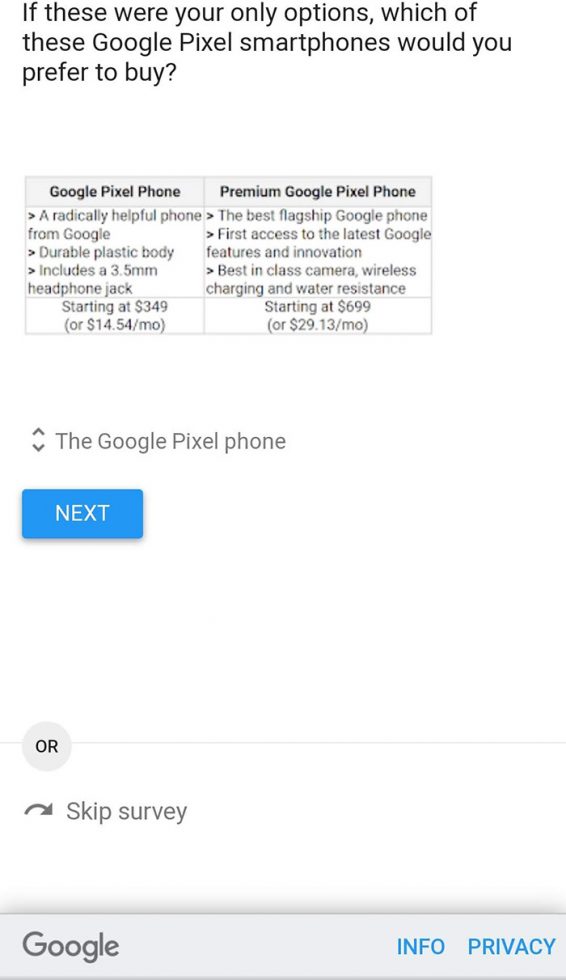 Neither phone has a name in the survey, but again, recent rumors have suggested a $349 price for the Pixel 4a and a Pixel 5 that might not be a top-tier flagship. In case you missed it, the Pixel 5 might feature a Snapdragon 765G, a 5G chipset from Qualcomm that falls just below its highest-end Snapdragon 865. This change in approach could be seen as a move towards a more affordable Google “flagship,” that includes the specs most people want without the $1,000 price tags we keep seeing from Samsung, Apple, and now OnePlus.

We brought up the $700 price point for Google a couple of months ago as a way for the company to get weird and change from this losing course they have been on for the past couple of years. I tend to think that Google leaving the super high-end smartphone world would be a good thing and should instead find a space in-between, sort of where OnePlus used to play, but has since vacated. There aren’t many excellent phones in the $700 range outside of the previous year’s models. This could be an excellent opportunity for Google to slide in and make a new name for itself with phones.

But again, this was a single survey and we don’t even know if Google ran it. It could have been Verizon testing waters on which phones to carry, for all we know. Those prices have to get you excited, though, right?