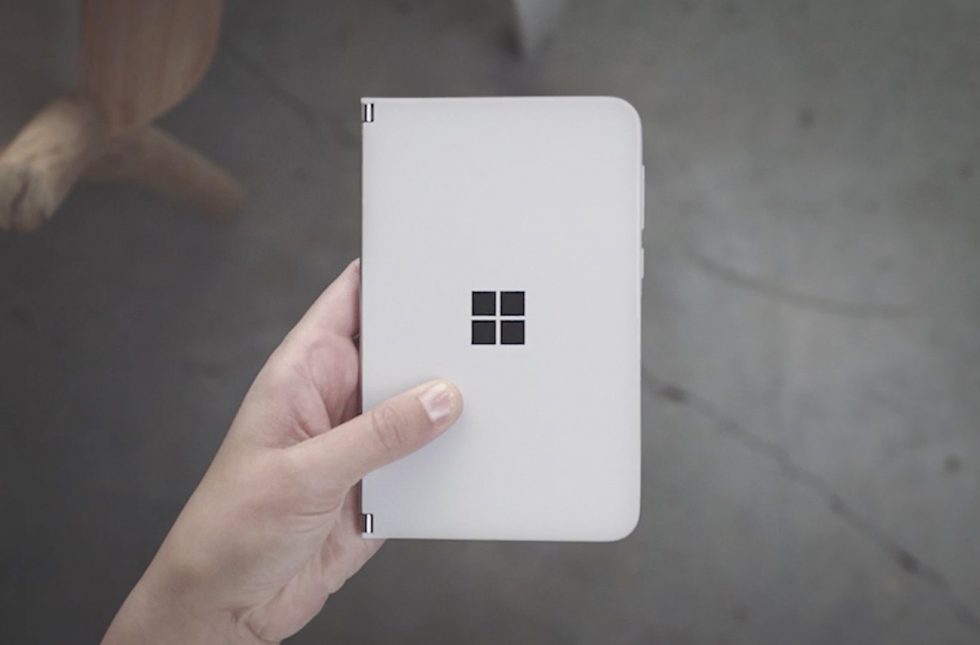 Microsoft’s one more thing moment from last October’s Surface event, where they first showed off the Surface Duo, was a big deal in a number of ways. It meant a return to competing in the phone world for Microsoft, but it also was Microsoft adopting Android for a super portable computing device.

They gave us few details at that time, only saying that the device might not launch until the holidays of 2020. They shared some display info and told us about Google Play being there with apps that were able to use both displays. But for general specs, like processor and RAM and camera and battery, that has all mostly been a mystery.

The folks at Windows Central just released what they believe to be the specs for the Surface Duo and well, I’m now not as excited as I once was.

According to their sources, who likely have the device in hand as a part of a take-home testing program from Microsoft, we could see the Surface Duo launch sooner than the holidays with a Snapdragon 855 processor, 6GB RAM, 11MP camera (f/2.0), 64GB or 256GB storage options, fingerprint reader, and wait for it…a 3460mAh battery. It’ll have a USB-C port and the dual 5.6″ AMOLED displays we already knew about, Android 10, Surface Pen support, and no expandable storage or NFC.

What’s wrong there? I don’t necessarily think the older Snapdragon 855 is an issue as much as the lack of RAM, single likely-to-be-awful camera, and small battery are. For a computing device that is meant to multi-task, is 6GB RAM enough? For a personal device you are likely to carry with you everywhere that can take calls and might replace your phone, is a single 11MP camera going to cut it? How on Earth is a 3460mAh battery going to power two big, high-resolution 5.6″ displays for more than 4 hours? The Motorola Edge+ I’m testing at the moment has a single display and a 5000mAh battery.

In tech, the general idea around 1st-gen products is to skip them, because companies tend to learn from initial mistakes and correct the 2nd time around. If this set of Surface Duo specs is to be believed, that old adage might apply again, especially if this drops with Surface-level pricing.