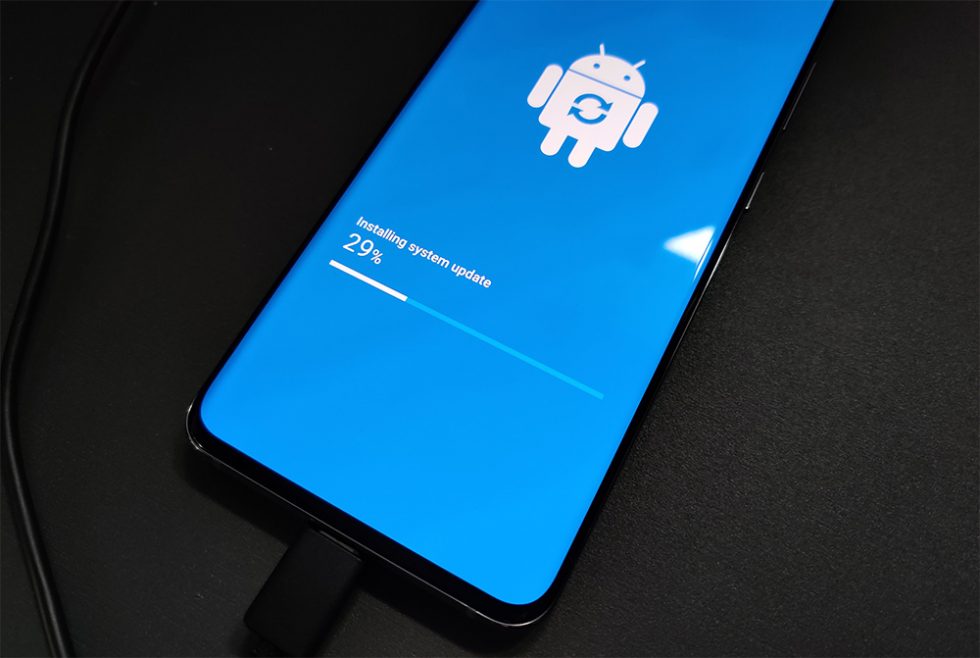 Back in the days of Android 7.0 “Nougat,” Google introduced a new way for phone makers to update their phones that would provide a more seamless experience from the way updates worked in the past. The idea was to offer A/B partitions for updates that would patch in update files in one partition while your phone was still on and active, leaving the other partition alone as a safe backup. A simple reboot once the update had finished installing in the background would have you back up and running in minutes, rather than without a functioning device for an extended period of time.

The thing is, not everyone has adopted this feature that Google introduced in 2016. Google’s Pixel phones were quick to include it, but companies like Samsung, who sell you phones that cost $1,400, have not.

The problem there is that when you update your Samsung phone, your phone turns off, reboots into an update screen (see above), and then proceeds to update through a process that could take a long time. During that time, your phone is unusable and you could miss important calls or texts, that sort of thing. Should the update run into an issue during install, that could also pose problems without the safe partition. I’m sure you can understand the issue there.

In Android 11, that may change. The folks at XDA noticed a commit update that could require companies to include A/B or “seamless updates” with new phones launching with Android 11. So none of the phones currently available will be forced into providing the A/B experience, but should a phone ship with Android 11, it will.

The change would be in the form of a vendor test to see that phones are providing seamless updates with Android 11. If they aren’t, they wouldn’t be able to provide Google services.

This commit has yet to be merged, so it’s not quite official. It would be a big change that might finally force Samsung’s hand if Google goes through with it. I sure hope they do.