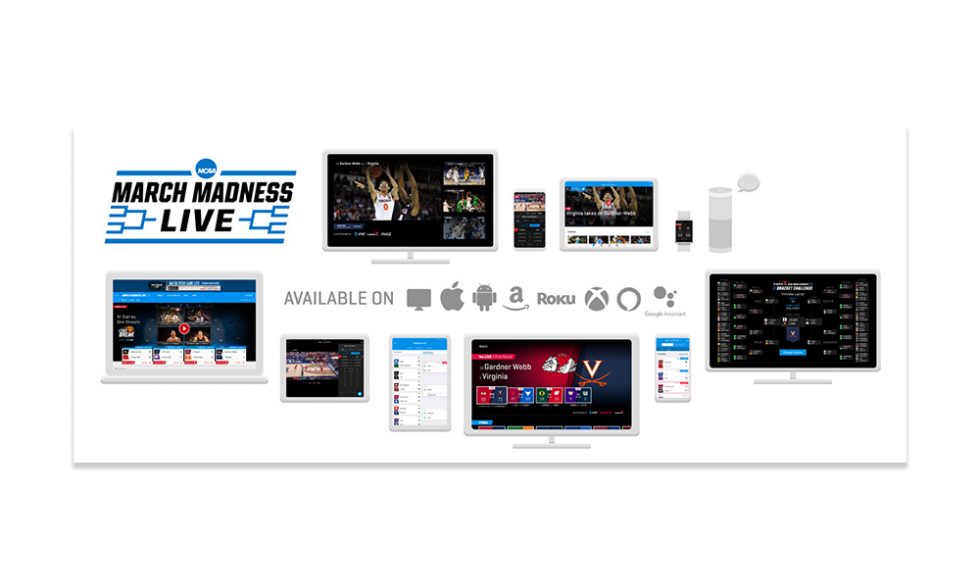 Turner Sports and their NCAA March Madness Live app have big plans for the streaming experience of the upcoming March Madness 2020 tournament that will kick off here in a couple of weeks. The biggest news is for Android TV and Fire TV users, who will now be able to stream multiple games at once for the first time. There’s also a Google Assistant integration at play here, at least that’s what we’re being told.

The big news, as I mentioned, is on Android TV where users will get access to two games at once during “certain windows” of the NCAA Tournament. I believe that Apple TV users will have additional streams above two, but hey, we’re getting there on Android:

Live Video Enhancements
The Multigame option will expand fans’ ability to watch simultaneous live coverage of two games during certain windows of the NCAA Tournament to new platforms, including Amazon Fire TV and Android TV platforms for the first time this year – in addition to existing Multigame functionality on Apple TV. Additionally, new The Catch-Up video powered by AT&T TV will provide users with a succinct summary of any key plays or moments that may have transpired prior to when they started watching live streaming coverage.

Next up, the Fast Break feature, which is back for the 3rd year in a row. It proves a “whip-around” look at highlights and analysis, social reactions, and commentary for all games. You’ll find this for the first two rounds from March 19-22:

Fast Break presented by AT&T TV and Nissan
For the third consecutive year, Fast Break presented by AT&T TV and Nissan will exclusively provide an all-encompassing look at live tournament action from a single viewing location. This live, whip-around coverage will also offer quick turnaround highlights, real-time analysis, social reaction and commentary for all games. Fast Break will be available when there are multiple games being played during the first two rounds of the tournament, Thursday through Sunday, March 19-22. AT&T TV will present Fast Break coverage on Thursday and Saturday, with Nissan serving as sponsor for Friday and Sunday.

Finally, for another feature, if you fill out a bracket with CBS or in the NCAA March Madness Live app, you’ll get notifications and reminders of outcomes to help you keep track of your really, poorly executed picks:

Bracket Integrations
Capital One NCAA March Madness Bracket Challenge will bring fans deeper into the bracket game experience through intuitive integrations with live game coverage from the moment they fill out their brackets through the cutting down of the nets. Whether browsing live game action on the Watch Page, viewing a given live game within the Gamecenter, and/or receiving push notifications, NCAA March Madness Live will remind users of the outcomes they predicted so that they know which results to root for in anticipation of winning their Bracket Challenge.

Who is ready? This is my favorite time of the year. I cannot wait.