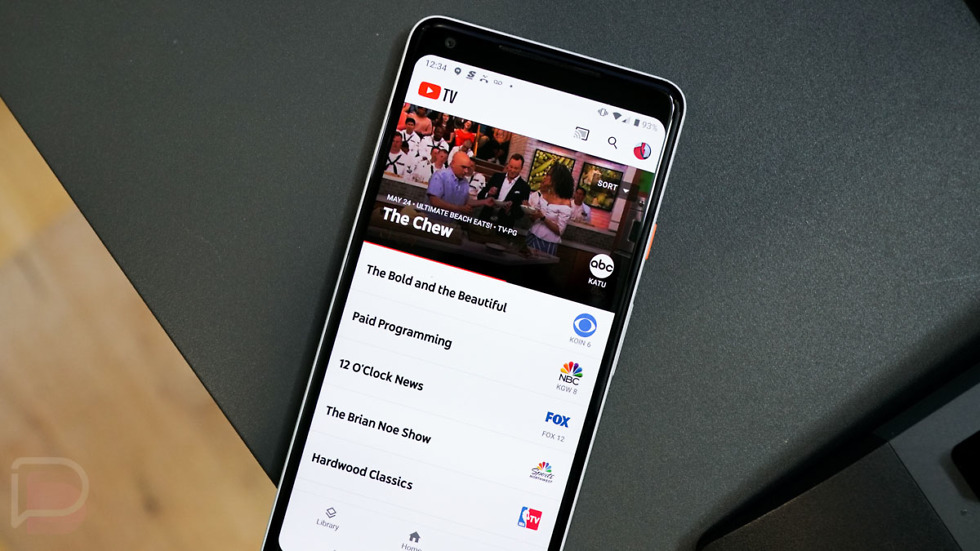 YouTube TV is still a mostly-excellent TV option for those who want to give mega TV distributors as little money as possible. It’s pricing has increased over the years, but it’s still a reasonably priced service for the channel line-up, included DVR, and slick app experience. It even lets you sign-up for a variety of premium services, like Starz, Showtime, NBA League Pass, and Fox Soccer Plus.

You’ll notice I didn’t mention HBO in that list. That’s because YouTube TV hasn’t offered a simple subscription to HBO and has instead forced users to sign-up for HBO NOW if they want to watch HBO content.

Starting “this spring,” YouTube TV will change that up by offering HBO sign-ups from within. Once available, I’m going to assume HBO will still cost $14.99/mo and will be listed within the “Membership” tab in the YouTube TV app. Being able to switch to HBO channels from YouTube TV will be clutch, though, instead of the way it works now, where you’d have to open HBO NOW to access the premium service.

We're feeling pret-tay, pret-tay good about this news we have to share with you…@HBO is coming to YouTube TV this spring. Welcome to the family!

In addition to the HBO news, Variety is reporting that WarnerMedia has signed a broader deal that will give YouTube TV access to HBO Max, the up-and-coming streaming service expected to launch this spring. This new deal should also lock-in TBS, TNT, truTV, CNN, HLN, Turner Classic Movies, Adult Swim, and Cartoon Network, as well.