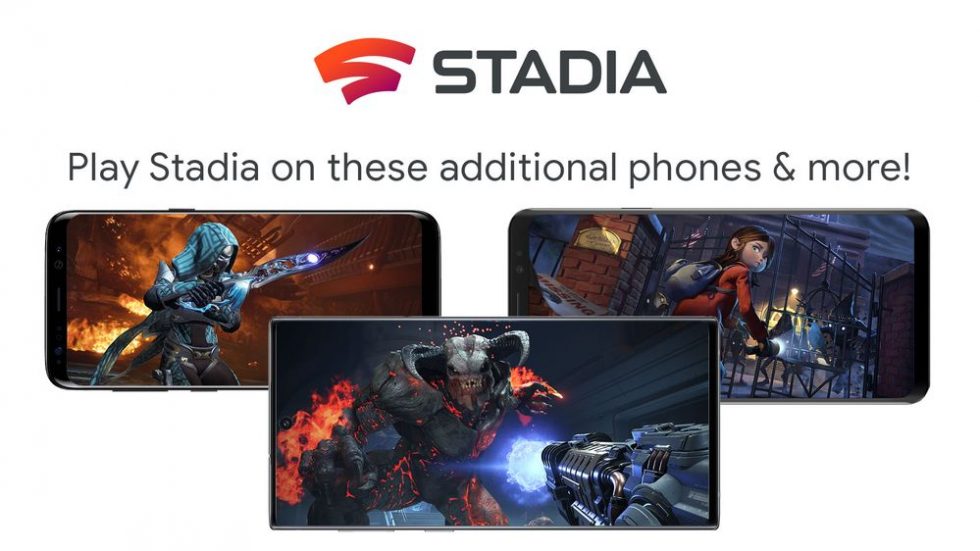 The dark days of Stadia being limited to Pixel devices from Google is coming to an end. Later this week, on February 20 to be exact, millions of new people will have access to Stadia’s servers for the first time via their smartphone. This is all possible because Stadia is opening support to Samsung Galaxy phones, which should help the service bring on a few new customers.

Here are the phones getting support for Stadia later this week.

As you can see, listed are all of the big Samsung releases, including the new Galaxy S20 lineup. On top of that, the “gaming phones,” which includes phones from Razer and ASUS, are included in this list.

Now, just because your phone is supported, you’ll still need a few more things to start playing. The big thing is a Stadia account, which are still priced at $129 via Google’s Premier Edition, but includes a Stadia Controller and Chromecast Ultra. If you have a Buddy Pass from a current Stadia subscriber, all you’ll need is supported controller, including the Stadia Controller that is priced at $69 on the Google Store. If you’re a console gamer and don’t want to spend more money, Stadia’s FAQ states that any HID compliant controller will work when playing via USB cable on Chrome or mobile devices.

No, you can use many popular HID compliant controllers when playing via USB cable on Chrome or mobile. To play on your TV you will need to use the Stadia Controller and Google Chromecast Ultra.