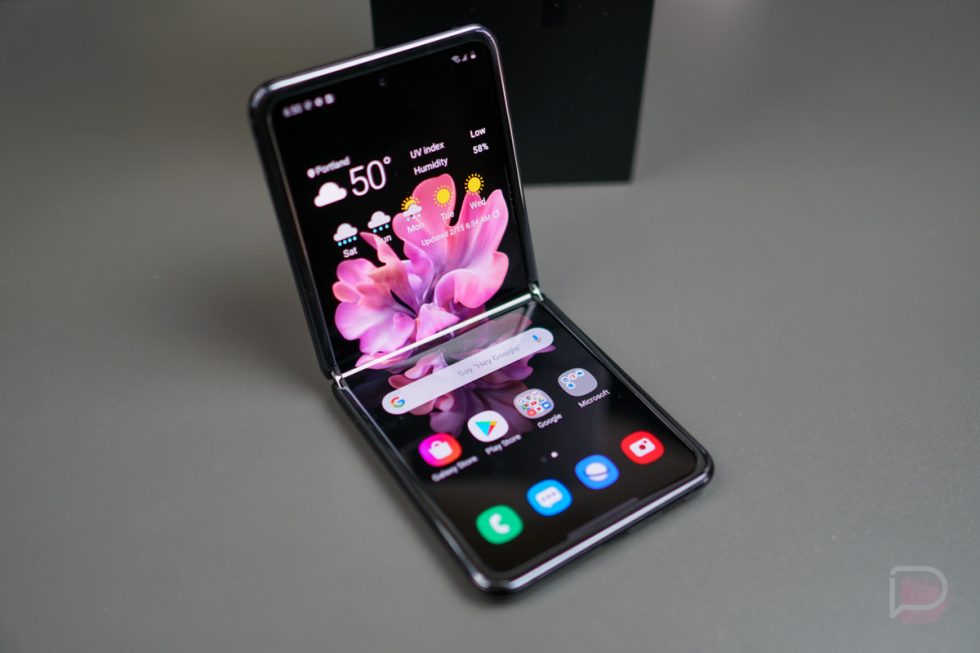 For Samsung, there is no hiding from the fact that its foldable devices, including both the Galaxy Fold and Galaxy Z Flip, are fragile. If you drop them hard on the ground, you’re likely screwed. If you drop them in water, you’ll be screwed again because they offer no water resistance. With that said, you can probably assume that if you take a sharp object to the new Z Flip’s display, you’ll be screwed.

The question that JerryRigEverything likes to ask on YouTube is, how sharp of an object can it handle?

In his latest video that goes over a durability test for Samsung’s new foldable, the Z Flip can’t handle all too much on its unfolded 6.7″ display. Where a lot of phones show significant signs of wear in a scratch test is level 6-7, but the Z Flip started to show severe wear at level 2. Many are apparently upset at this because Samsung said they are using real glass, albeit Ultra Thin Glass (UTG), on the Z Flip.

The Verge reached out to Samsung for comment on the device’s display, with the company mentioning that while it can bend, it should always be handled with care. In addition, Samsung placed a protective layer on top of the device’s UTG.

Galaxy Z Flip features an Infinity Flex Display with Samsung’s Ultra Thin Glass (UTG) to deliver a sleek, premium look and offer an immersive viewing experience. Samsung’s first-of-its-kind UTG technology is different from other Galaxy flagship devices. While the display does bend, it should be handled with care. Also, Galaxy Z Flip has a protective layer on top of the UTG similar to Galaxy Fold.

Having used the Z Flip over the weekend, I can confirm that whatever Samsung has going on here for glass, it feels soft and as a user of the phone, I’d recommend you never intentionally take a sharp object to it. Leave that to the YouTubers. As for any potential controversy because this phone’s display scratches easily, let’s not be ridiculous. These phones are not marketed as rugged devices that can withstand any type of punishment. When you boot the device for the first time, you’re reminded to not press strongly on the display, the same as you were with the Galaxy Fold. And yes, pressing hard on the display includes taking keys or other various metals to it.

Point is, take it easy on your Z Flip, folks.