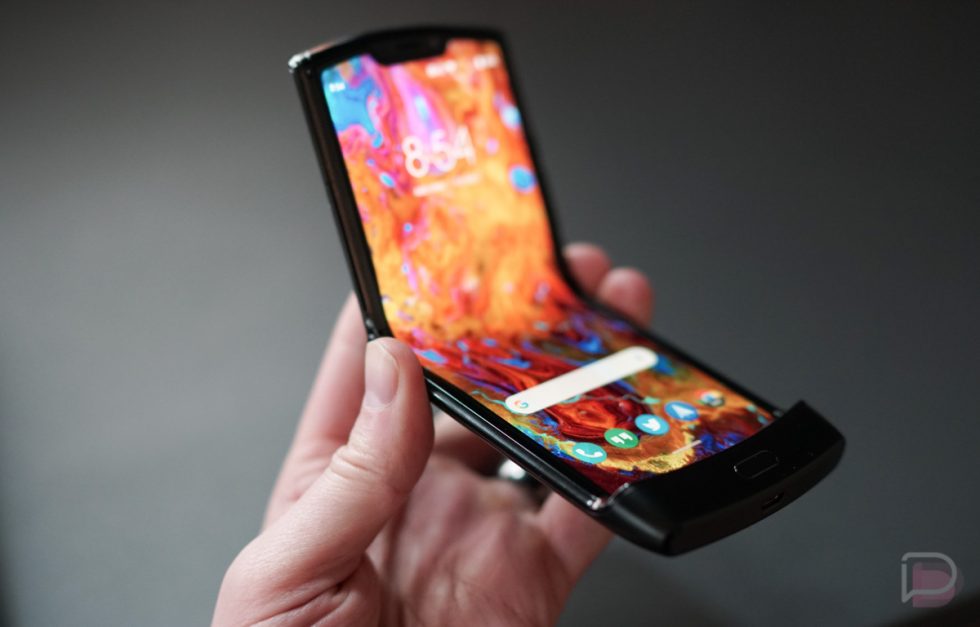 iFixit has published its official teardown for the Motorola Razr, giving it what might possibly be the lowest repairability score I’ve seen. It’s not in the negatives, as I’m not sure that’s even possible, but on a 1 through 10 scale, it doesn’t get any lower than what the Razr scored.

Coming in a whopping 1 out of 10 on the scale, iFixit lists a whole bunch of problems that those who like to repair their own devices may run into. Keep in mind, the poor folks who work at service centers will also run into these issues, though, Motorola could have a few special tricks for them. Regardless, this will be a tough cookie of a phone to crack for anyone doing repairs on it. 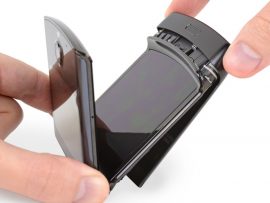 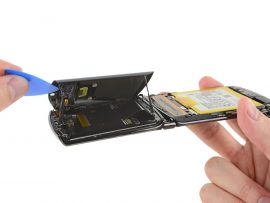 In iFixit’s summary, the main issues are glued-on outer covers, battery replacement requires near-total disassembly, the charging port is soldered directly to the main board, and “complex construction and multiple flex cable booby traps” makes for a difficult repair.

Personally, I don’t envy anyone who has to repair this phone. On the upside, we get to enjoy some beautiful shots of its guts. I love gut shots. 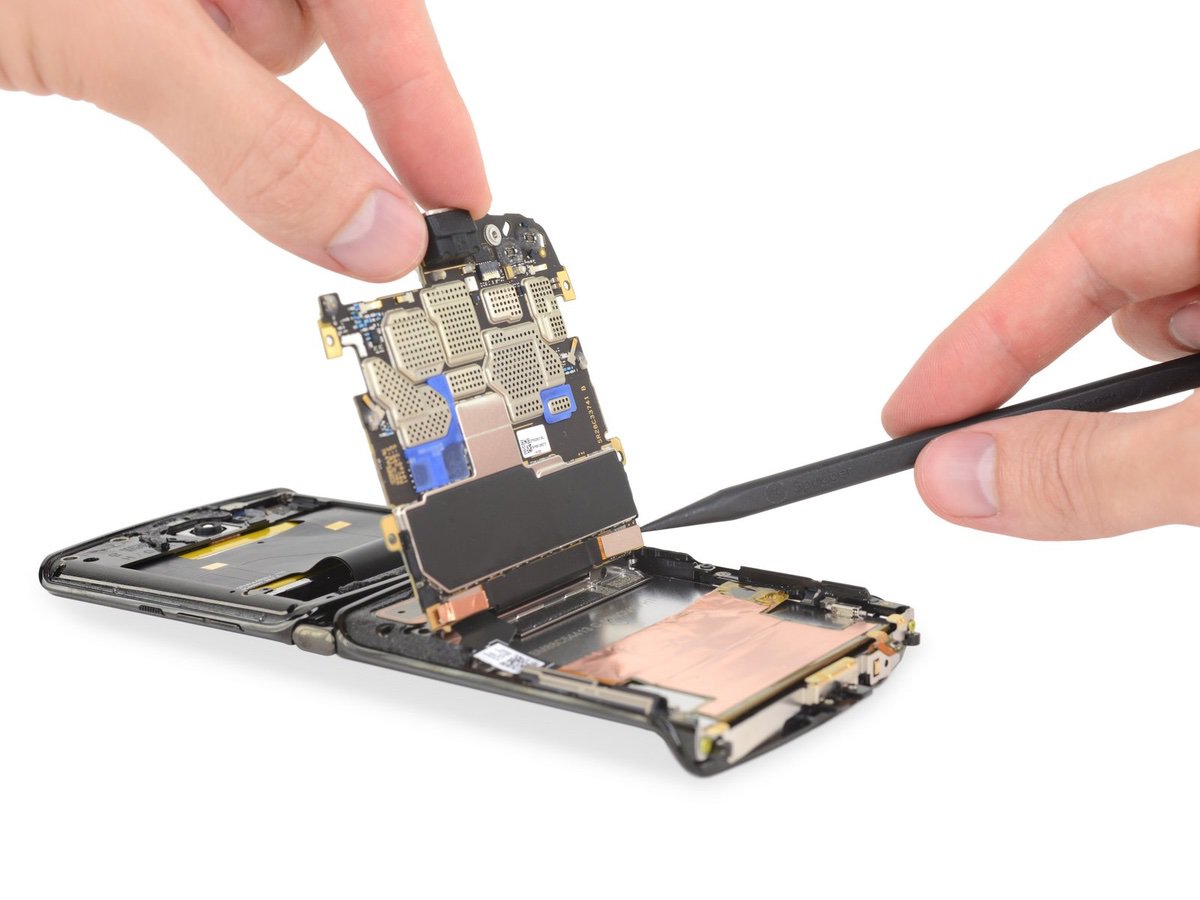 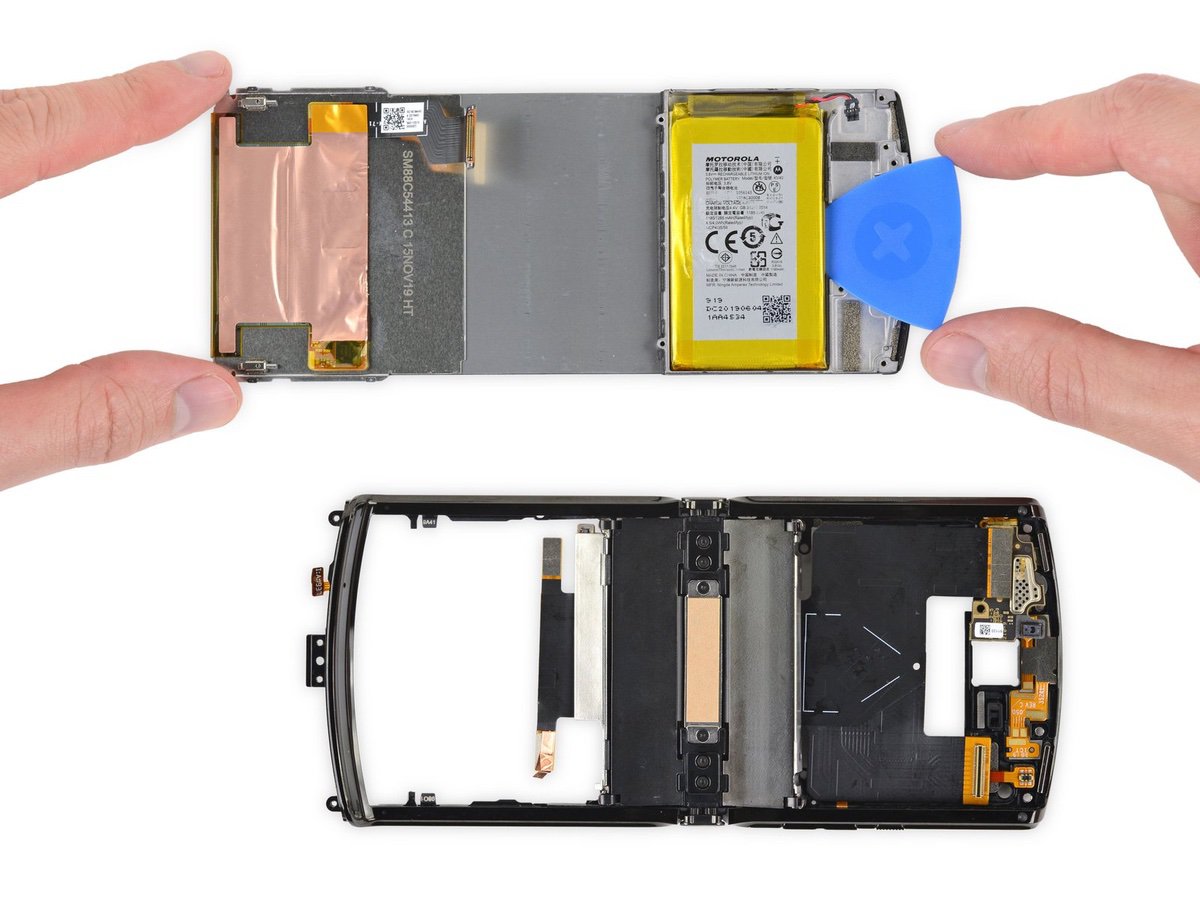 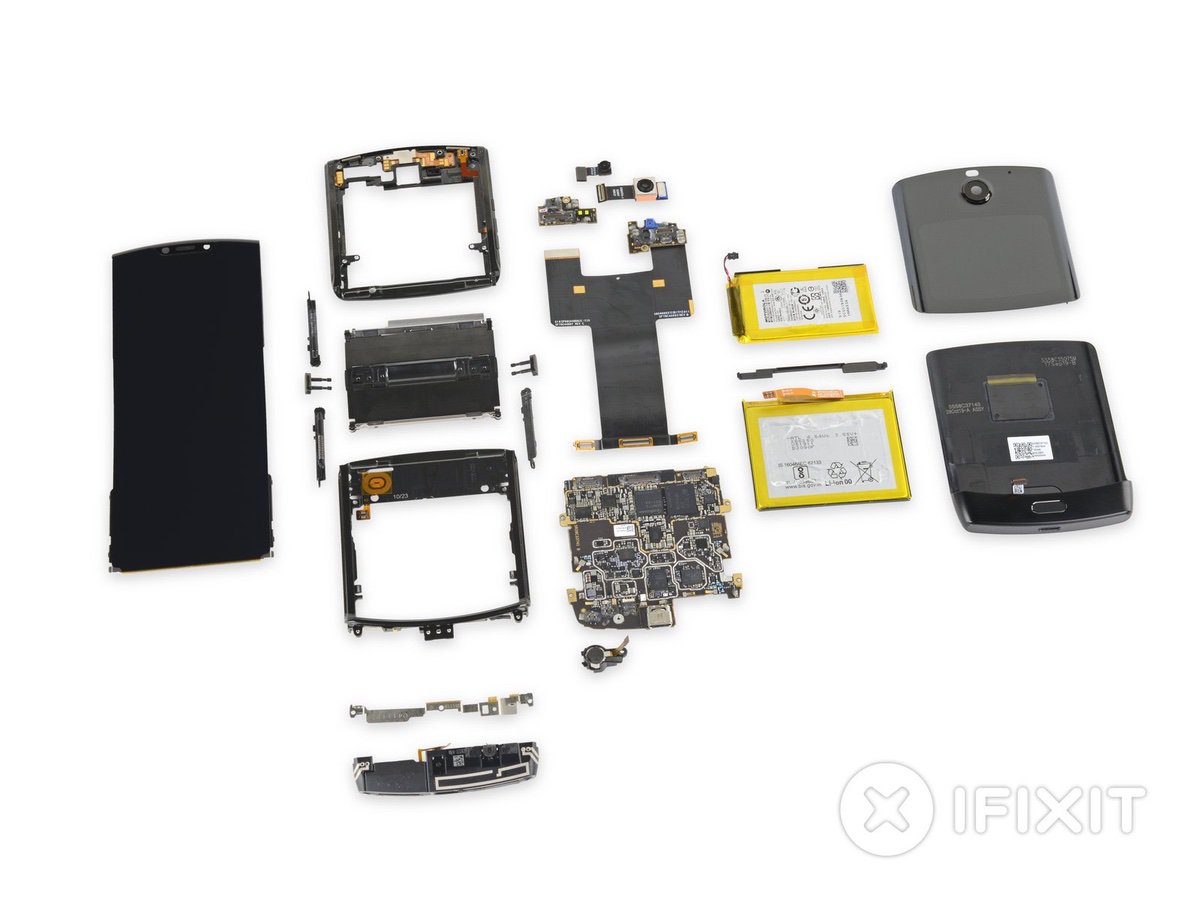 Props go to iFixit for the handy dandy video teardown, too! Gorgeous.