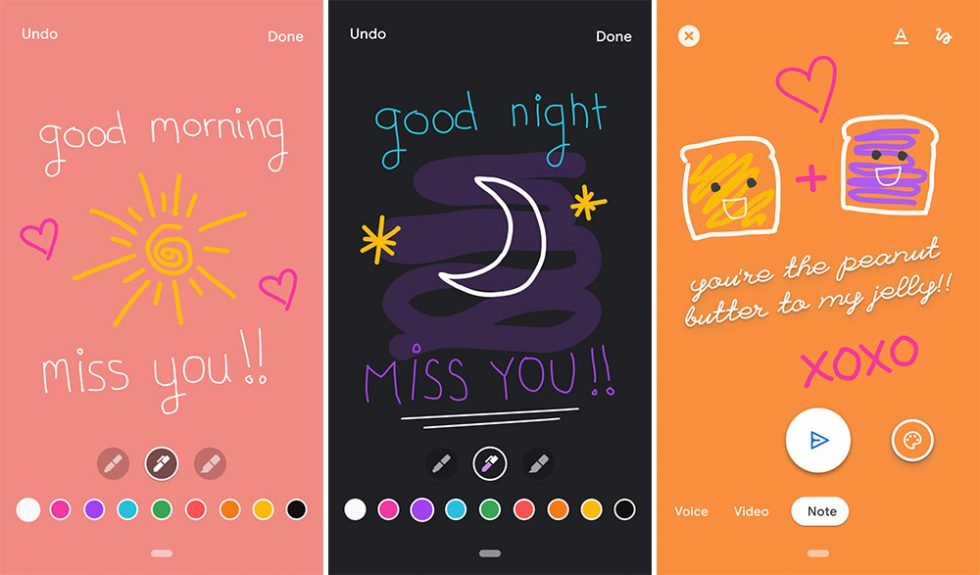 Google Duo, an app I’ve never used but is apparently all the rage with Google folk, is getting a fun new feature today that lets users send notes to contacts. I don’t know that it has an official name, but you’ll now be able to doodle on screen to send over a note to someone rather than leave a video message.

Some examples can be seen above. I’m not sure there is much else to say after you look at those, but it looks like you’ll have options for pen types, various colors, and that’s about it.

So the next time you fire up Duo and the person you want to talk to isn’t available, send them a note!

The new feature should hit all phones by the end of the week.