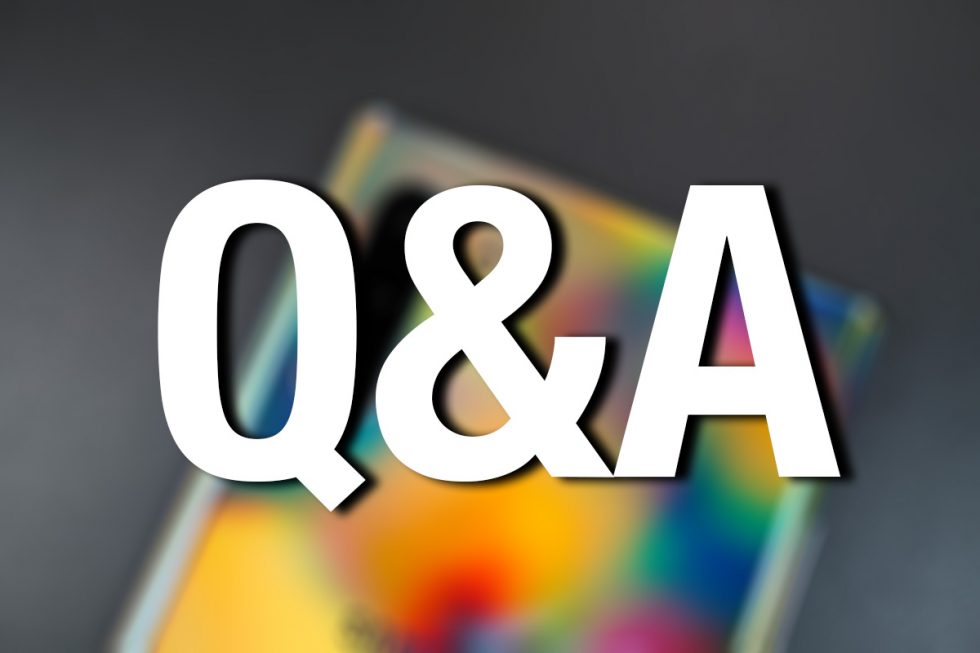 Sorry for the wait on this, but we had CES to attend! We’re back home now, so we’ve gathered your questions for Volume 56 of the DL Q&A Sessions and we have your answers!

This time around, we discussed the Super Bowl very briefly (go Niners!), went through our typical day here at Droid Life, went deep into whether Google Pixel phones still matter (yes, of course they do!), and we also discussed if Google should straight up drop their premium phones and opt to only sell “a” phones.

Thank you for the great questions! Let’s get to it!

What’s a normal day like for a Droid Life guy?

T:  Wake up, drink coffee, walk my doggies, then start going through my inbox and seeing what’s already been posted in the Android world. Since we’re on the West coast, a lot of news has already happened, so I like to catch up. Then, we start blogging hard until the day is over.

Does the Pixel series even matter anymore? With other OEM’s getting better at software updates, is there a real need for the Pixel line in 2020 and beyond?

T:  While updates are a big part of the draw to Pixel phones, that’s not the only thing and it’s not as if Google has just stopped updating phones. They were late for one month and people decided to seemingly freak out over nothing. Were their phones unusable because it didn’t have the December patch? Highly doubtful. Google still has a dominant camera and still photography experience, which is very desirable to consumers. Google will keep doing its thing and the people who resonate with Google’s experience will likely stick with that.

A couple of years ago the Pixel 2 XL was your “iPhone”. Has any phone since come close?

K:  Haven’t had that same feeling about a phone since. Maybe that’s because phones are just so similar to it that they haven’t brought any special feelings or maybe that phone really was just that good. I liked the Pixel 3, Pixel 4 XL, and Galaxy S10e, but none of them stand out like the Pixel 2 XL. That combo of curves, amazing rear colorway (the black-white specifically), great software, and that camera, man was that a good phone.

T:  Some phones come close, but no, nothing has reached Pixel 2 XL levels of love. Call me crazy, but the Pixel 4a device(s) could maybe be pretty special this year. Or maybe the Galaxy S20 line? We shall see!

Which OEM/Phone are you currently most excited for in 2020?

K:  I really just want to see what Motorola can do after taking a couple of years off from trying the high-end. I’m not sure I’d say I’m excited about them, but they have my attention. Other than that, here’s to hoping Google can make some better decisions.

T:  I really hope the Pixel 4a phone(s) are sweet. I didn’t use the Pixel 3a lineup at all, so in 2020, I will attempt to do that. Also, don’t be surprised if I try to snag an iPhone 11s or something and really give iOS a go. You know, even if people think it’s just for clicks, I really so want to see want all that iPhone hubbub is about.

Who do you think is going to the Super Bowl?

T:  Ravens seem like a sure thing. Lamar Jackson is a freak on the field. Would love to see my Niners in there too for a sweet rematch of 2013!

Will Google drop the premium Pixel line in favor of its “A” series, which seems to have a better value prop and sell in larger quantities?

K:  Well, no, they want to be in the high-end. I think we should want that too because more players are better than fewer. I like choices. I like seeing companies competing. Even though Google can’t seem to quite nail it, I want to see them continue to try. That said, I’m super excited to see what the Pixel 4a pricing will be. That’s probably the phone topping my want list at this early stage of 2020.

T:  I could see this happening. We don’t have sales figures for the high-end Pixels, but since we know Google can deliver that same camera experience on the less expensive models, and they seem to sell well, it wouldn’t completely shock me if they stopped making high-end phones and focused primarily on mid-range. I mean hey, if it’s profitable, why wouldn’t they? Does Google really think they can charge $800+ for a phone that doesn’t come close to a Samsung Galaxy flagship on paper? Tough decisions ahead for Google.

Are Portland fans happy with their team’s current trajectory or are you craving a change?

K:  The Blazers suck. Sure, they’ve had some injury issues this year. Already looking for to next year, though, which sucks to admit.

T:  Portland has an NBA team? After we lost to the Knicks, Pelicans, and about every other team that we should have beat this year, I’m onto next season. That’s the angry fan in me. The optimistic guy thinks that once our injuries are done (Nurk, Collins, etc.), we could be quite competitive in the West!

What big feature will Android include in a future OS update to make a big difference?

K:  This is probably lazy of me to say, but Android is so mature at this point that I kind of just want Google to show me what they are thinking. I have no idea what else I need. Easier sharing of files locally might be cool. I still wish gestures were different, as far as the back-swipe goes. Default app selection is super obnoxious, though they might be working on that. But for something big, I just have no idea, sorry.

T:  Mobile shopping is growing at an insane rate and Google is in a good position to take advantage of that with Android. Don’t ask me how, but probably down the road, buying something on your phone that you see right in front of you in person will probably become a lot easier with things like Google Lens and Assistant. “Oh, those shoes are cool” leads to you pointing your phone, identifying them, then buying them all within 10 seconds. You can kinda do that now, but I’m envisioning something even faster. I also assume Google will just keep building out Assistant and in the far future, we won’t have phones and we’ll just have Assistant in our ears or brains via some sort of biological installation process. Good luck, humans!