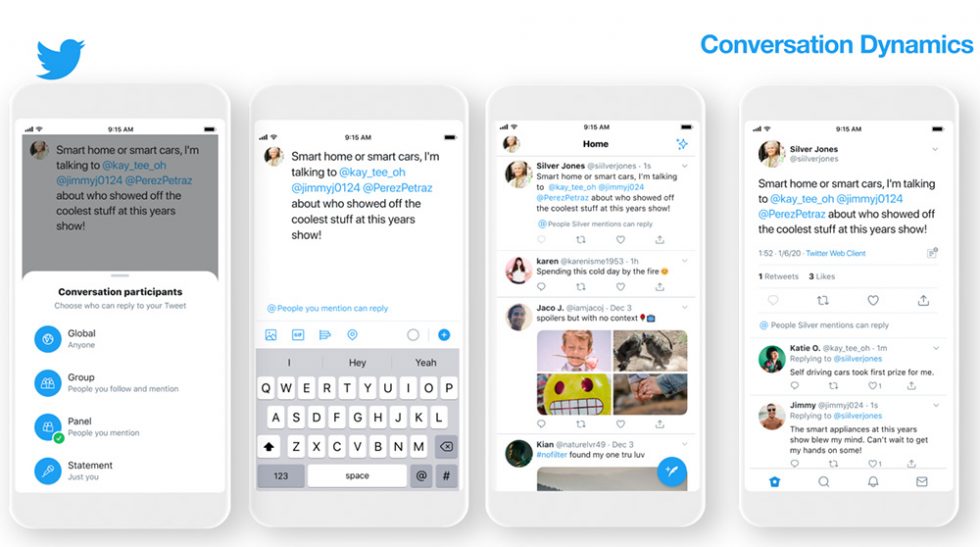 Twitter sees an opportunity to give you more control over your conversations and plans to test out a new setting that lets you decide who can reply to your Tweets. Since Twitter can be both a toxic hellscape and wonderful social platform, the additional controls will probably be welcomed by many.

During a chat at CES today, the social network revealed the image you are seeing above, with four different options over replies. You will be able to set Global, Group, Panel, or Statement while composing a Tweet. Depending on which you choose will indicate who can participate in your conversation:

Is this a good idea for Twitter to limit conversation and potentially let people live within safer spaces? For the most part, yes, I do think this is a good idea. Twitter is full of really terrible people, bots, and other nonsense that probably needs to be given less power. Those people should be limited from joining in on your conversations. On the flip, I’m not sure that public figures should necessarily be given options that could limit criticism.

If anything, I’m at least interested to see how Twitter rolls this out, if they set different rules depending on the user, and then if it needs to tweaked, they do so smartly.

We’ll let you know once this starts rolling out.