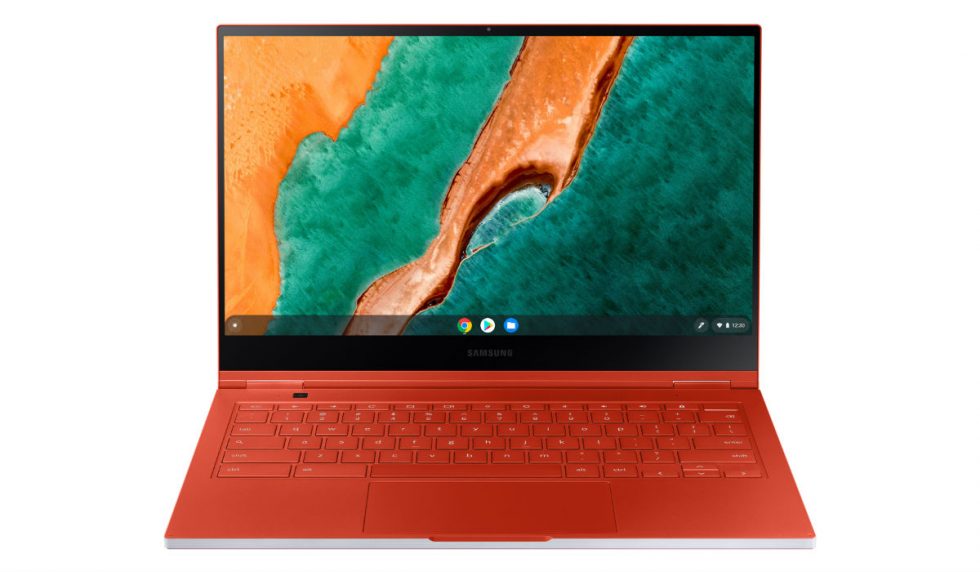 According to tech journos on the web, Samsung might’ve just released the nicest Chromebook of all time! Wow!

Called the Galaxy Chromebook and priced starting at $999 set for release in Q1 of this year, the specs do align with what you would label as a solid laptop. It features a 13.3″ 4K AMOLED touchscreen display, 10th-Generation Intel Core i5 processor, up to 1TB of storage, up to 16GB RAM, WiFi 6 connectivity, fingerprint reader, plus an S Pen built into the body.

Full specs can be viewed below. 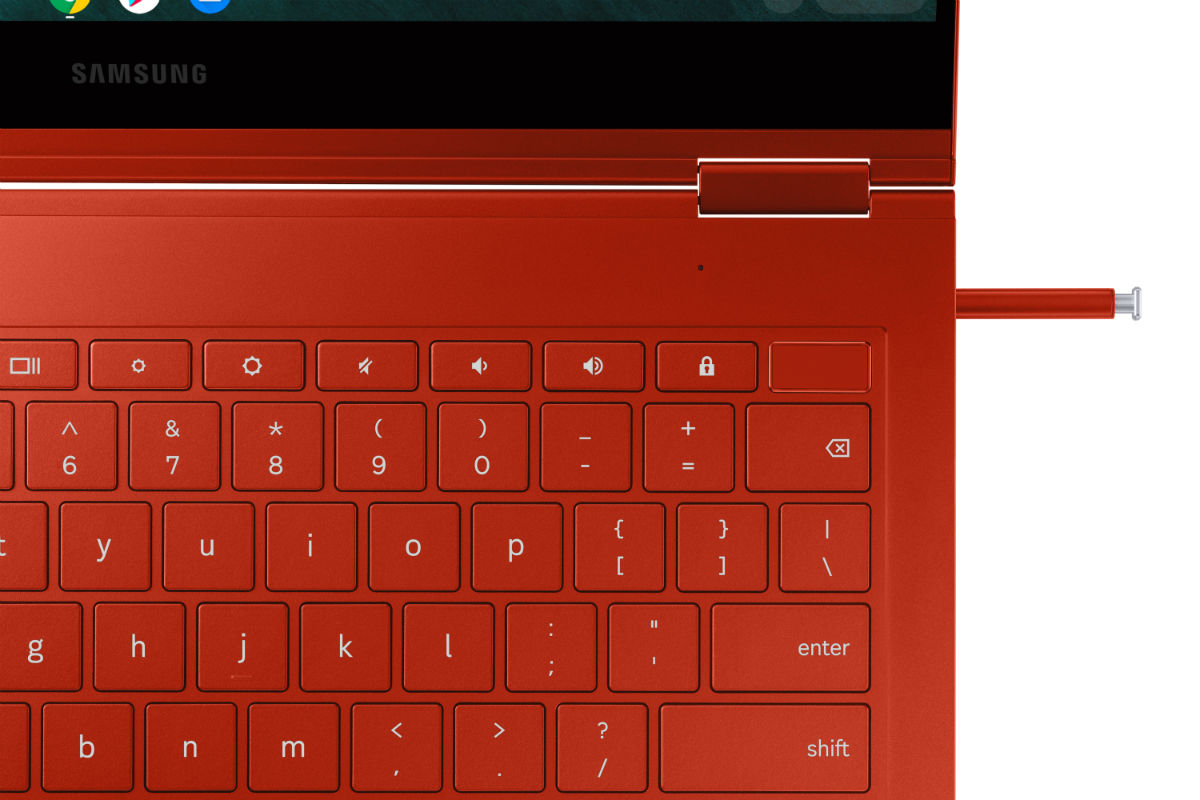 The main highlight of Galaxy Chromebook is what should be a gorgeous 4K display. According to Samsung’s press release, “Galaxy Chromebook will soon come with HDR400 that delivers high-contrast graphics, along with Ambient EQ capabilities, so you get a viewing experience that’s vivid and easy on the eyes, so that you never walk away from your computer feeling strained.”

Galaxy Chromebook will be available in both Fiesta Red and Mercury Gray in Q1 2020, starting at $999.99. 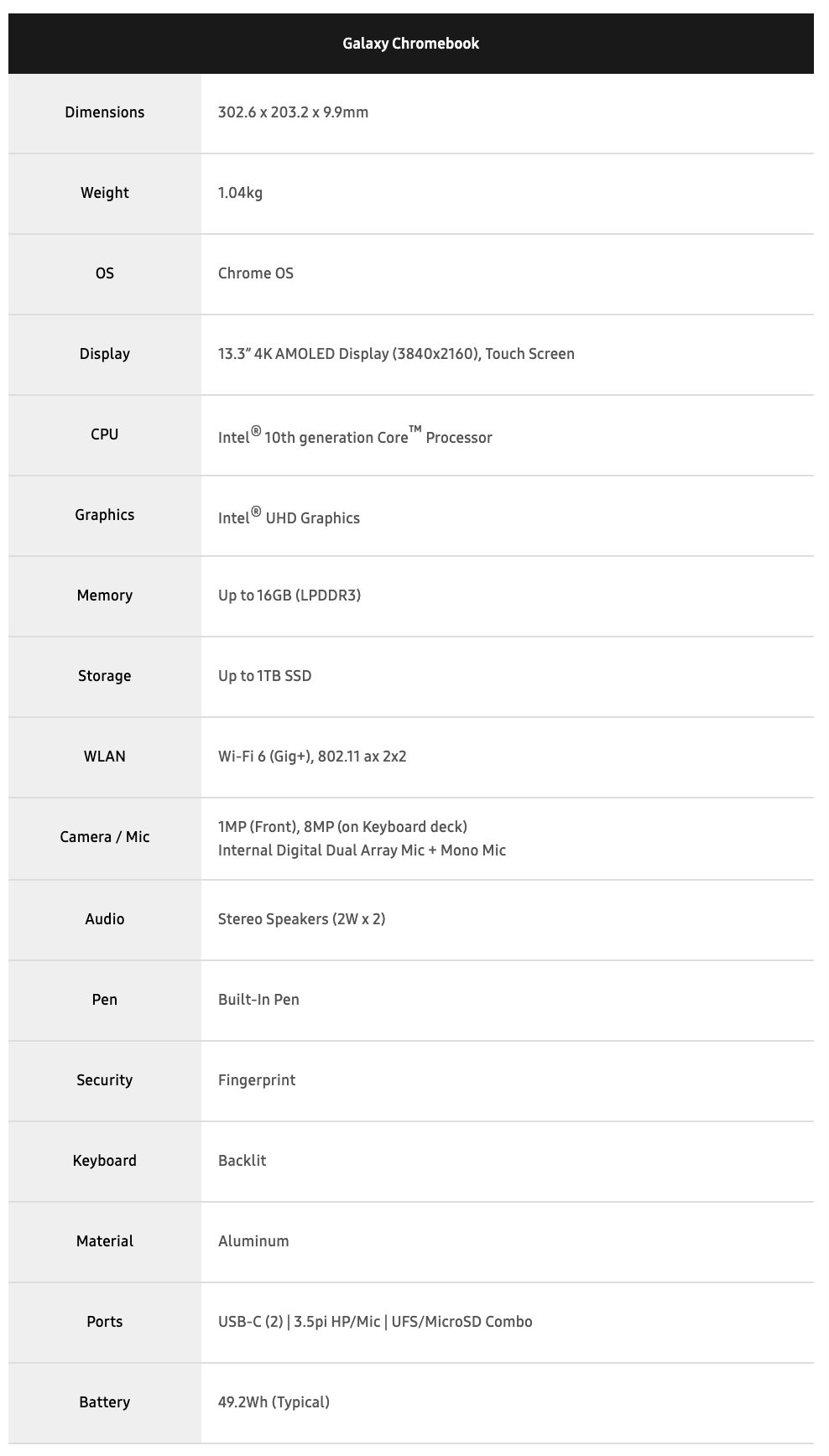