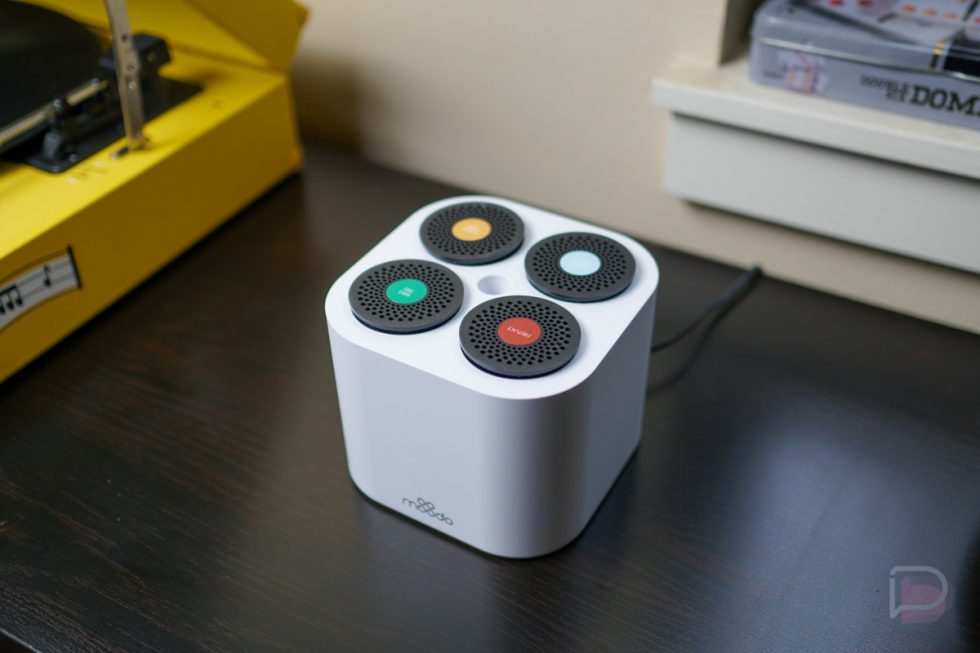 Ahead of getting a Moodo Smart Home Aroma Diffuser in my house for review purposes, I had a simple diffuser in my living room. You know, the kind you put water in with essential oils and it sprays a light mist every few minutes. Diffusers are great for homes with stinky animals, which my two dogs qualify as.

When I learned of Moodo, with its smartphone app and WiFi-powered operation that could control scent output and schedule runtimes, I was very intrigued. With Moodo, there is no water, just little scent pods that you install and create smell-based moods with. It sounded easy and cool.

However, having a smart diffuser in my home has made me realize that there are just some things that don’t need to be complicated and weighed down with technology. 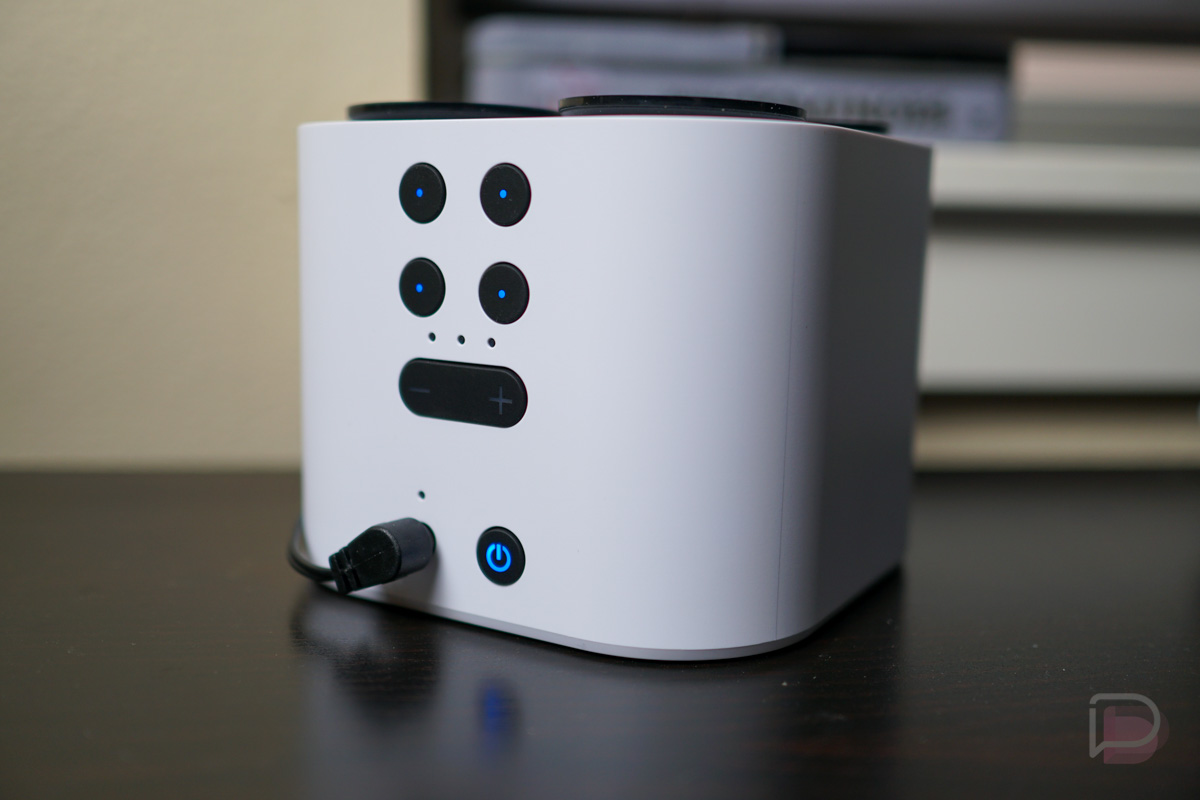 The idea for Moodo is great. It’s a little diffuser machine with four scent slots on its top. You can opt to subscribe to Moodo to receive different scent pods (priced starting at $24/month) or you can buy whatever scent packages you want. Scent packages start at $30. In a perfect world, you plug in the diffuser, install your scent capsules, open up the Moodo app, and then go about playing with different scents and controlling the fans speed to create whatever type of mood you want.

Unfortunately, Moodo’s app is not very good at all, and when it comes down to it, the cost of ownership just seems like way too much to justify for a diffuser. For the app, the setup process is clunky, with owners needing to connect to Moodo’s own WiFi signal in order to get it hooked up to your home’s WiFi network. The first couple tries didn’t work for me, but after restarting the app, I finally got it connected.

Once connected and pods installed, understanding its UI looks easy, but it’s not a straightforward task. On the bottom, you have pre-made scent profiles based on the pack you have installed, which is neat. To the left of that, there’s the fan control, I think. It’s not labeled, but either way, nothing seems to happen when I slide it around. As a user, I’d appreciate knowing what that slider is for. Fingers crossed for an indicator at some point in a future app update.

The app also suggests integration with Google Assistant, but from what I can determine, that functionality is non operational. When you open up Moodo in Google Assistant, you can either “send to device” or “set up.” I’ve hit both buttons and have also tried discovering the unit inside of the Google Home app, but nothing seems to work and when I ask Google Assistant to control Moodo, it has no idea what I’m talking about.

Another feature of the app that only seems to partially work is the interval settings. There are three to choose from, but sometimes, they don’t seem to want to work. Users can choose between Powerful Moodo, Efficient Moodo, and Saver Moodo. I try to run Efficient Moodo, which means every 10 minutes the machine takes a 10 minute break. Again, when this function works, it’s great, but sometimes when I’ve enabled the interval feature, the machine simply doesn’t do anything. It’s all very hit or miss in terms of pure operation.

Other times, the app doesn’t seem to properly identify if capsules are installed or if capsules are there at all. I’ve opened the app to see scents I don’t have and never have had installed, and currently, I’m seeing an open capsule slot in the app when I most definitely have a capsule plugged in. Again, hit or miss if it all wants to function properly. 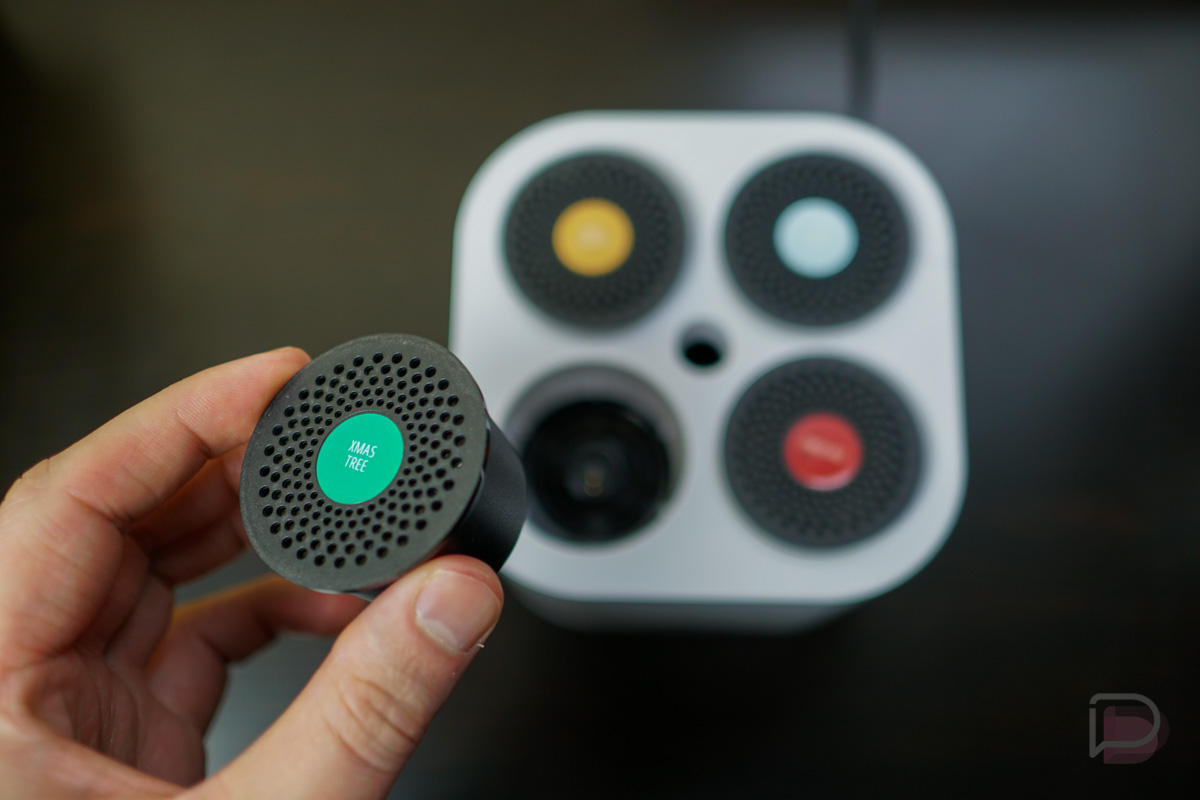 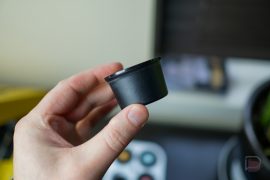 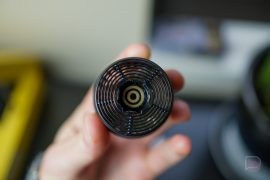 In the app you can create your own scent profiles, which is one of the features that drew me into the concept of Moodo initially. Making the profiles is all fine and dandy, but if controlling the unit via the app is a janky experience, the whole thing becomes a mess and not something you want to deal with. Right now, because I’ve decided to save myself the stress, I limit my usage to simply turning it on and off. Given an aroma diffuser is about the potential for alleviating stress, the fact that operating Moodo stresses me out is something I find very amusing. Classic irony.

When it comes to overviewing a product like this and potentially recommending it to any of you, I think to myself, would my mother be able to set this up on her own? Mind you, she’s very tech literate and capable of many things, but having the patience to set up Moodo might be beyond her. However, it really is just the app experience that makes Moodo a poor buy. If they were to revamp this thing and make it easier to set up and use, I could easily see myself enjoying it. If it worked flawlessly, maybe that $24/month subscription wouldn’t completely boggle my mind. As it stands right now, there’s no way I’d pay that. 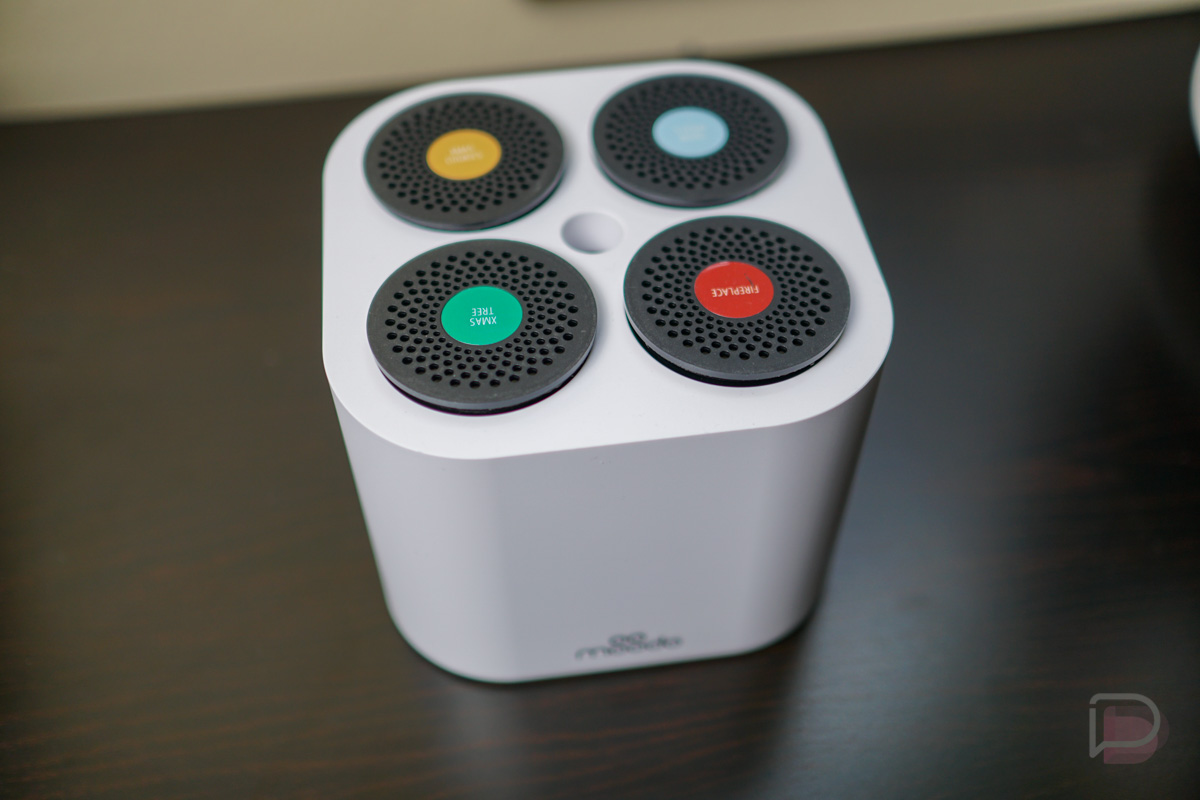 If you want to give Moodo a try for yourself, it’s currently 40% off for the holidays, bringing a unit down to $84. If you pick one up, you’ll need the app. Its reviews align with my feelings on the product rather well — a solid 2-star experience.